Was this woman really denied an internship because of what she was wearing? 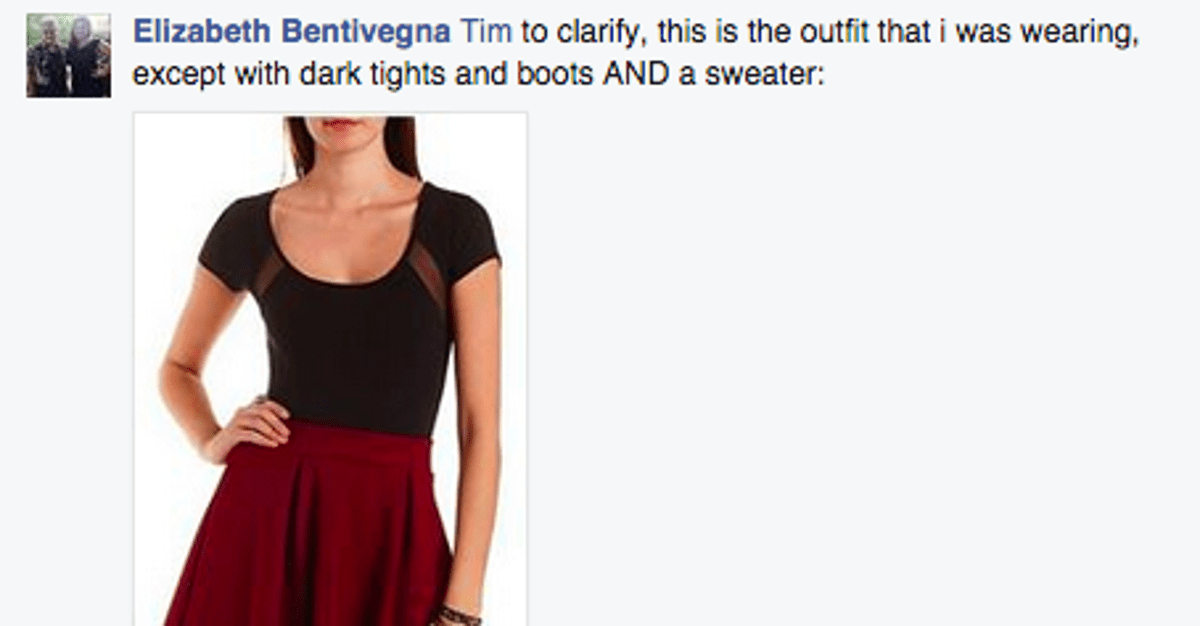 The Libertarian Republic shared Elizabeth Bentivegna’s post-rejection Facebook rant, in which she claimed that she wasn’t brought on for a summer internship because of how she was dressed.

So my friend got rejected from a programming job today because she was wearing too much makeup. pic.twitter.com/GwnibrmGoD

The recruiter told Bentivegna she was “unprofessional and not put-together,” in part because of her attire and in part because she was late, The Daily Dot reports. That was a surprise to her. She said she wore a very conservative outfit and that she though she meshed well with staff.

“I felt very good about all of my conversations—I thought I got along very well with everyone and I got a good vibe from the environment,” Bentivegna told the Daily Dot in an email. “One of the engineers asked me a programming question and my answer was correct—he even complimented me on asking a question about the problem that none of the other candidates had asked.”

The recruiter got back in touch several weeks later and said that, though her technical skills were up to par, OnShift was “not going to” hire her. The firm did not respond to Daily Dot’s requests for comment.