Does Hillary Clinton have a body double?

Many on the internet came to this conclusion after the Democratic Party’s presidential nominee fainted publicly and reemerged from her daughter’s apartment with a smile on her face in the afternoon.

RELATED: Reports on Hillary Clinton’s exit from a 9/11 memorial ceremony might confirm what some believe about her health

It did not take long for #HillarysBodyDouble to start trending. Some said that having pneumonia, collapsing hours earlier and not being surrounded later on by security or doctors was an indication that this was not the real Hillary Clinton.

Take it away, internet:

She collapsed hours earlier but not ONE person near her in case it happened again? #Delusional pic.twitter.com/9jkwpUcwwJ 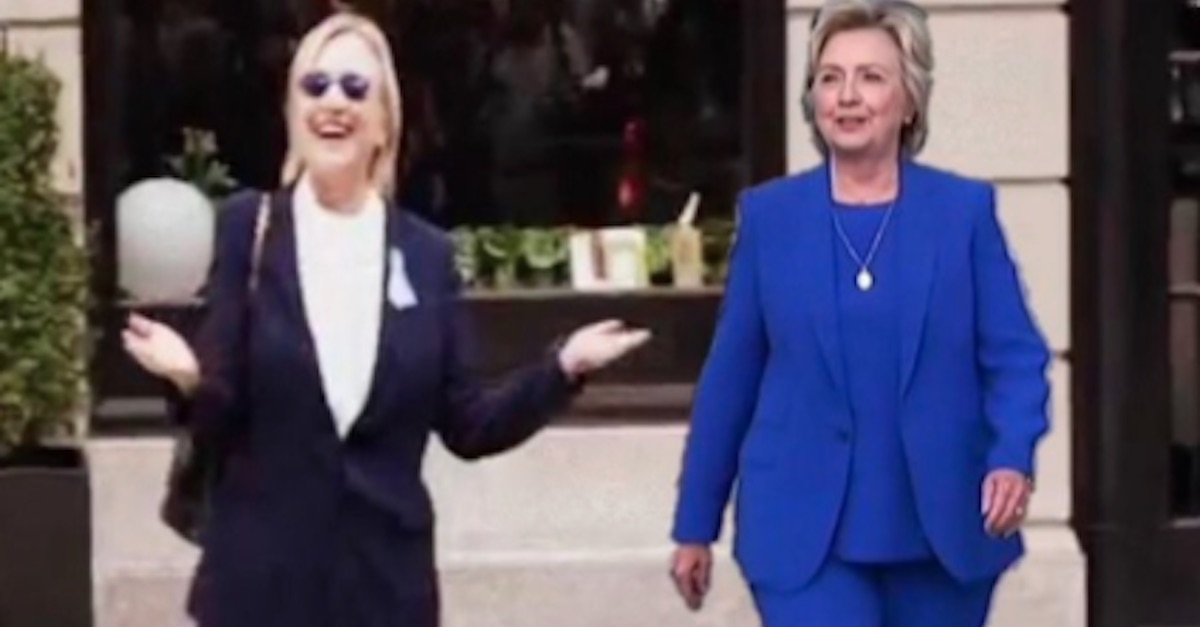