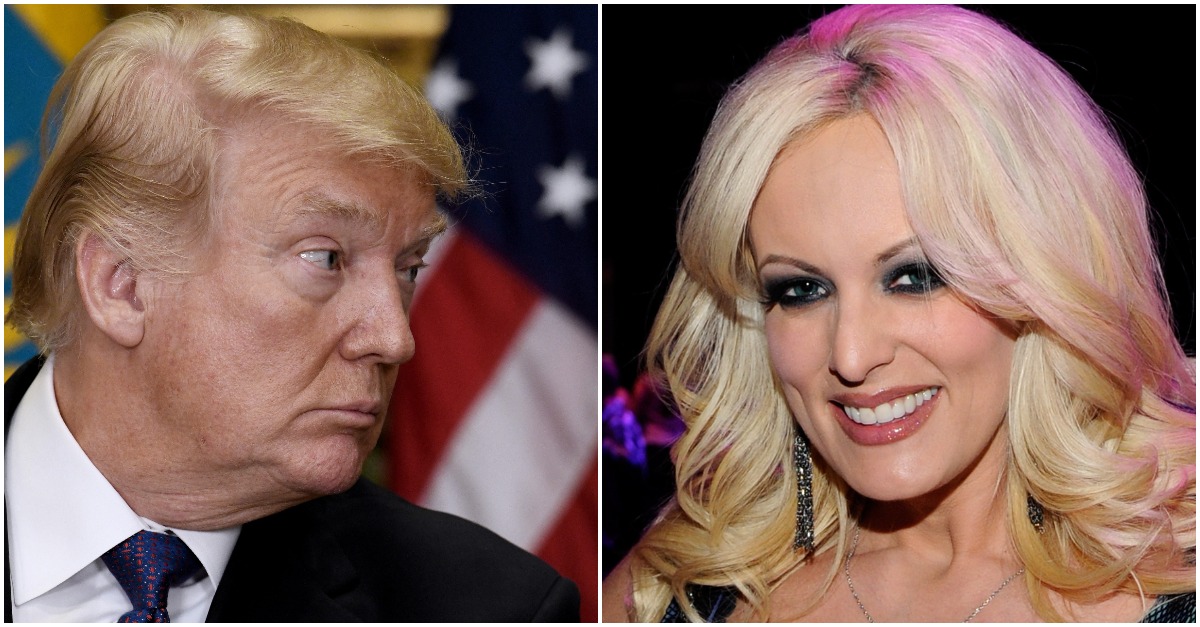 The interview dates from 2011, five years after Daniels reportedly had sex with Trump while the pair were at one of the president’s golf tournaments in Nevada. In Touch claims that they gave Daniels’ a polygraph test following the interview in order to test the veracity of her statements — she passed. The actress told the magazine that “[the sex] was textbook generic,” adding “I actually don’t even know why I did it, but I do remember while we were having sex, I was like ‘please, don’t try to pay me.'”

RELATED: A White House doctor released a full bill of health for President Trump, and here?s what people are complaining about now

She says that after the golf tournament, Trump approached her and asked for her number and that they posed for a photo together. He then asked her to dinner and she told In Touch that when she got to Trump’s hotel room, she was greeted by a bodyguard named Keith — presumably Trump’s longtime bodyguard Keith Schiller. The pair had dinner in the room, which led to sex. She says that at one point in the night, she went to the bathroom, recalling, “when I came out, he was sitting on the bed and he was like, ?Come here.? And I was like, ?Ugh, here we go.? And we started kissing.”

After sex, Trump reportedly told Daniels “I’m gonna call you” several times and said “You’re amazing. We have to get you on ‘The Apprentice.'” Their affair allegedly occurred a few months after Trump married his third wife, Melania. According to the timeline, Melania was pregnant with Barron while her husband was having sex with Daniels. Both Trump and Daniels have denied the stories.

“Come hang out with us. Come have fun. Let’s party”- Alana Evans, friend of former adult-film star Stormy Daniels, says Stormy confided in her about a sexual encounter she had with President Trump in 2006. #MegynTODAY pic.twitter.com/KKERSDoy4f

The affair first surfaced last week when The Wall Street Journal reported that Trump’s attorney arranged for a $130,000 payment to Daniels in exchange for her silence. Since then, the affair has been picked up by a number of outlets. A reporter at Slate claims that he was putting together a piece on the tryst when Daniels went silent on him and texted him photos of what appeared to be the non-disclosure agreement that Trump’s lawyer gave her. Fox News was allegedly preparing to air the story before shelving it, according to CNN. On Tuesday, one of Daniels’ friends appeared on Megyn Kelly Today and said that she was present on the 2006 night that Daniels and Trump had sex.