Another day, another pointless and relentlessly partisan James Comey hearing 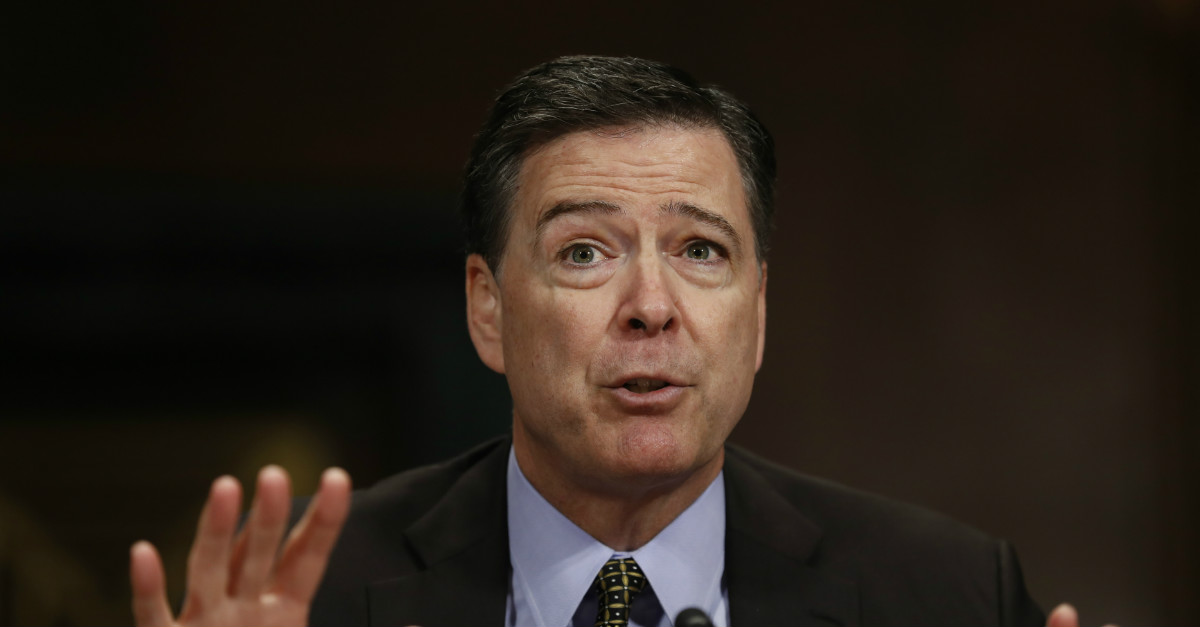 When people in Washington are asked to name the hardest job in the U.S. government, they tend to give three answers: chief of staff, national security advisor and press secretary. But in the James Comey era, we might put director of the Federal Bureau of Investigation in the top tier.

The last 10 months must have been the most difficult and stressful time in Comey’s extensive career. A man who was once praised by Democrats and Republicans alike for being a by-the-book law enforcement professional — the guy who stood up to White House Counsel Alberto Gonzales and Chief of Staff Andy Card in Attorney General John Ashcroft’s hospital room to block a surveillance program that he deemed unlawful — has now turned into a leper.

If you don’t believe me, just take a look at Comey’s hearing today in front of the Senate Judiciary Committee. He was absolutely lambasted by Republicans and Democrats for being both too secretive with his investigations and too transparent with his investigations. He was also trashed as a partisan zealot. Democrats on the committee all but accused Comey of using his authority to tilt the general election towards Donald Trump, an argument that’s patently absurd — the FBI director doesn’t seem to respect politicians of any partisan hue, let alone Trump.

RELATED: The election is over but Hillary Clinton’s self-pitying presidential campaign rolls onward

In any case, lawmakers once again used their spots on the dais to badger their witnesses and play for the C-SPAN cameras. I’m all for strong and effective congressional oversight of the FBI; indeed, who the hell knows what the bureau would be able to get away with absent Congress ensuring that things are run above board? But there’s a big difference between using Congressional hearings to perform vigorous oversight and leveraging your status as a senator to ludicrously paint the witness as a subversive agent conspiring against America’s democratic system.

Hillary Clinton and President Donald Trump haven’t made things any smoother for Comey. The two disagree on a raft of issues, but what they seem to agree on is that the FBI director is a convenient target. In less than 24 hours, Comey found himself in the crosshairs of both, with Clinton faulting his Oct. 28 letter to Congress for damaging her chances to win the White House and Trump blaming Comey for not prosecuting Clinton for transmitting classified information.

RELATED: That James Comey hearing was a disgrace to American democracy

When two of the most well-known names in America view you as a piñata, it’s very hard, if not impossible, to defend yourself effectively. This is doubly the case for James Comey, who has the FBI’s institutional integrity to protect and can’t be seen lashing out or using Bureau resources to protect his ego.

Whatever Comey chooses to do, he can’t win. And he certainly won’t ever be able to please everybody. So the best he can do is what’s he’s currently doing: stay underwater for as long as possible, continue with all these politically controversial investigations until the facts are out and poke his head up only when it’s absolutely necessary. Problem is, whatever he does, the partisans are still there to make his life miserable.