Yesterday’s blockbuster, five-hour-long House Intelligence Committee public hearing should be all the evidence you need that an independent investigation is needed into Donald Trump’s ties to Russia, either by a special prosecutor or a bipartisan commission. Unless Americans are eager to watch a divisive partisan spectacle on their television screens for the next nine months, then Congress needs to be kept out of this matter entirely.

I had hoped the House Intelligence Committee could act in a bipartisan fashion, with Republicans and Democrats uniting for what would need to be an exhaustive probe. We are, after all, talking about a very serious matter, perhaps the most dire intrusion into our democratic system ever. Surely legislators could set aside their differences and get this done, before the 2018 elections roll around and Russia has another chance to meddle.

Sadly, my expectations turned out to be very naive and amateurish.

FBI Director James Comey and NSA Director Admiral Mike Rogers had to endure five hours of answering the same questions over and over again about how terrible leaks of classified information to the press are, how Trump’s tweets on Obama’s wiretapping aren’t backed by any evidence whatsoever, and how Vladimir Putin is a bad, bad man. There was a lot of “I can’t get into that” and “that’s not something I can comment on” from Comey, but answers from the FBI director really weren’t necessary – the whole hearing was designed for Republicans and Democrats to get their talking points out. In that, both sides succeeded.

Chairman Devin Nunes and his fellow Republicans on the panel sought to focus as little on Trump’s idiotic tweets as possible. A far more serious matter to them was the repeated leaking of information to the media that’s recently embarrassed the president and undermined the credibility of his administration. As Dana Milbank wrote in the Washington Post after the hearing, “instead of being shaken from complacency and uniting to make sure [Russian hacking] never happens again, the Republican majority on the House Intelligence Committee mounted a reflexive defense of Trump.”

It wasn’t just Republicans being political, however. Ranking Member Adam Schiff, a normally stoic and facts-oriented lawmaker, turned into a criminal lawyer during his opening statement (Schiff was a prosecutor before he was a congressman), in which he listed a chronology as to when certain Trump associates met with certain Russian officials and suggested that the Trump campaign changed the Republican platform because there were some shady financial and political dealings going on between the Kremlin and Trump’s associates. To Schiff and committee Democrats, this wasn’t a happy series of coincidences, but near-proof that the Russians and Trump’s people conspired during the presidential campaign.

Americans, if they were watching to begin with, must have turned off the television wondering what the point of the entire thing had been. Certainly, the hearing wasn’t geared towards getting at the truth.

This is because, if we want the truth, Congress isn’t the one to deliver it. As former Clinton and George W. Bush administration official Peter Feaver wrote of Russian infiltration, “[t]he issue is too important to ignore, but too beset with partisan cross-currents to be adequately investigated by a body that is itself at the mercy of partisan forces.”

The choice is clear: either the congressional leadership exhibits the guts to create a special commission, or they continue with a political charade designed more as preparation for 2018 than uncovering the reality. 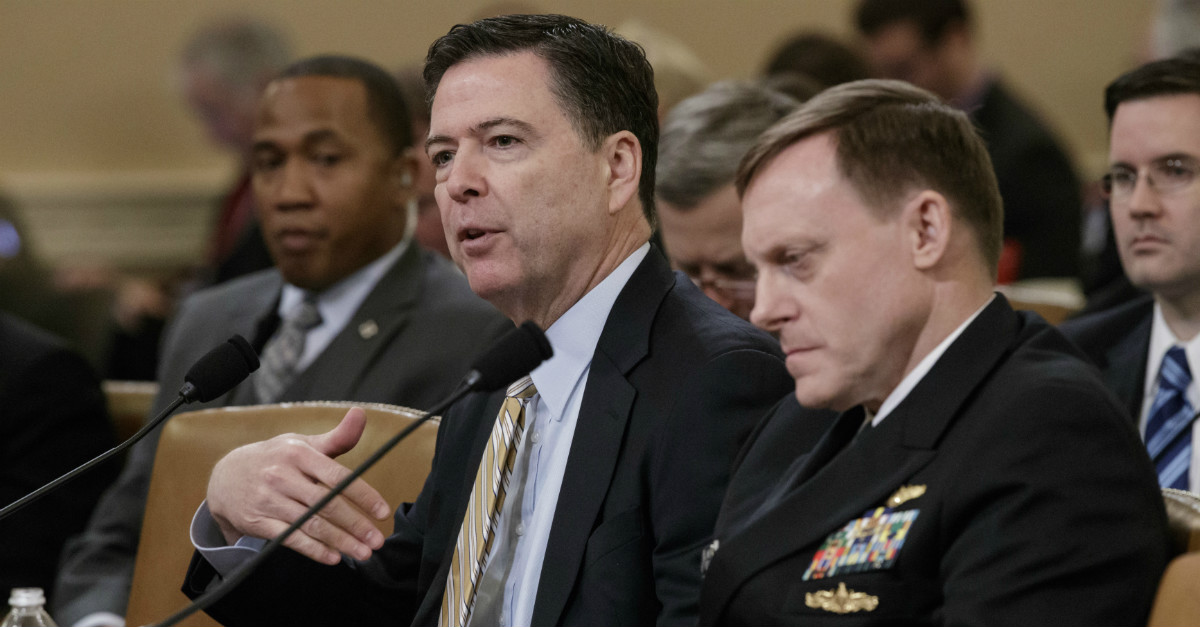