Can we please try to keep politics and the NFL separate this season? 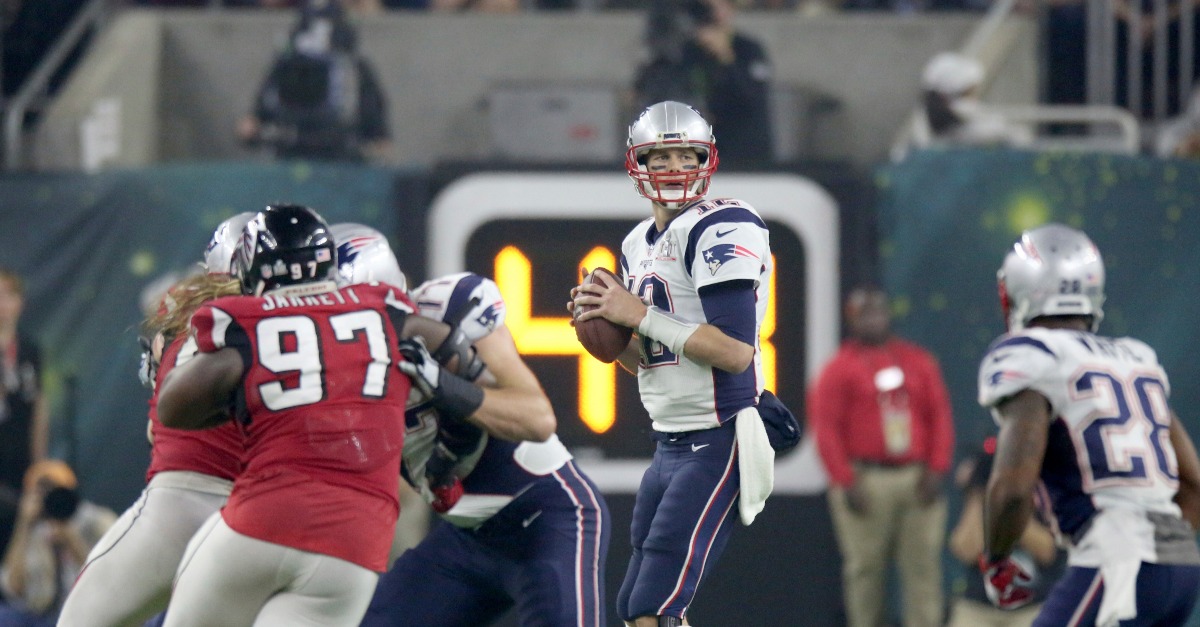 It’s late August, and you know what that means: time to speculate recklessly about the upcoming NFL season. The New England Patriots have lost both preseason games they’ve played so far, meaning they’ll go 0-16, probably. The New York Jets’ breathless consideration of Josh McCown, the 34th-ranked quarterback in football, can’t foreshadow anything good. The trajectory of the trail of banana peels Commissioner Roger Goodell will inevitably slip on is up for betting, though most analysts agree it unfortunately won’t tumble him into the unemployment line.

So much hype to consume — yet all anyone was talking about on Wednesday was a college football announcer. Robert Lee, an Asian-American play-by-play guy for ESPN, was reportedly pulled from covering a University of Virginia game in Charlottesville because of his name. Lee himself was notably not a belligerent in the Civil War — not even one of those interchangeable Northern generals that Lincoln fired — and the controversy around him turned out to be something of a punt fake. He wasn’t yanked by a politically correct ESPN; he was approached by higher-ups in Bristol who discussed the matter with him. It was Lee himself who agreed to switch to another game.

RARE POV: Why does Tomi Lahren keep screaming at me?

Unfortunately, the internet is not known for its nuance and ability to correct course. Memes were made, inflammatory headlines were aired, and away we went. But even if Leegate turned out to be fake news, it did touch on an important reality: sports and politics have increasingly merged. Colin Kaepernick’s taking a knee in protest of police violence — since imitated by a litany of players including most of the Cleveland Browns offense — is only the most visible example of this. There’s been a backlash against Kaepernick, which it’s become fashionable to blame on angry, white, crapulous football fans. And while there’s probably a little of that, I think it has more to do with something else: a general weariness over the culture war constantly popping up on the gridiron.

Keep your CNN off my ESPN. That was my battle cry last season, and I’m bringing it back.

Of course there’s nothing wrong with a quarterback quietly adjusting his posture to promote awareness, just as there’s nothing wrong with Tom Brady surreptitiously keeping a “Make America Great Again” hat in his locker. The recreational has always been somewhat entangled with the political. No one (I hope no one) would begrudge those who demanded that baseball teams racially integrate, even though at the time it became a subsidiary fight in a national debate.

What’s made the difference today, I think, are the 24-hour news networks, which seize on these issues for ratings, balloon them into controversies, and toss them like chum to Stephen A. Smith and Max Kellerman, who tear and claw them apart. And then they get regurgitated on the next show — “His and Hers,” or whatever the hell it’s called — and then the next and then the next. Sports in politics hasn’t just gone deep; it’s gone wide, and that’s made it difficult to avoid.

This is a consequence of, among other things, the left’s decades-long insistence that the personal is political, that nothing you do fails to touch the greater struggle against injustice, that if you have a voice, you must use it. This has led us to politicize everything — witness the almost-boycott of the Santa Monica Symphony Orchestra after they had the gall to invite a conservative radio host to conduct — but it’s especially grating with sports. People watch games as a reprieve from the seriousness of their lives. Players get paid top dollar to be characters in those fantasies. Politicizing athletes is annoying for the same reason Hollywood’s activism can chafe: it disrupts the illusion, intruding upon it with reality.

Such pervasive political hectoring has consequences. Sometimes we wearily submit to it; other times we become politicized ourselves and react. And if even human Buicks in pads tossing around the hide of a slaughtered farm animal must be conscripted into the struggle, then nothing is safe. It isn’t healthy to siphon everything in our lives into some grand clash of values. When Pat Buchanan popularized the term “culture war,” I doubt he ever foresaw that it would come to consume all culture, high and low. Sometimes we need to stand up and speak out; other times, for God’s sake, just sit down and watch.