Could a dummy with a hand up his you-know-what run the White House better than the current field of candidates? 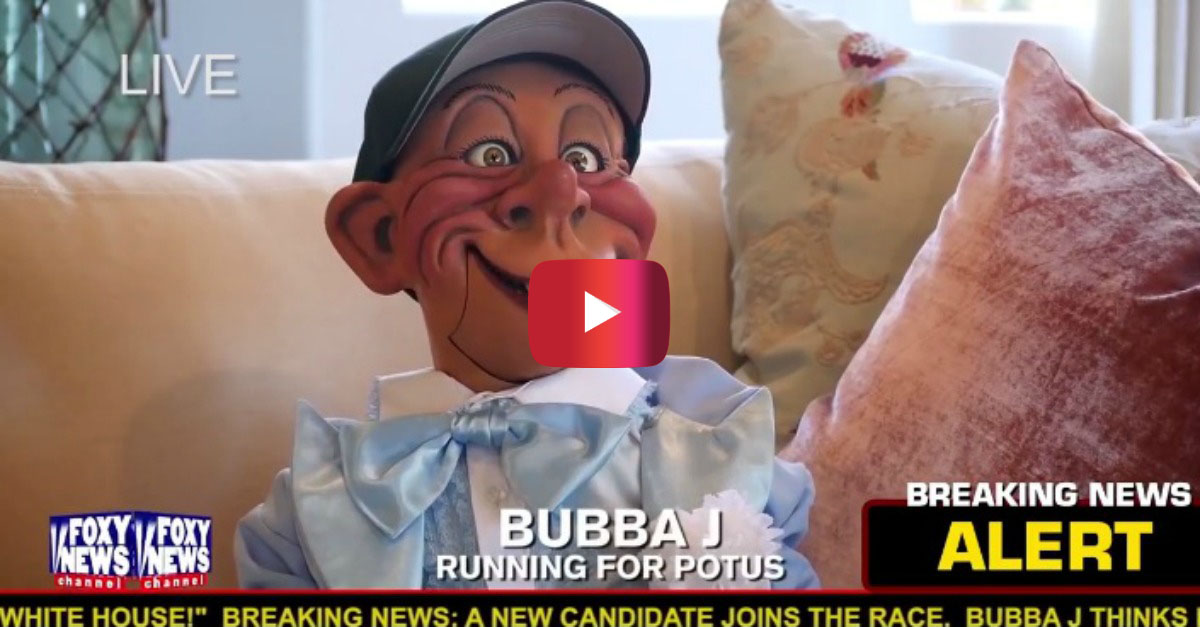 Ventriloquist and stand-up comedian Jeff Dunham is hoping to bring a little levity to the presidential race. He just released a Fox News spoof of his character, Bubba J, announcing his candidacy for president.

Bubba is a beer-loving guy who pokes fun at political correctness and stereotypes. His grounds for joining party politics: “whichever party has a keg.”

Check out his plans for the White House –and, to be fair, a black house, too– in the above video.

Does he have your vote?