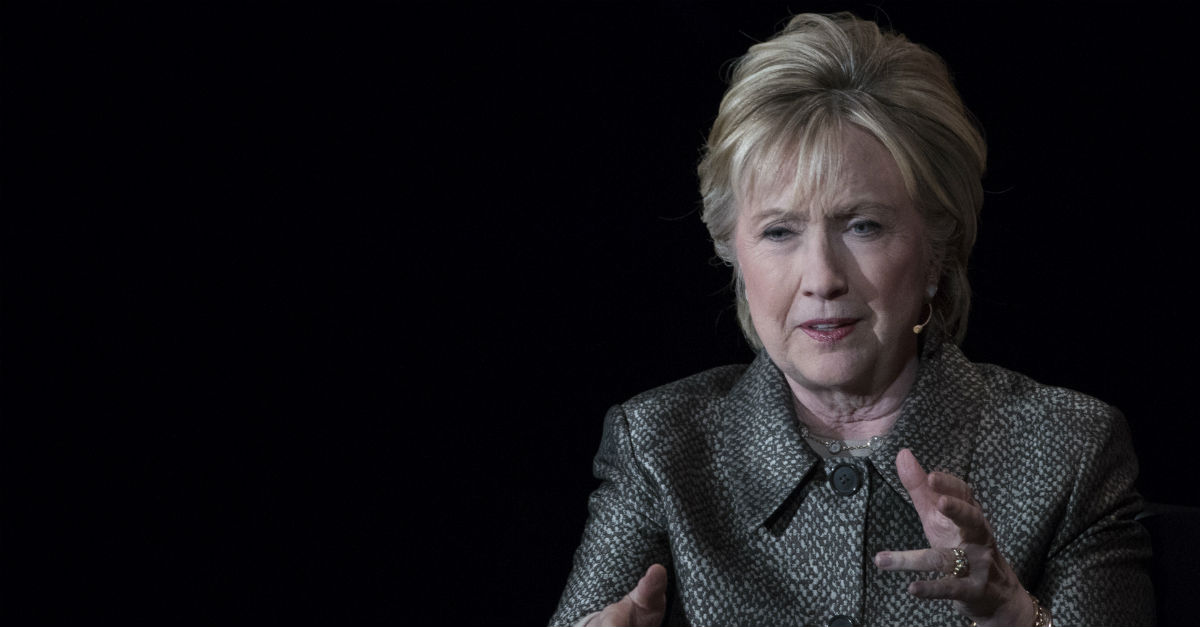 On April 18, “Shattered: Inside Hillary Clinton’s Doomed Campaign” will hit bookshelves, but excerpts of the manuscript are already floating around the internet. The authors, Jonathan Allen and Amie Parnes are both seasoned DC journalists who have written for Politico, Bloomberg, Roll Call and The Hill. In 2014, the pair published “HRC: State Secrets and the Rebirth of Hillary Clinton.”

“Shattered” will cover the failed campaign of the former secretary of state. And while just about everybody has been blamed for Clinton’s loss, the new book seems to place the blame directly on the presidential candidate. An excerpt published on The Hill, begins, “Hillary was so mad she couldn’t think straight.” What follows is a synopsis of Clinton, fresh off a loss in the Michigan primary, preparing for a debate with challenger Bernie Sanders. When Jake Sullivan, Clinton’s chief strategist, corrects her answer, she snaps at him and spends half an hour firing belittling comments. Allen and Parnes write, “Every time the Yale lawyer and former high school debate champ opened his mouth, Hillary cut him off…then she’d hammer him with a Bernie line.”

RELATED: Bill Maher destroys Hillary Clinton after her speech this week, hopes she “stays in the woods”

RELATED: Hillary Clinton celebrates the demise of the Republicans’ health care bill: “Today was a victory for all Americans”

Clinton’s loss in Michigan was the first real sign that Sanders could potentially defeat her. The journalists claim that she ranted at campaign staffers after the defeat. The truth, according to those staffers, is that Clinton never tweaked her campaign, even when it desperately needed to change course.

The underlying truth — the one that many didn’t want to admit to themselves — was the person ultimately responsible for these decisions, the one whose name was on the ticket, hadn’t corrected these problems, all of which had been brought to her attention before primary day. She’d stuck with the plan, and it had cost her.

The excerpt from the book also alleges that former President Bill Clinton was “in her ear the whole time, spurring her on to cast blame on others and never admit anything.” During a conference call between the top members of her staff, Clinton reportedly discussed the focus on her email server with the air of “a disappointed teacher or mother delivering a lecture before a whipping.” Then Bill Clinton got on the line and “lashed out with abandon.”

Allen and Parnes write, “Hillary’s talented and accomplished team of professionals and loyalists simply took it. There was no arguing with Bill Clinton.” The call ended with Clinton’s stern voice on the phone, “‘You heard him,’ she admonished, ‘get it straight.'”