Is Alex Jones an inside job? 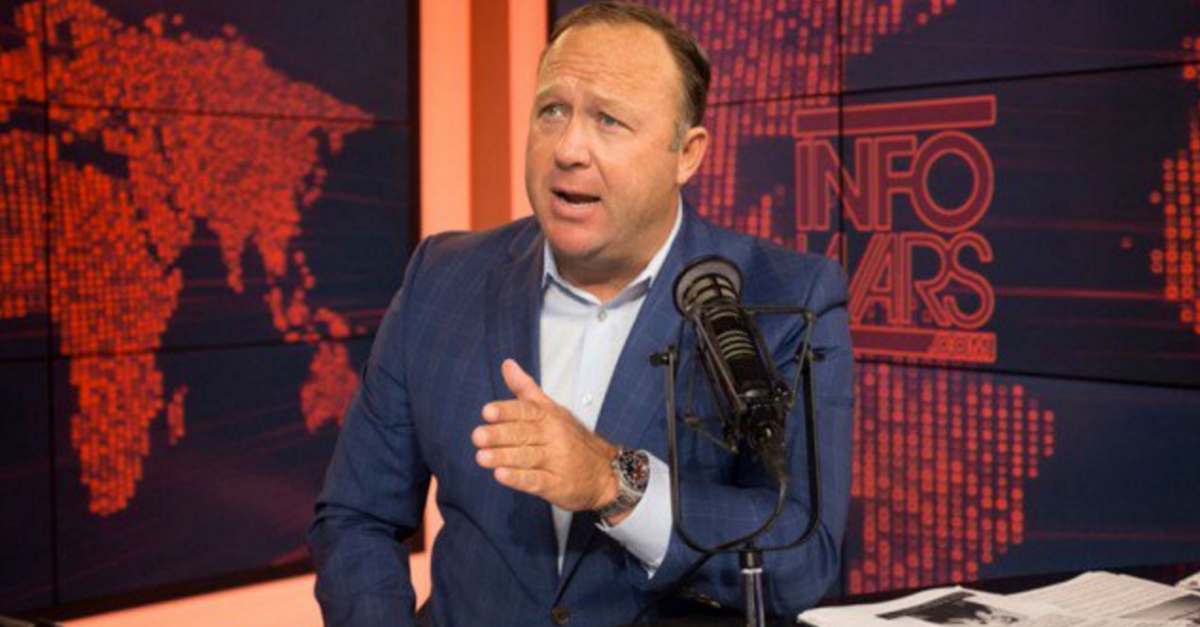 All movements, right and left, attract extremists. A libertarian movement that questions everything government does was probably bound to elevate someone like radio host Alex Jones; who, among other crazy things, thinks the federal government uses juice boxes to turn people, and frogs, gay.

I have long been embarrassed that too many self-identifying libertarians sullied our brand by buying into this crap. The Donald Trump phenomenon has also been a boon to Jones, with the famous conspiracy theorist even claiming to be in direct contact with the president.

Now, at least according to his lawyer, we’ve learned that it’s completely an act.

The Austin-American Statesman reported on Monday regarding Jones’ custody battle for his children, “At a recent pretrial hearing, attorney Randall Wilhite told state District Judge Orlinda Naranjo that using his client Alex Jones? on-air Infowars persona to evaluate Alex Jones as a father would be like judging Jack Nicholson in a custody dispute based on his performance as the Joker in ‘Batman.’?

?He?s playing a character,’ Wilhite said of Jones. ‘He is a performance artist.’?

RELATED: Alex Jones retracts one of last year?s most infamous conspiracy theories on the air

If this is true, it would be good for Jones’ fans to finally recognize his show for what it actually is: entertainment. I have been a fan of the late night paranormal program Coast to Coast AM for years, but it doesn’t mean I believe all the silly things I hear on the program.

Of course conspiracies happen — history is littered with them — and it is not illogical to theorize about what powerful people do unbeknownst to the public.

Alex Jones has long peddled this stuff. Now that we know it’s all an act, maybe more people can focus on the countless injustices government commits right in front of our eyes every day.