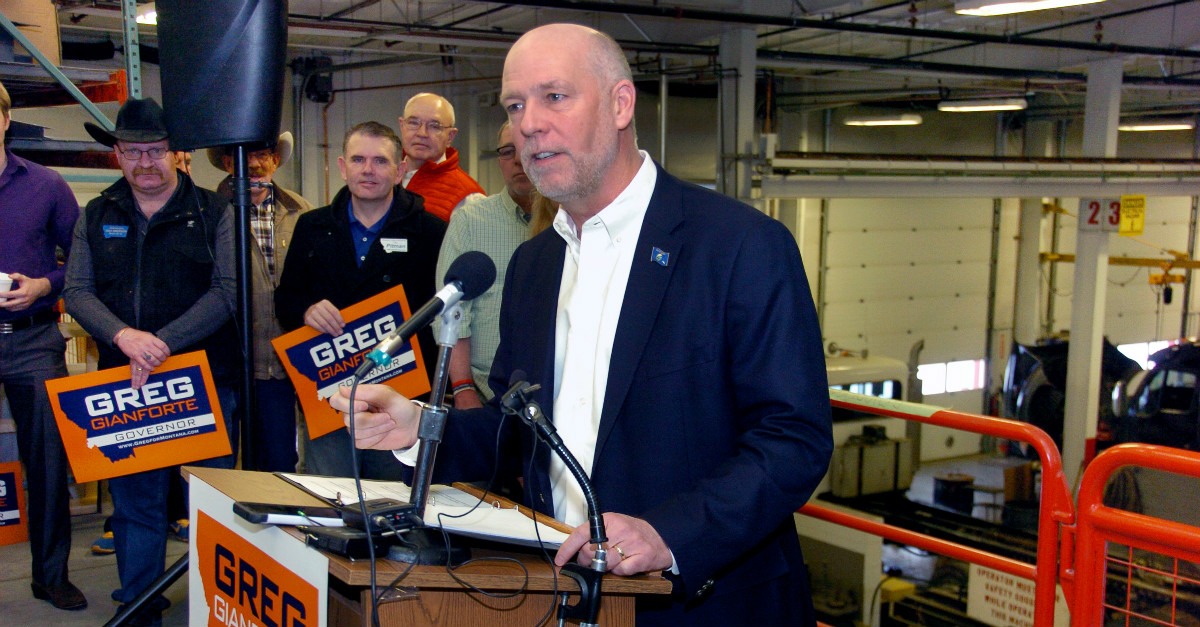 If the months following Donald Trump’s victory have taught us anything, it’s that Democrats perceive election results in one of two possible ways: there are victories and there are “moral” victories. Let’s call it the participation trophy approach to national politics.

That dynamic was on full display last Thursday night in Montana, when it became clear that Democrats would once again fall short in their quest to finally flip a congressional seat from red to blue. Republican Greg “The Body-Slammer” Gianforte comfortably bested his Democratic challenger by a little over six points, despite facing millions of dollars in spending and star power from super-relevant A-list celebrities

Did Gianforte underperform? Perhaps. But not by as much as you’ve been led to believe. Endless Internet ink has been spilled reminding sullen Democrats that Donald Trump carried the at-large district by 20 points. While it’s unquestionably true that Montanans prefer Trump to Hillary Clinton, it’s a mistake to characterize the Big Sky state as insurmountably Republican. Montana’s Jon Tester is, after all, in his second term in the Senate, and Gianforte himself was defeated by Democratic Governor Steve Bullock no more than seven months ago. And Gianforte is a deeply flawed (read: unhinged) politician as evidenced by certain, er, antics just hours before the polls closed.

RELATED: The lesson of Greg Gianforte: Bashing journalists, even literally, isn’t much of a liability

Despite the thumping, Democrats and their media allies predictably downplayed their latest setback. News outlets seldom failed to mention Trump’s comparatively large margin of victory in the district, reassuring their readers that progress had been made and the so-called #Resistance had scored yet another moral victory. Eighties sitcom star-turned-delusional election analyst Alyssa Milano insisted the Montana race had validated her wildest political fantasies:

Montana confirms it: The resistance is working https://t.co/AdunHpt3Kb /via @swingleft

With yet another “victory” under their belts, Democrats will next shift their attention to suburban Atlanta, where liberal upstart Jon Ossoff actually has a decent chance of winning a district he doesn’t quite live in. Polls have Ossoff locked in a tight race against former Georgia secretary of state Karen Handel, and the left-wing cognoscenti is practically salivating at the prospect of Democrats finally scoring an honest-to-God upset.

Who will prevail on June 20 is anyone’s guess. But the Democratic response and sympathetic media narrative are sure to follow a predictable template. To save Rare’s readers from having to sift through literally hundreds of election hot takes, here are the five (and only five) liberal reactions to next month’s Georgia special election.

This marks the imminent decline of the Trump administration. Following an unprecedented dual impeachment, both President Trump and Vice President Pence are to be deported to Russia. Speaker of the House Paul Ryan will then become the 46th president only to be paralyzed by his own moral weakness and the public’s disapproval of all Trump-era policies. Massachusetts Senator Elizabeth Warren will then effectively run the federal government until officially winning the White House in 2020. Also, somehow, Merrick Garland gets Neil Gorsuch’s seat on the Supreme Court.

Known as the “Robert Kennedy Jr. Zone,” this narrow Republican victory will invite charges of conspiracy. Voter suppression and Russian collusion will be the most popular allegations. Also, maybe the voting machines are evil, self-aware robots built by Koch Industries. Concluding that Republican policies will lead to widespread ruin and misery, the robots side with the GOP. This is their best chance to destroy humankind.

RELATED: Georgia’s bruising and historically expensive special election is a must-win for Democrats

This is the moral victory sweet spot. In this scenario, Republicans win but are forced to stay up until 11 p.m. waiting for the major networks to reluctantly declare it. Democrats are beside themselves with joy. “It should have never been this close,” they gasp. Sure, they don’t actually get another vote in Congress, but at least the #Resistance is in full swing. Trump still gets impeached but maybe President Pence won’t be so bad?

Look, it was always a long shot. It’s Georgia after all. These middle-America rubes were never going to understand the benefits of universal health care. Let them enjoy their SEC football and Confederate monuments.