Jon Ossoff was Democrats’ Scott Brown—except that he lost 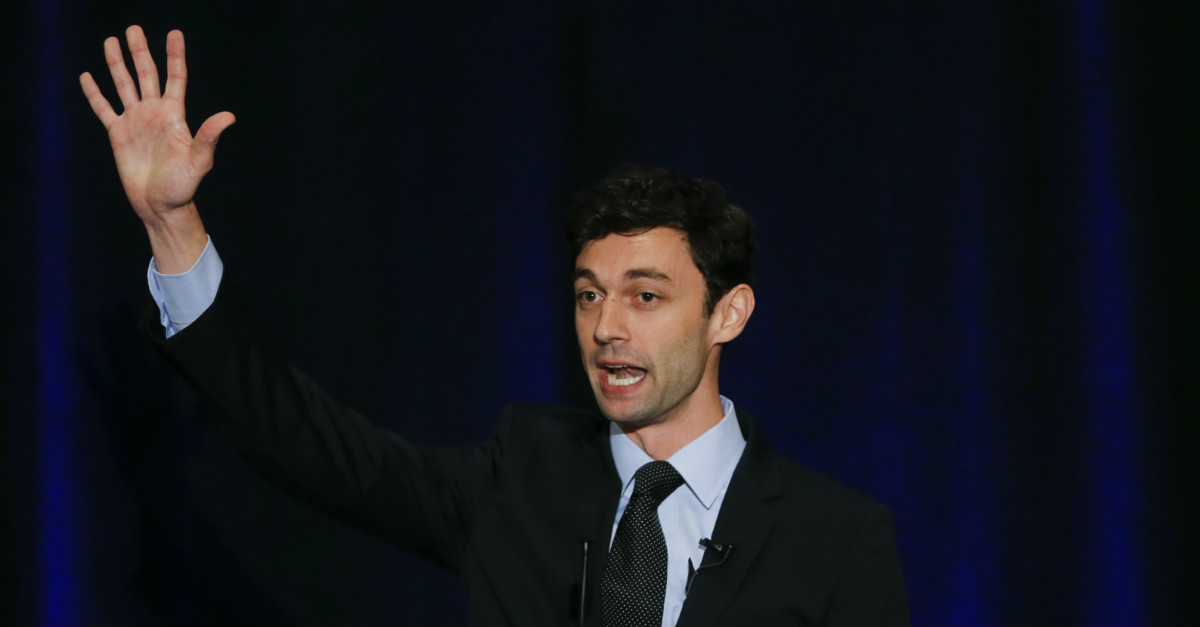 Indeed, in the contests to replace congressmen whom President Obama had elevated to executive positions, Republicans went zero for five. One of those, the notorious New York 23rd special election, was actually a net loss as an establishment Republican and conservative challenger split the ticket and allowed Democrat Bill Owens to squeak through. It wasn’t until the stirring triumph of Scott Brown in January 2010 that momentum truly shifted in Republicans’ favor—a pickup in Hawaii followed and then the tea party wave.

So don’t overanalyze yesterday’s top-dollar election in the Georgia Sixth. Democrats have racked up a string of losses but there’s no reason the streak has to continue, just as it didn’t for Obama-era Republicans. But it’s also important not to underanalyze last night’s results. Jon Ossoff—who is either an older Pharma Bro or a younger Kilgrave from “Jessica Jones,” I can’t decide which—wasn’t just another cannon-fodder Democrat marching masochistically towards Republican lines; he was a center-left Scott Brown; a young, attractive, luminescent talent up against a monochrome Republican; a moderate who talked much about local issues and promised to fight an unpopular health overhaul; a wunderkind thirsty for a win in enemy territory.

Indeed, given its changing demographics the Georgia Sixth was arguably more fertile ground for Democrats than Massachusetts was for Republicans in 2010. The scenery was in place for a rousing Democratic upset—and still, Ossoff didn’t pull it off.

Democrats can assuage themselves all they like with talk of reduced margins in red districts, but that’s to be expected: they’re in opposition right now, which means turbocharged activists and voters motivated by feel-good aspirations rather than cold governing results. Donald Trump is also a far more polarizing president than Barack Obama, having ditched Obama’s feints at “some say…while others say…” centrism and unleashed maximal rhetorical fury on the left. Those attacks should be galvanizing for Democrats yet they still couldn’t propel a winsome candidate over the top, despite his outspending his opponent seven-to-one.

This goes beyond Republican retrenchment in a red district. According to reporting by Thomas Edsall from earlier this month, a Democratic autopsy of the 2016 election uncovered issues more protracted than anyone expected, from total skepticism amongst the working class to perceptions of leaders as detached and alien. A controversial health care bill isn’t going to erase all that. Russia whodunits are fun for left-wing mouth-breathers following along at home; nothing more. At some point Democrats do have to start winning again. They’ll probably put a point on the board in the New Jersey gubernatorial race later this year but that won’t vanish their hurdles. They need a political reformation, one that offers more than mere antimatter to Trump.

As for the other side, Karen Handel’s victory shows that the GOP hasn’t mutated into the DJT, at least not yet. Handel ran as an box-checking movement conservative and barely mentioned the president. That strategy succeeded because her district is a suburban enclave that still prefers the older-fashioned (i.e. circa five years ago) fiscally conservative creed to Trump’s barnstorming populism. Out of the Georgia Sixth we find glimmers that the Orange Revolution may not have assimilated the entire right, that there might will be life for conservatives after this presidency, that the best political strategy doesn’t lie in total support for Trump or full-throated opposition to him but somewhere in between.

RELATED: A bad night for Democrats

We’ll see. In the meantime we can all savor tweets like this one…

At what point is this not a failure of Democrats but toxic, vindictive voters willing to elect hateful bigots? https://t.co/EYNDuzxzGL

…and enjoy schadenfreude at the expense of Democratic donors, who burned so much money in the Georgia Sixth that their cash bonfire has surely developed solar properties, pulling several small objects into orbit around it. Perhaps the biggest takeaway from Ossoff getting Handeled is that the United States now has a three-party system: Democrats, Republicans, and Trumpian populists. The second of those, not the third, prevailed last night, while the first remains the sick man of American politics.