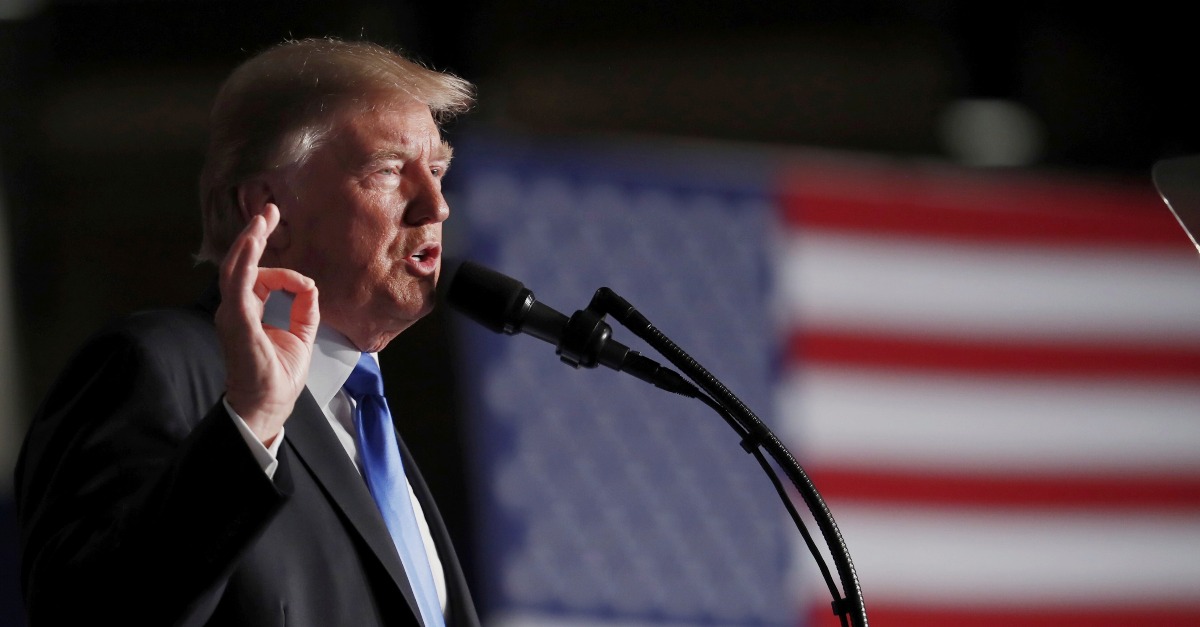 Donald Trump won’t tell us how many troops he’s adding to the 8,400-strong American military presence in Afghanistan. It could be a few thousand, it could be 10,000, it could be 4 million — who knows? But whatever the number is, does anyone seriously believe it’s going to win America’s war on terror there? If President Obama’s significant surge of 30,000 more troops into the Afghan maw didn’t solve the problem, why should a lesser yet otherwise mostly identical Trump strategy achieve anything more?

The president will tell you that his plan is actually different from Obama’s, because he isn’t going to communicate withdrawal deadlines to the terrorists like his quavering predecessor did. There’s something to that. Tell the jihadists when you’re leaving, the logic goes, and they’ll patiently bide their time until you do and then resurface to wreak havoc. But George W. Bush also insisted on eschewing deadlines ? “It makes no sense to tell the enemy when you plan to start withdrawing,” he said after vetoing a war funding bill with a timetable attached in 2007 ? and Iraq and Afghanistan still crumbled under his watch.

Refusing to announce a withdrawal date is at best an ancillary strategy. So what does Trump have in the works to actually kill terrorists and stabilize Afghanistan? His speech offered little beyond the derivative troop surge and renewed attention on Pakistan, which has been exporting terrorism over its border into Afghanistan. The president is right to be concerned about that ? Obama put “Pahkeestahn” on blast, too ? but how exactly is his stated strategy of playing nuclear rival India against the government in Islamabad going to improve anything? The key to Pakistani peace lies not in New Delhi but in Saudi Arabia, which has been funding Sunni terrorism in Pakistan for decades and whose rich citizens privately bankroll the Taliban. But Trump doesn’t challenge Saudi princes; he boogies with them.

RELATED: On Afghanistan, Trump offers nothing except an endless loop of what we?ve already done

Not to worry, though: Trump won’t be making the mistakes of George W. Bush’s ideology-besotted neoconservatives. “We are not nation-building again,” he declared. “We are killing terrorists.” Sláinte! Yet in the same speech he also pronounced: “America will continue its support for the Afghan government and the Afghan military as they confront the military in the field.” That will amount to nation-building, especially in the case of Afghanistan’s armed forces, which, despite years of investment, are still plagued by shortcomings, from weak leadership to an inability to secure their country. It’s worth remembering that Barack Obama swore off nation-building abroad, too, only for the realities of staying in Afghanistan to suck him in. Once you escalate, it’s the theater that dictates policy, not your initial intentions.

Congressman Paul Ryan last night hailed Trump’s address as the advent of a new foreign policy doctrine. In reality, it’s just a more aggressive iteration of the Obama Afghanistan strategy, which was just a gussied-up Bush Doctrine pushed east. Nothing Trump promised will palpably alter anything in Afghanistan, a nation that has obstinately resisted our designs. After 16 years of war and $841 billion spent, the Taliban presently controls or contests about 40 percent of the country, while al-Qaeda is back with a vengeance after Osama bin Laden’s death. A truck bombing outside the German embassy in Kabul back in May killed 150 and was one of the worst attacks in the entire Afghan war. We went to Afghanistan to fight terrorism, yet terror attacks in the developed world surged 650 percent in 2015.

RELATED: No spoilers: Trump Administration not disclosing troop levels or timelines in continued fight for Afghanistan

Despite its many victories, the fact remains that our war in Afghanistan hasn’t worked ? and that’s assuming you can even call it a ‘war’ at all. There are no casualty counts flickering across the evening news, no civilian mobilizations behind the men and women risking their lives and no recognition even of the enemy we’re fighting. Instead, Afghanistan has become a charity case for the United States, a set of line items into which we automatically dump more funding, a protectorate. How much longer can this go on? Unfortunately, Trump is betting on at least another four years.