For now, the Iran nuke deal is safe. But for how long? 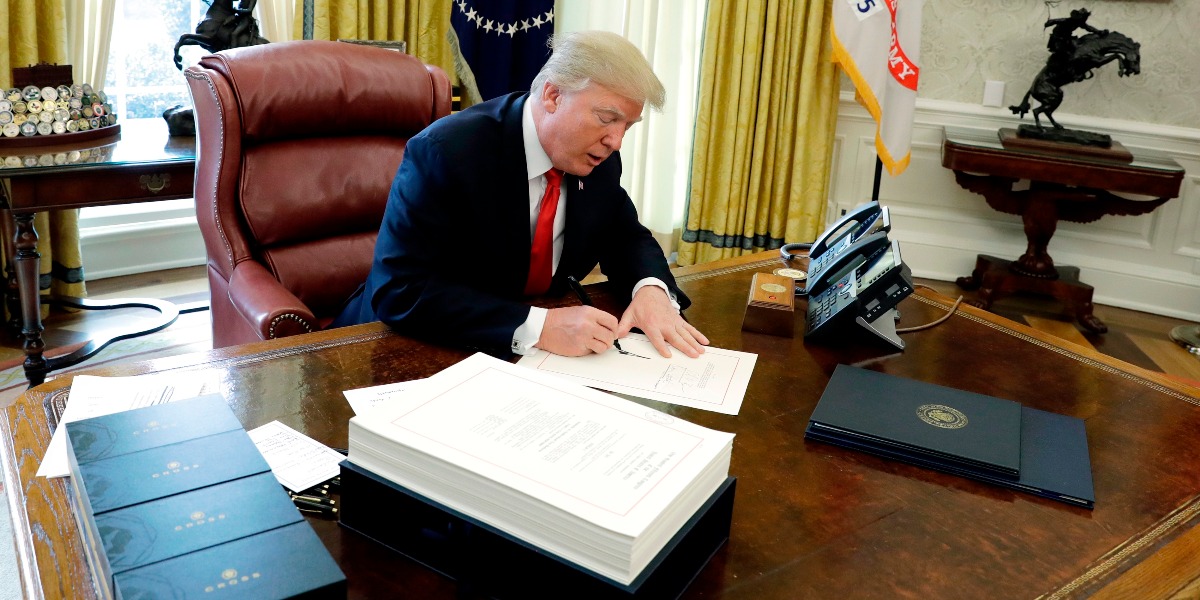 The Iranian regime holds a special, unique place in Washington, D.C.?s heart. It?s one of the few countries in the world, joining North Korea, Venezuela, and Vladimir Putin?s Russia, that brings Republican and Democratic lawmakers together. The Islamic Republic is reviled in the Beltway as a brutal, dangerous, theocratic government that has anti-Americanism is in its DNA.

Because there is such an intense, widespread anti-Tehran sentiment in Washington?a lot of justified?it?s difficult for any American politician to be seen as dealing with it. President Obama found this out the hard way when his administration negotiated with the Iranian government for over two years on the country?s nuclear program.

Donald Trump does not want to be associated with the Obama-crafted nuclear deal in any way, shape, or form. He loudly and forcefully denounced the Joint Comprehensive Plan of Action (JCPOA) during his presidential campaign in even stronger terms than the average Republican lawmaker: the deal was a joke, a national embarrassment, a surrender of $100 billion to the ayatollahs for nuclear restrictions that are only temporary. ?I’ve never seen something so incompetently negotiated?and I mean never,? Trump said during a Capitol Hill rally in September 2015.

Those in the Trump administration who have argued that the JCPOA should be kept in place?Secretary of State Rex Tillerson, Defense Secretary Jim Mattis, and National Security Adviser H.R. McMaster?have been the targets of Trump?s wrath. When, in July 2017, the three ?adults in the room? recommended to the president that he keep the deal in place for now, Trump erupted for 55-minutes that he was being served poorly by his advisers. A background briefing for reporters was scrapped at the last minute, with Trump only agreeing to certify Iran?s compliance after certain conditions were met. In fact, the President was so disappointed about his team?s performance that he reportedly established an Iran task force in the White House designed to make the case for decertification.

President Trump went a step further during the next certification deadline last October: the deal, Trump told the nation, was not in the U.S. national security interest. In Trump?s assessment, what Washington was receiving from the deal?verifiable limits on Tehran?s uranium enrichment programs, nationwide nuclear inspections, a cap on how much enriched uranium Iran could produce and how many centrifuges it could operate at any given time?was not commensurate with the economic sanctions relief the U.S. was providing.  If Congress didn?t toughen the agreement, Trump threatened, ?the agreement will be terminated.?

To date, Congress has yet to live up to that challenge.

To his credit, the president has suppressed his desire to murder the Obama-era JCPOA at critical times. Recognizing that all of his key national security advisers are nowhere near supportive of throwing the agreement in the trash, Trump has stepped back from the brink. Today, Trump again waived the oil and financial sanctions on the Iranians, a decision that he must have made through gritted teeth.

Will Trump eventually lose patience with the Iran nuclear deal in later years? Given the president?s rhetoric and behavior over the past twelve months, it is well within the range of possibility that someday?maybe not this year?he will pull the plug on it. The JCPOA has two illnesses which could prove to be fatal: it involves an Iranian regime everybody in Washington hates; and it?s commonly referred to as the most significant foreign policy legacy of Barack Obama, someone Trump would not touch with a ten-foot pole. Either one of these facts could be enough for Trump to reimpose sanctions one day, a decision that would compel Tehran to retaliate by being far less cooperative with nuclear inspectors in retaliation.

For now, the nuke deal is safe. But how long will it survive a president who believes he is a world class dealmaker with the bravado, toughness, and skills to get a much better agreement for the American people?