Marco Rubio views the Middle East as apocalyptically as ISIS does 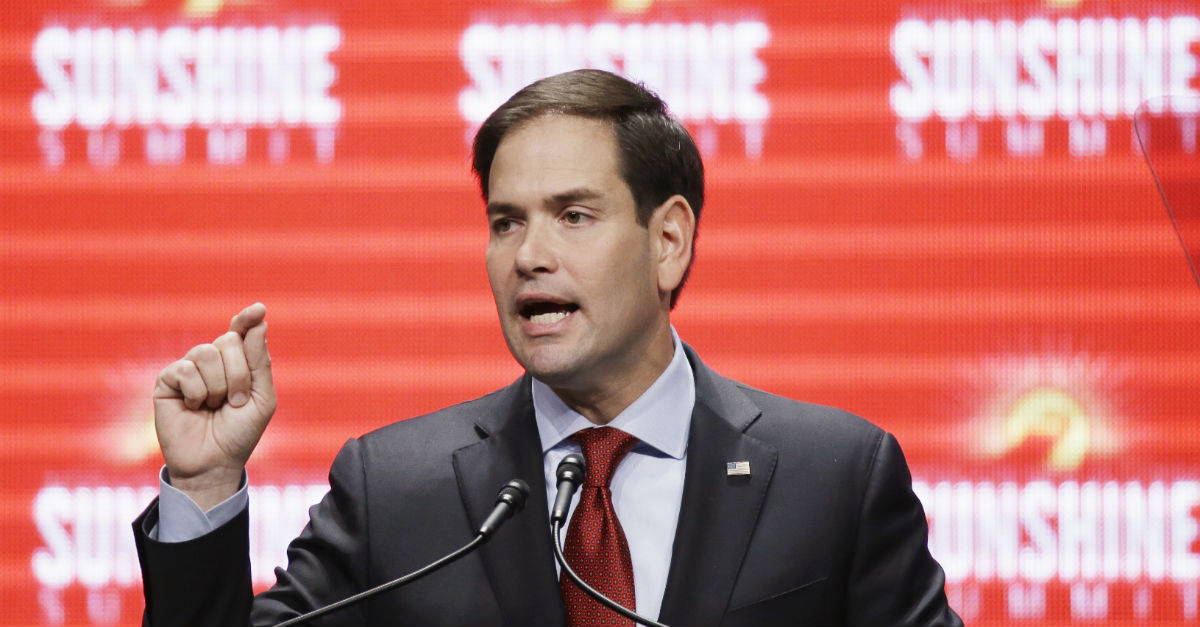 On Sunday, Marco Rubio released a video painting the United States’ struggle against ISIS as a “civilizational conflict.” He framed Friday’s Paris attacks “a wakeup call” and warned that our campaign against terrorism is no “geopolitical issue” about people who “want to conquer territory.” Instead, Rubio characterized ISIS as a group that wants “to overthrow our society.”

Most significantly, Rubio declared that “this is not a grievance-based conflict. This is a clash of civilizations. For they do not hate us because we have military assets in the Middle East. They hate us because of our values.” Then he explained how what ISIS really despises is our freedom of speech, diversity of religions, female education, and general tolerance.

As the Atlantic’s Peter Beinart shouldn’t have had to point out, “ISIS isn’t a civilization.” It’s a group of sociopathic gangsters with a twisted ideology. But Rubio describes them in the language of Samuel P. Huntington’s controversial 1993 essay and book “The Clash of Civilizations” predicting a post-Cold War conflict on the basis of cultural and ethnic differences. He implicitly associates ISIS with Huntington’s view of a broader cultural force of Islam.

That directly advances ISIS’s narrative that it’s the defender of the Islamic faith.

If Marco Rubio is the GOP establishment’s “foreign policy expert” of this cycle, the Republicans are in trouble. It seems impossible for Rubio to oversimplify and misattribute ISIS’s motives any further without physically morphing into Ben Carson.

Contrary to Rubio, our conflict with ISIS has everything to do with territorial considerations and disaffected Sunnis’ larger grievances with the West for the invasion of Iraq. In fact, al Qaeda in Iraq, the group from which ISIS was spawned, pledged allegiance to al Qaeda in 2004 specifically to fight the American occupation. ISIS specifically referenced both France’s and (not very freedom-loving) Hezbollah’s continuing efforts to fight them when it claimed responsibility for the attacks in Paris and Beirut.

Acknowledging why ISIS began and what influences its motivations does not “blame” its victims or justify its evil. It explains why those innocents became victims in the first place. If our struggle to extinguish ISIS gets us caught up in speeches about civilizational struggles instead of learning from our past mistakes, we can only ever hope for temporary success.