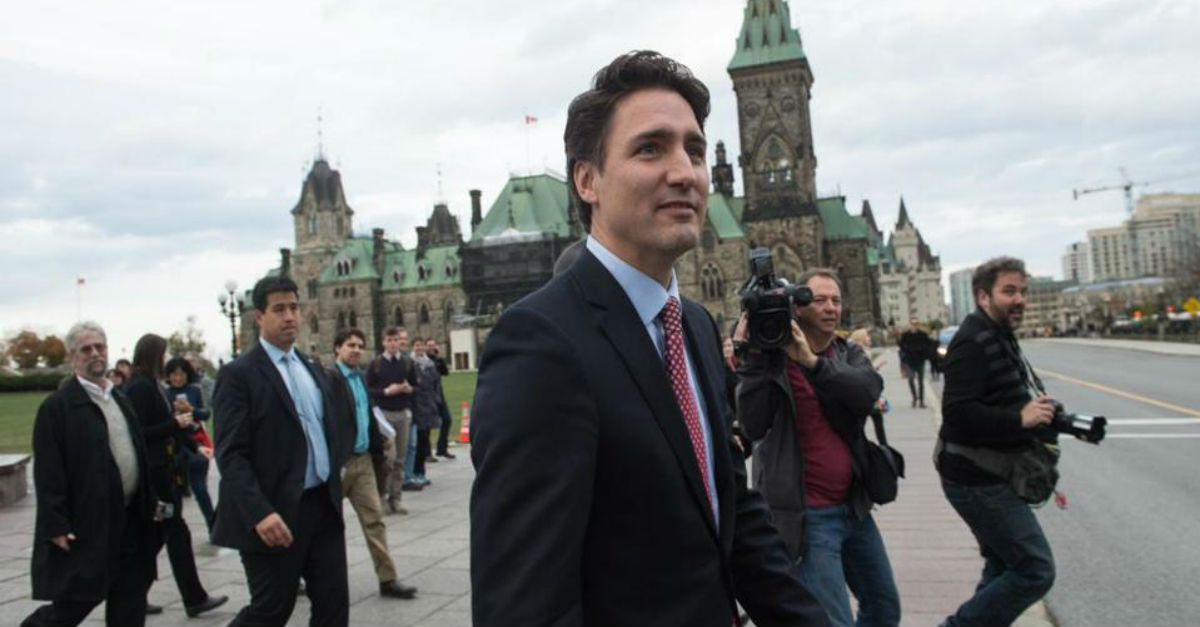 It seems Americans aren’t the only ones getting tired of endless wars overseas.

On Tuesday, newly victorious Canadian Prime Minister-elect Justin Trudeau announced that Canada will withdraw its fighter jets and stop carrying out airstrikes in Syria. The announcement was made at Trudeau’s first news conference following his election.

Canada was a member of the United States’ coalition against the Islamic State in Iraq and Syria. Trudeau called President Obama shortly after his election on Tuesday announcing his intentions. Canada still plans to “engage in a responsible way” in the fight against ISIS, but Trudeau is committed to ending the combat mission.

There is not yet a set timeline for withdrawal, but Canada’s disengagement will certainly consist of removing its six CF-18 fighter jets deployed as part of the coalition’s campaign. Also on the ground are 70 special forces troops training Iraqi Kurds in Northern Iraq. Their fate is uncertain, however, as Trudeau has suggested their role could continue.

In an Ottawa speech, Trudeau addressed his vision for Canada’s shifting foreign policy. He seeks to continue cooperation with the U.S. on trade and climate change while steering away from some of America’s military ventures that Canada often joined under outgoing prime minister Stephen Harper.

“I want to say this to this country’s friends around the world: Many of you have worried that Canada has lost its compassionate and constructive voice in the world over the past 10 years. Well, I have a simple message for you on behalf of 35 million Canadians. We’re back,” he said.