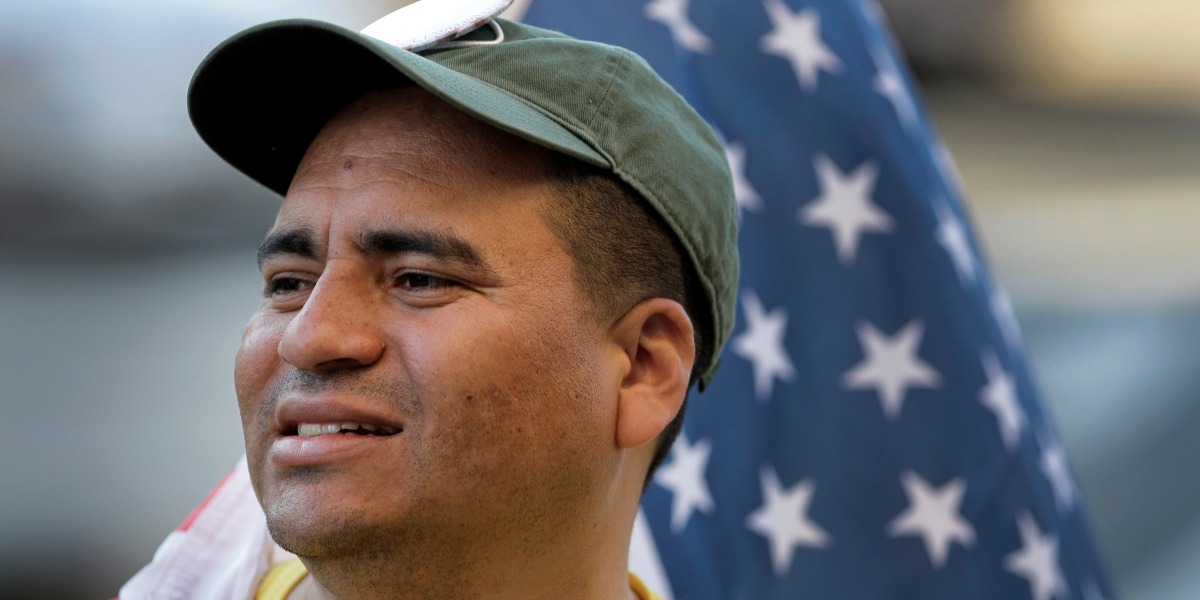 AP Photo/Rob Carr
Saul Linares pauses after arriving at a church in Baltimore, Thursday, March 18, 2010, after walking the past six days from Hempstead, N.Y. Linares, a factory worker, will join other immigrants, many of them undocumented Hispanics, in Washington, D.C., for a Sunday march to dramatize their pleas for immigration reform. (AP Photo/Rob Carr)

President Donald Trump is the tough-talking populist who’s unafraid to give the people exactly what they want, right?

But what if he insists on giving them what they don’t want?

Deporting illegal immigrants was a major part of Trump’s presidential campaign. Earlier this month, the administration announced it would end Deferred Action for Childhood Arrivals (DACA), which protects the children of illegal immigrants. Then he appeared to change his mind after a meeting with Democrats Nancy Pelosi and Chuck Schumer. Then Trump insisted he never had second thoughts.

Anti-illegal immigrant rhetoric has long been an integral part of Trump’s political brand, despite the fact that it was President Obama who actually deported more undocumented immigrants than any other president.

But from the looks of the latest Fox News poll, both presidents have been significantly out of sync with the public on this issue. According to the poll, 83 percent of Americans believe illegal immigrants working in the United States should be given legal status. That’s a high number, and a nearly 20-point jump since 2015.

Americans also prioritize passing a Dreamer law to protect those currently covered by DACA, even over health care or tax reform.

This is surprising, but it gets more interesting. Of the Republicans polled, 60 percent want to prioritize passing new Dreamer legislation. Of the Trump voters surveyed, 63 percent want citizenship for illegals and 75 percent favor work permits.

Even the people who voted for Trump don’t want a crackdown on illegal immigrants.

What happened to the nativist fervor Trump was supposed to be ushering in? It seems so much of that brand of populist sentiment is focused more on Trump as an anti-establishment symbol than policy particulars, especially when you consider this poll also shows that 85 percent of Trump voters believe the president is doing a good job on immigration.

Why would Trump voters who want to protect Dreamers and give citizenship to illegals give a president who vowed to do the opposite such high numbers? Because Trump has always been more of a cultural phenomenon than a political one. A not-so-small core of Trump supporters don’t care about his positions on immigration or anything else, to the degree that they even notice them. It’s a dynamic similar to Obama, whose progressive supporters never really saw him as the “Deporter-in-Chief,” though he was.

Sometimes partisans just see what they want to see.

Again, Trump was elected because he promised to give the people what they want. It turns out what they want is a more compassionate approach to illegal immigration.