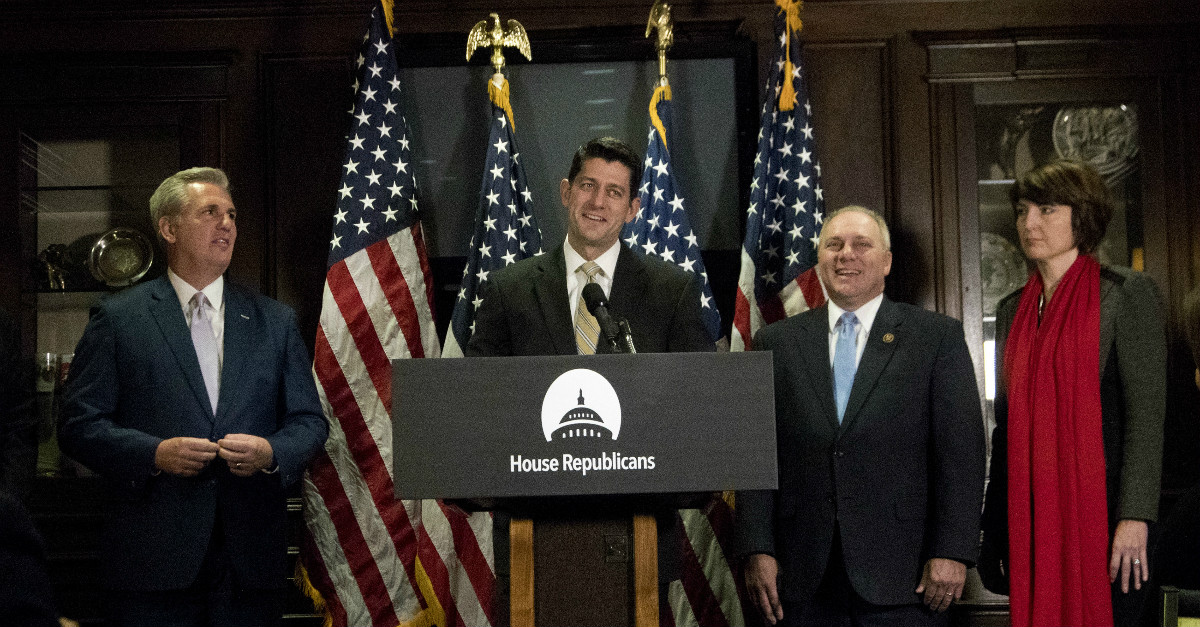 Like many Americans, ethics lawyers, and government watchdog groups, I can’t for the life of me explain why the House Republican conference believed it was a good idea to gut the Office of Congressional Ethics (OCE) as its first order of business. It simply didn’t make any sense.

For one, while Americans want their elected representatives to serve with honesty and the utmost integrity, they’re far more worried about whether their salaries will continue to stagnate, how they’re going to pay Uncle Sam during tax season, and what their health care will look like a year from now. Ethics usually aren’t on the minds of American voters. Reforming the way wrongdoing is investigated in the House of Representatives is an obsession largely limited to Washington, which means Republicans wouldn’t have scored any political points with the public anyway.

What’s even more confounding is why the House GOP rank and file thought it would be wise to vote on a rules change that would take so much power away from the OCE that its operation would become a waste of taxpayer money.

Speaker Paul Ryan and Majority Leader Kevin McCarthy warned members that tackling ethics reform in secret, behind closed doors, and with minimal debate, wasn’t the smartest use of their time. Underneath that diplomatic talk from the speaker was a not-so subtle message: the OCE overhaul, authored by House Judiciary Chairman Bob Goodlatte, wasn’t an overhaul at all but rather a dilution of Congress’ independent system of investigations.

RELATED: Paul Ryan’s plan to crack down on livestreams in the House might be unconstitutional. It’s definitely stupid

How else can one describe an amendment that puts the OCE under the control of the House Ethics Committee, provides the Ethics Committee with the authority to shut down investigations of fellow lawmakers, forbids the OCE from probing anonymous tips, and bans the board from releasing any information on its operations to the public? Can it really be called a reform if it puts more power into the hands of lawmakers who are, in turn, responsible for investigating their colleagues? It’s like asking the Ferguson Police Department to determine whether they followed proper procedure during the riots—the answer is already baked in.

Regardless, the House Republican conference smartened up and voted to strip out the ethics amendment hours before the rules package was set to be debated on the House floor. Speaking to The Hill today, Congressman Mike Simpson said, “I could have told you last night when we left this [the amendment] would be undone by the time the rules package came up. Because I could see the headlines coming out this morning.” Indeed, the headlines were so horrific—and Donald Trump’s resulting critical tweets were so persuasive—that it persuaded the Republican rank and file to scotch the measure, something Ryan wasn’t able to do a day earlier.

This is not the way the GOP wanted to open this presumed new era of conservative governance in America. Sadly, it’s a wound that is entirely self-inflicted. House Republicans have nobody to blame for this embarrassment but themselves.