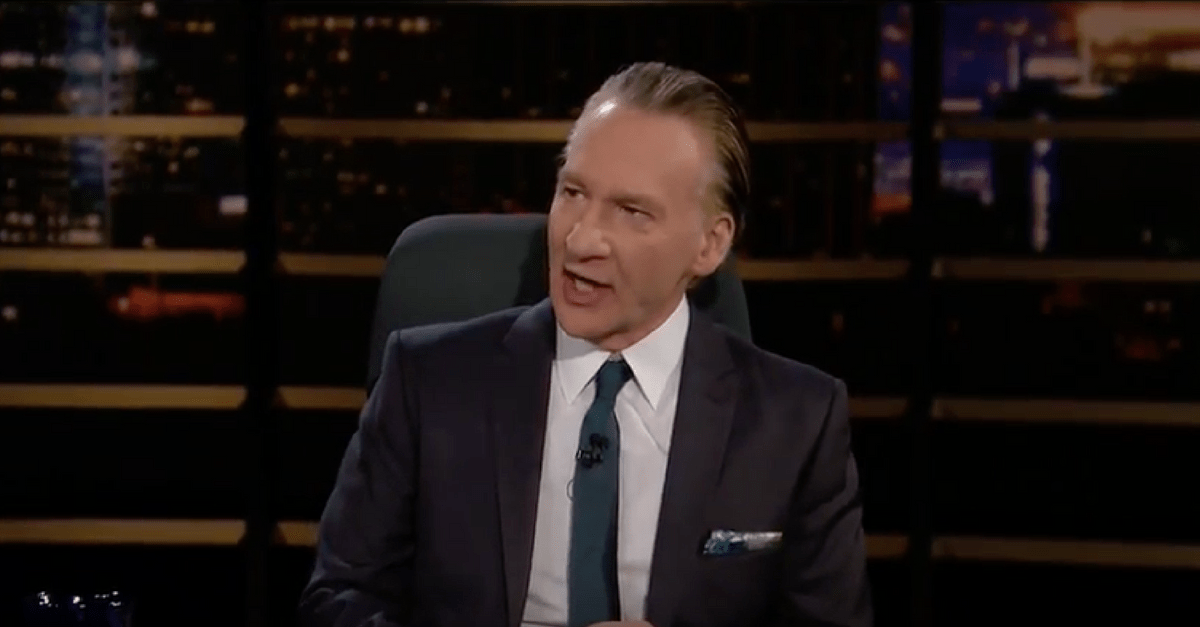 After President Trump’s joint address to Congress earlier this week, the media provided him with plenty of positive coverage — which prompted Bill Maher to say, “I fucking hate them,” during Friday’s episode of “Real Time with Bill Maher.”

Maher found one part of the speech, in particular, to be very troublesome. That was when Trump praised Navy SEAL Ryan Owens, who died in the botched Yemen raid, and offered some words of solace to his widow Carryn, who was in the audience. While most people and media pundits thought the moment was touching, Maher felt that the widow had been exploited for political purposes.

RELATED: Things got heated when Bill Maher sat down with one of President Trump’s biggest cheerleaders

“The way [the media] fell hard for this widow in the gallery trick,” Maher said before rattling off some positive statements about Trump’s speech from the press. “Actually, it was the worst moment [from Trump], and that’s saying a lot from Donald Trump.”

Maher then criticized Trump for ordering the raid, arguing that he only did so because former President Obama wouldn’t. He also pointed out that Owen’s father has publicly criticized the raid. Guest Charlie Sykes agreed that he was initially moved by Mrs. Owens, but that he woke up the next day thinking about the “incredible cynicism” of the moment.

“I do think there is almost a battered pundit syndrome going on here,” he said. “Where all of the pundits are like, ‘Okay, so our abusive daddy didn’t come home drunk and beat us tonight. He’s the best father ever.'”

The panel then criticized the president for failing to take responsibility for Owen’s death, and instead, blaming his generals, saying, “they lost Ryan.” They also wondered how Republicans would have reacted if former President Obama had invited the wife of Christopher Stevens, who was killed in the attack on the U.S. embassy in Benghazi in 2012, to his State of the Union address after the incident.