“It’s day seven in the war on facts,”  Maher said at the top of his program on Friday.

One week after President Trump took office, Maher had a lot to say about the new President of the United States.

“What the fuck is going on?” Maher asked his audience.

Maher then joked that liberals finally had their “own Tea Party…except with more teeth and no spelling errors on the posters.”

Maher said that there was a lot to be alarmed about during the first week of Trump’s presidency and that he would need to start taking Abilify, a depression drug, by the end of his four years.

The HBO host found it funny that Trump had to lie about the crowd size at his own inauguration.

“He can’t stand it that when it comes to the size of the crowd, Obama’s was bigger,” Maher said before offering a new idea on Trump’s problem.

“He probably thinks that it doesn’t even exist in a woman. ‘It’s rigged!’ 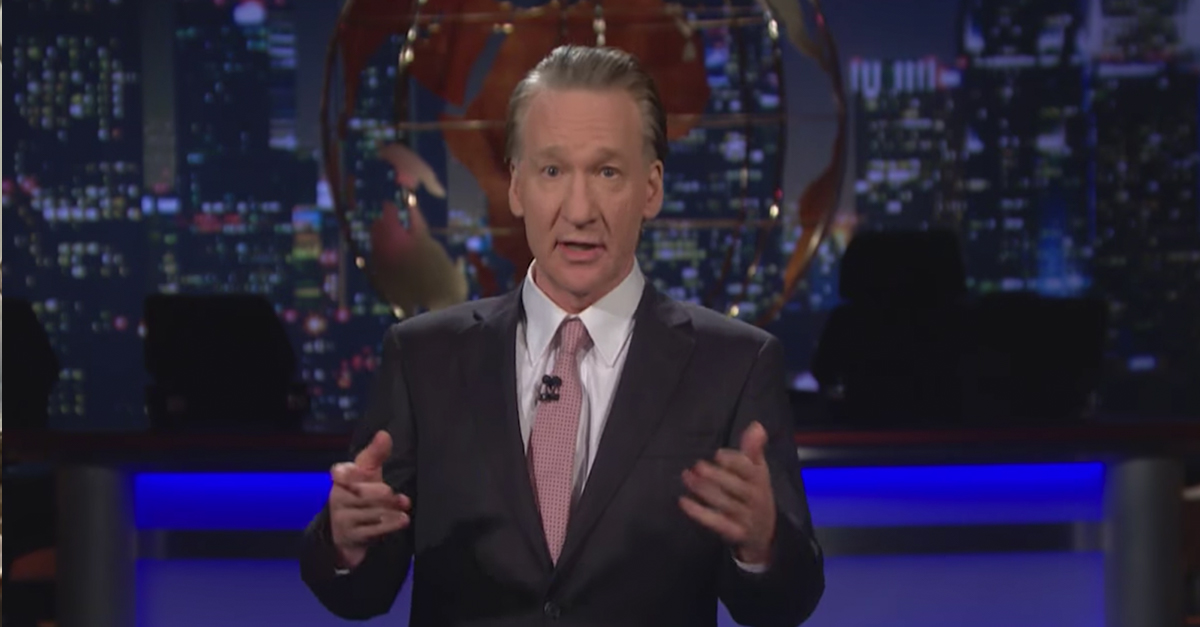