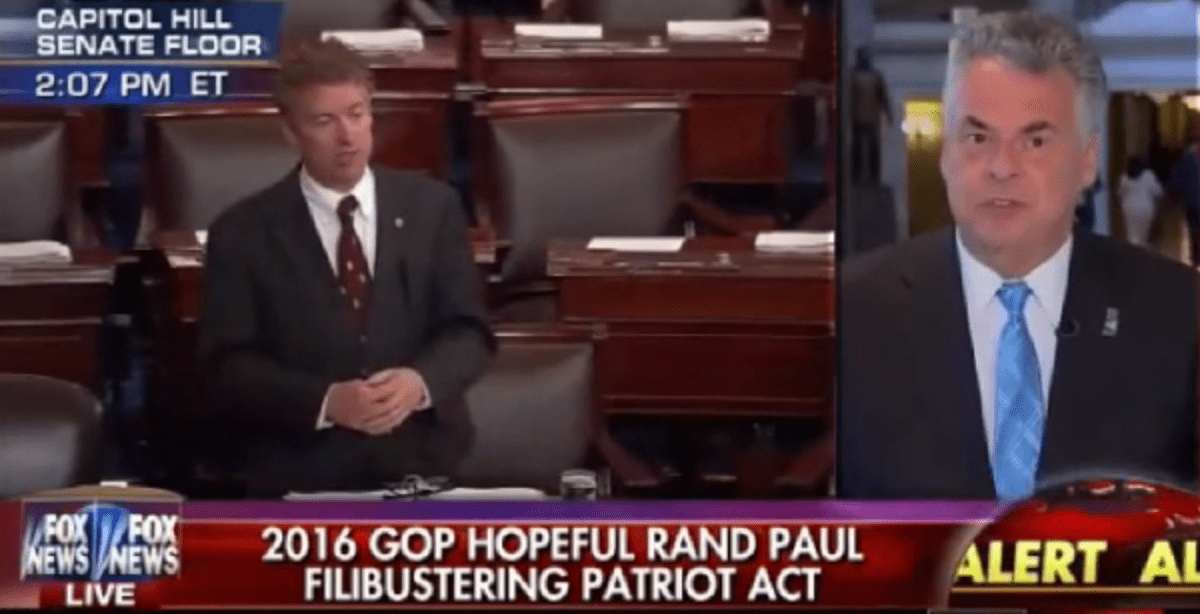 I think the NSA is essential. I know they’re not listening to anyone’s phone calls or reading anyone’s e-mails. What they do is store collections of phone numbers and if we find out that an American is speaking to terrorists overseas, then the Justice Department goes to court to get a court order. The fact is the NSA listens to no one at all. They just collect this information. It’s essential to our security. I think Rand Paul is wrong.

“I think Senator Paul is doing a disservice to the country when he makes these charges,” King continued. “He’s making the CIA and the NSA the enemy. The fact is the enemy is al-Qaeda and we are not sacrificing any liberty,” he added.

Rep. King says the NSA does nothing without getting a court order. He also says there are many safeguards in place.

Rand Paul's rant on senate floor vs NSA more irrational than ever – very damaging to American security! Why does anyone listen to him?

Earlier this month, the Federal 2nd Circuit Court of Appeals struck down the NSA surveillance program.