Politics is just about virtue signaling for or against Trump now 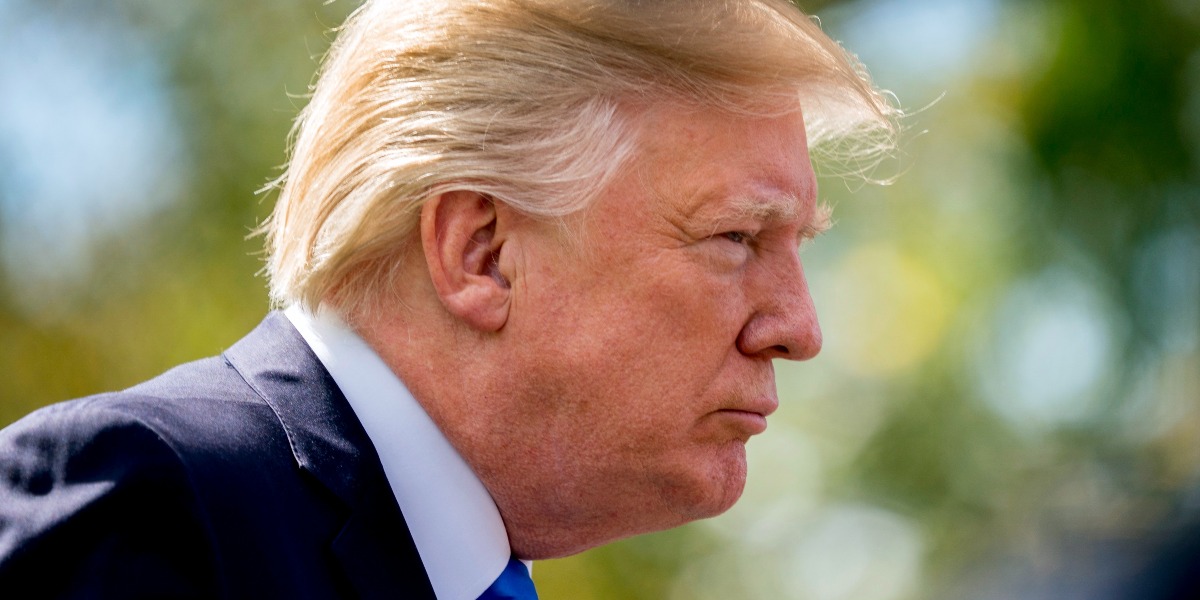 AP Photo/Andrew Harnik
President Donald Trump takes a question from a reporter before boarding Marine One on the South Lawn of the White House in Washington, Wednesday, Oct. 25, 2017, for a short trip to Andrews Air Force Base, Md. and then on to Dallas. (AP Photo/Andrew Harnik)

How can this be?

Recall, this is the same Republican president whose approval rating among Democrats dropped to as low as 4 percent during his last year in office. This is the same Bush who had an overall historically low approval rating of 22 percent on his way out (to contrast, when exiting the White House, Jimmy Carter had 44 percent, Ronald Reagan had 68 percent, George H.W. Bush had 54 percent, Bill Clinton had 68 percent and Barack Obama had 56 percent).

Remember, this is also the same George W. Bush the Left absolutely hated in no uncertain terms. The late conservative columnist Robert Novak once described Democrats? “hatred? of Bush as being more intense than anything he’d ?seen in 44 years of campaign watching.”

RELATED: A majority of Democrats now have this surprising view of former President George W. Bush

The last Democrat president even won largely because Barack Obama presented himself as the anti-Bush. One of the most stinging barbs Obama ever lobbed at Hillary Clinton during the 2008 Democratic primary was that she was ?Bush-Cheney-lite.?

So how did the Left?s top villain a decade ago become someone a majority of Democrats now approve of? That?s easy: He?s not Donald Trump, and even more pertinent, Bush has criticized the president.

Within America?s ever-widening pro- vs. anti-Trump divide, Bush is perceived as standing against Trump.

And at this point, that?s really all it takes.

None of the positions that so animated the Left against Bush for most of the aughts seem to matter now so long as he?s seen as a Trump critic. Bush is largely forgiven.

The same kind of hypocrisy, or schizophrenia, can be seen on the Right.

Some of the most fervent parts of Trump?s base have been white evangelicals, for whom moral values have long been a priority, and Tea Party activists, however hesitantly they embraced Trump during the 2016 GOP primaries, who ostensibly formed their movement precisely to cut spending and government.

On the values front, Trump has admittedly engaged in or been accused of the same sort of lascivious behavior that conservatives spent much of the 1990s criticizing Bill Clinton for. If Trump were a Democrat, it?s all you would likely hear about from the likes of Jerry Falwell, Jr. Trump has even said, stupefyingly, that he doesn?t think he needs to ask God for forgiveness, a central Christian tenet.

As for fiscal responsibility, Trump has been a big spender. Shamelessly. The latest Trump-approved budget adds trillions to the debt, prompting libertarian-leaning Republican Congressman Justin Amash to proclaim, ?Conservative leaders would have slammed this Big-Government Budget under Pres. Obama. Now, they demand Republicans in Congress vote for it.?

Yet for most of Trump?s base, far more than moral or fiscally conservative principles, they value siding with the president and against the Washington establishment more than any policy particulars.

Trump continues to promote legislation that most Republicans just two years ago would have blasted as liberal. But it doesn?t matter to many conservatives so long as it comes from a president who?s willing to take on the Right?s perceived enemies in the culture war.

Virtue signaling is what matters most — promoting yourself as virtuous by the things you say rather than do.

RARE POV: Trump makes ?Values Voters? feel good, but does nothing for them

?Those of us who assume that presidents have to put legislative points on the board assume that failure to do so will depress the GOP base,? The Daily Beast?s Matt Lewis writes. ?But Trump?s fans see victories everywhere.?

This emotion-based, policy-free tribalism that fuels our current politics is not new. But what is perhaps unprecedented is how quickly both left and right have jettisoned tightly held beliefs to hurt or help a president who has become a lightning rod like none other in modern history.

What America?s health and stability is post-Trump is anyone?s guess. It?s also an afterthought: To be or not to be with Trump ? that is the current question. And the answer means so much to so many allegedly principled people far more than anything else in our politics.