Steve Bannon might be leaving the White House, but he’s not going to just disappear 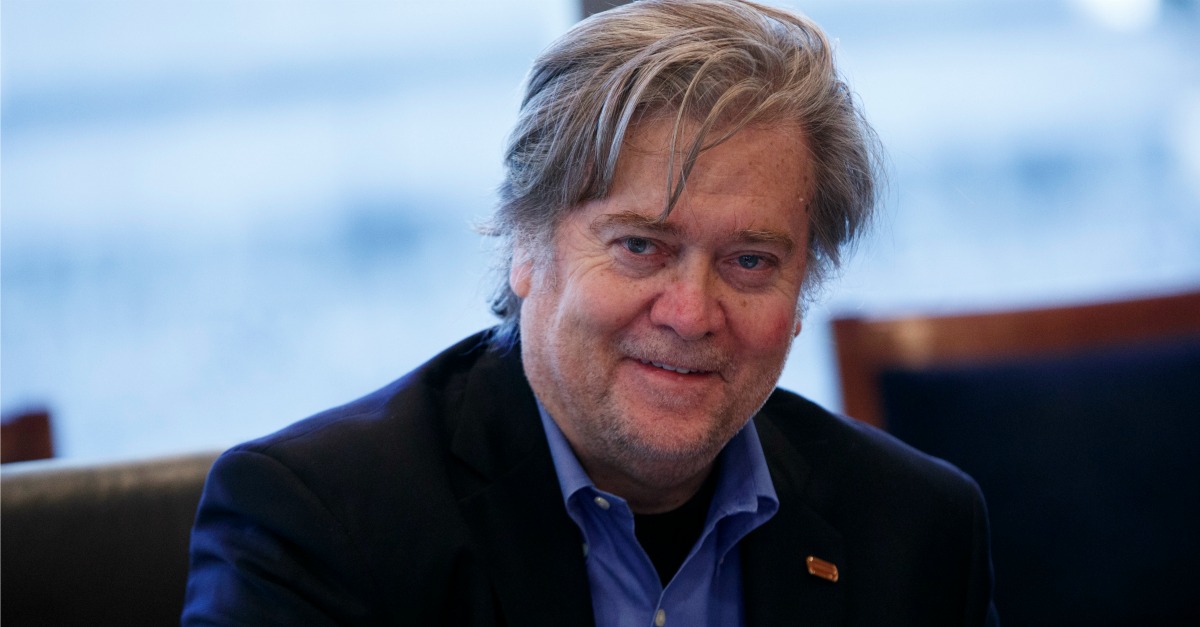 Donald Trump’s White House is starting to resemble King Henry VIII’s court in time-lapse photography. One by one, the most trusted advisers and ardent loyalists end up with their necks on a block ? Boleyn, More, Cromwell ? while the ruler sputters and foams, unable to perceive that it’s his own impetuous demands that are causing his problems. Only Henry reigned for 38 years. Trump has racked up his impressive head count in only seven months.

The latest rider to be tossed off the Trump bull is Steve Bannon, the former Breitbart curator who was said to be the wellspring of the administration’s nationalist philosophy. Bannon was a deeply brilliant and complicated figure. He’s no white nationalist, as Jack Hunter has explained, but rather an economic nationalist, a protectionist on trade and a hawk on China. Indeed, Bannon’s insistence that Beijing constituted a unique hegemonic threat to the United States that required our full attention led him to often sound rational on foreign policy elsewhere. He was skeptical of deploying more troops to the Middle East and admitted in an impromptu interview with Robert Kuttner earlier this week that there was no military solution for North Korea.

RELATED: Steve Bannon might be gone, but he?s not going to leave silently

Since the violence in Charlottesville, Bannon has been portrayed as an alt-right Grima Wormtongue, whispering racist platitudes in Trump’s ear. That’s preposterous ? but even if Bannon never was the ideological avatar of the alt-right, he did revolutionize (or at least embrace) one of its key ideas: that conservative aims ought to be achieved through radical tactics. “I am a Leninist,” he once declared. Pressed on what that meant, he said, “Lenin wanted to destroy the state and that?s my goal too. I want to bring everything crashing down and destroy all of today?s establishment.” Hence Breitbart, his brain child, which has become less conservative as it is vehemently populist.

Bannon moderated this absolutist rhetoric only slightly after being brought into the White House. He told the Conservative Political Action Conference back in February that “every day, it is going to be a fight” and that his aspiration was the “deconstruction of the administrative state.” This was Bannon’s real hallmark in the White House: his ceaseless antagonism. He waged a brutal bureaucratic war against National Security Advisor H.R. McMaster, whom he viewed as too globalist. He boasted about his internecine campaigns against rivals at the Departments of Defense, State and Treasury ? “wetting themselves” was how he characterized them.

RELATED: Steve Bannon opened up in a rare interview and nobody can figure out what he was thinking

This sulphurous approach ended up only isolating him, as Trump drifted towards the establishmentarians and new chief of staff John Kelly cemented the administration’s less ideological approach. Still, don’t think we’ve seen the last of Bannon. Like any good radical, he understands that pressure must always be applied from outside the system, which is why, in that interview with Kuttner, he said was marshaling a group of protectionist ideologues outside the White House to pressure the president on the issue of trade. Expect him to continue that work, which won’t be all that different from his old work. Even as an insider, Bannon was still an outsider. All that’s changing now is his work address.