The mainstream media need to get their own #FakeNews under control 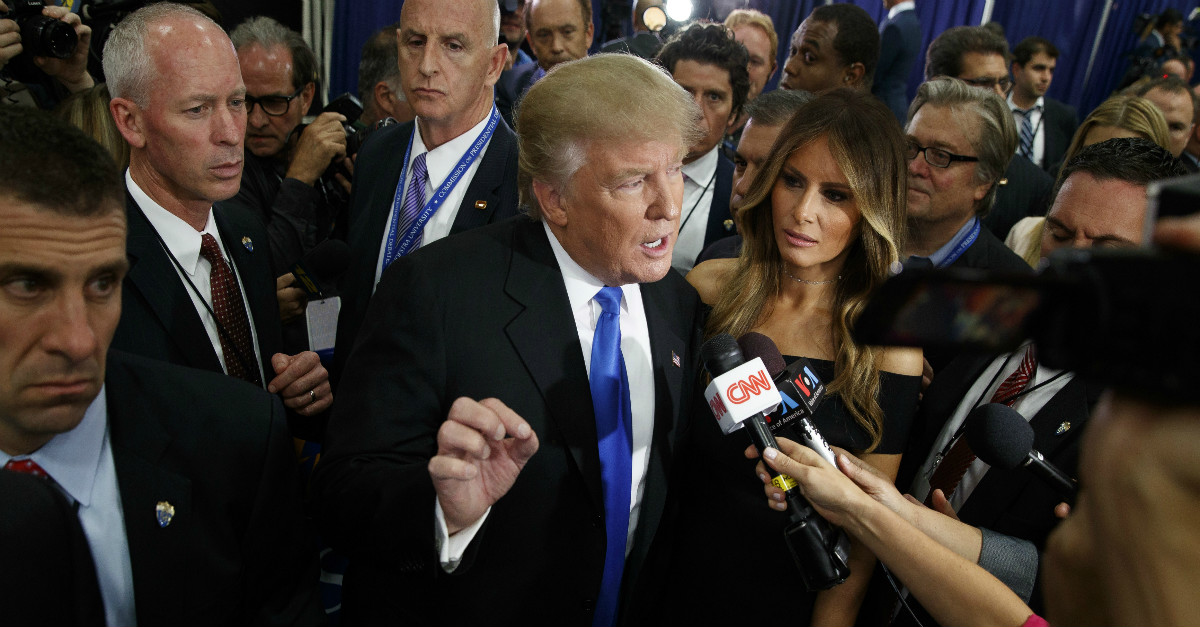 In the past few weeks, I have found myself having a bit of a crisis.

Despite the furor over “fake news,” I always considered myself savvy enough to pick it out. A wildly inaccurate headline there, a misleading photo there. Stories that seemed too good – or too bad – to be true, with bad grammar or slightly modified URL’s of popular websites. The fake news model was rather predictable.

But recently and especially after Jan. 20, a strange thing began to happen: The line between clearly fake and mainstream began to blur.

Establishment media has already been having growing pains adjusting to a newly adversarial relationship with an administration, but creeping absurdity has begun to infect mainstream media, so long as it fulfills an existing one-note narrative. Suddenly, even someone like myself who works in public policy and follows mass media daily is questioning what is real and what is fake.

Whether it was stories claiming that President Trump had photoshopped his hand bigger or was planning to scale back LGBT protections, patently false Trump stories have gone viral and gained thousands of retweets, even among supposedly mainstream journalists.

Just in the last few weeks, CNN got caught falsely suggesting that Nancy Sinatra did not want her father’s song used at the Inauguration, and the New York Times spread a story claiming Governor Rick Perry didn’t know the basics of his job that turned out to be based on a single quote from a person who later said it was taken out of context.

Meanwhile, a Time magazine reporter claimed that Trump removed a bust of Martin Luther King, Jr. that had actually been hidden behind a Secret Service Agent, and just this Tuesday morning, a Pelosi staffer uploaded and later deleted a video purporting to be Speaker Paul Ryan saying that a press conference was a “waste of my fucking time” into a hot mic. CNN journalists and dozens of others retweeted the story without the most obvious of fact-checking such as asking if there were lapel microphones or if the Speaker was near the podium (spoiler: there weren’t, and he wasn’t).

For the most part, these types of stories share the common theme of being rather frivolous and inconsequential. But quick shares of silly stories have real-life consequences.

President Trump, regardless of how one feels about him in general, is unquestionably a master of messaging. Every time mainstream journalists cry wolf or smugly spread a story that turns out to be fake, they damage their very important role as public guardians. Every time journalists can’t be bothered to fact check, they give another out to the administration in cases of legitimate criticism, and make more people take its side.

Hysteria and half-truths are a godsend to Trump, despite his complaints, because he thrives on deflection. For every discussion of whether or not the recent Executive Order is a #MuslimBan (it isn’t) or maybe a de facto ban (a longer discussion), there is less attention paid to real policy questions or the tragic consequences of bad implementation.

For every knee-jerk protest of a Supreme Court nominee before most protesters have even had time to Google who he is, there is less focus paid on more eyebrow-raising actions against legal residents.

RELATED: Does fake news really work best on conservatives, or is that just what some want you to believe?

In other words, perhaps, if literally everything is terrible, nothing is. And if journalists can’t fact check stories that fit a narrative, they should expect their narrative to be questioned when it matters the most.

Bad government policy has the very real potential to destroy lives, and an aggressive media is a vital part of ensuring the public knows and is able to hold elected officials accountable. The infotainment empire was rightfully criticized for turning a blind eye at some of the excesses of the Obama administration and for playing footsie with the Clinton campaign.

But the shoddy fact-checking and one-note hysteria under Trump are just as worthless, if not more so. With lives and livelihoods at stake, it’s time for the media to stop handwringing about #FakeNews and take a long hard look in the mirror.