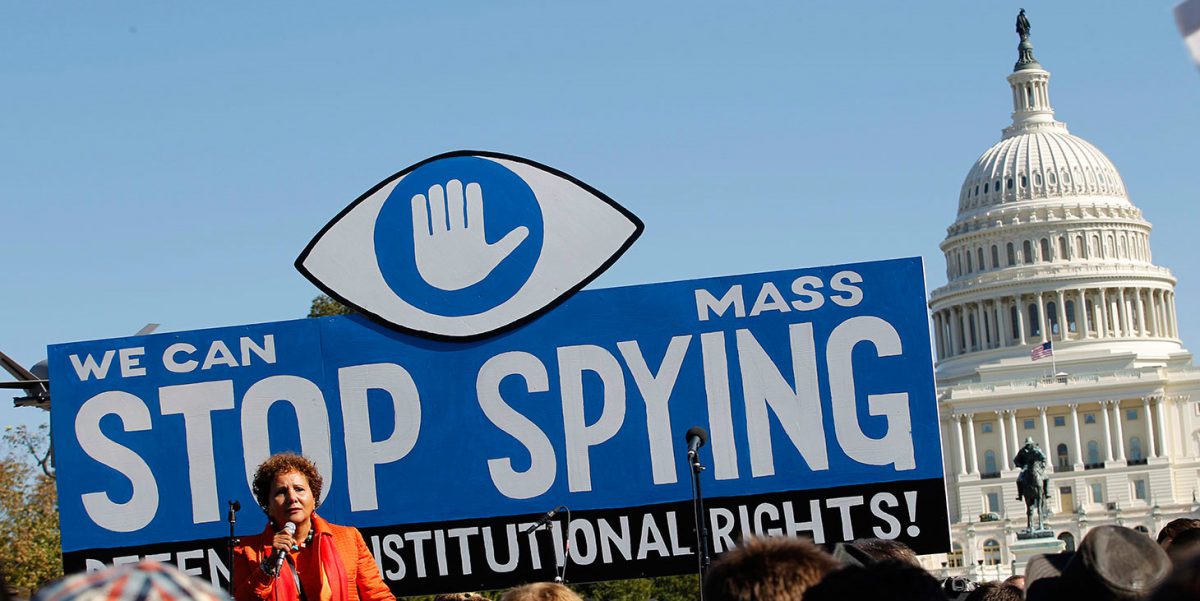 However the election turns out, one thing is certain: The next president will preside over an NSA with more extensive phone surveillance capabilities than Presidents Obama or Bush.

In fact, it turns out the USA Freedom Act—long known to be at best a weak effort to reform and restrain federal mass surveillance—has in effect tripled the NSA’s phone spying capability. ABC News reports:

The USA Freedom Act ended the NSA’s bulk collection of metadata but charged the telecommunications companies with keeping the data on hand. The NSA and other U.S. government agencies now must request information about specific phone numbers or other identifying elements from the telecommunications companies after going through the Foreign Intelligence Surveillance Act (FISA) court and arguing that there is a “reasonable, articulable suspicion” that the number is associated with international terrorism.

As a result, the NSA no longer has to worry about keeping up its own database and…the percentage of available records has shot up from 30 percent to virtually 100. Rather than one internal, incomplete database, the NSA can now query any of several complete ones.

Related: This mom spent 96 days in jail for no reason — and no one is being held accountable for it

Of course, defenders will argue that three times the surveillance makes us three times as safe. In reality, the opposite is true.

You see, before the USA Freedom Act, there were two reasons the NSA couldn’t access all the phone data it can use today. One reason is that not all wireless carriers were handing over their information. The other is that the information which was handed over was so vast in quantity the NSA could not keep up. The proverbial haystack was simply too big to be useful.

Now that the phone companies are required to keep their respective data on hand in case the NSA wants it (and the FISA court is a rubber stamp situation that requests fewer than 1 percent of government requests), the haystack is much, much bigger. So if the agency “just didn’t ingest all of [the data],” as ABC quotes a former NSA deputy director saying, how is it going to effectively ingest triple that amount?

Worse yet, even if the NSA’s data management skills improve, more data is typically not the security boon many might assume. On the contrary, such a deluge of information drowns out real intelligence, making it harder—not easier—to catch terrorists and other criminals.

Related: If Edward Snowden isn’t a whistleblower, there’s no such thing

Getting the whole haystack crushes law enforcement officers, bogging them down in details that more traditional, limited surveillance would skillfully avoid (emphasis added):

By flooding the system with false positives, big-data approaches to counterterrorism might actually make it harder to identify real terrorists before they act. Two years before the Boston Marathon bombing, Tamerlan Tsarnaev, the older of the two brothers alleged to have committed the attack, was assessed by the city’s Joint Terrorism Task Force. They determined that he was not a threat. This was one of about a thousand assessments that the Boston J.T.T.F. conducted that year, a number that had nearly doubled in the previous two years, according to the Boston F.B.I. As of 2013, the Justice Department has trained nearly three hundred thousand law-enforcement officers in how to file “suspicious-activity reports.” In 2010, a central database held about three thousand of these reports; by 2012 it had grown to almost twenty-eight thousand.

“The bigger haystack makes it harder to find the needle,” [Republican Iowa Rep. James] Sensenbrenner told me. Thomas Drake, a former N.S.A. executive and whistle-blower who has become one of the agency’s most vocal critics, told me, “If you target everything, there’s no target.” Drake favors what he calls “a traditional law-enforcement” approach to terrorism, gathering more intelligence on a smaller set of targets. Decisions about which targets matter, he said, should be driven by human expertise, not by a database.

Mass surveillance is a danger to our security, not a protection. In expanding the NSA’s spying capabilities while claiming to curtail them, the USA Freedom Act has made us less safe while further undermining the Constitution and the rule of law.