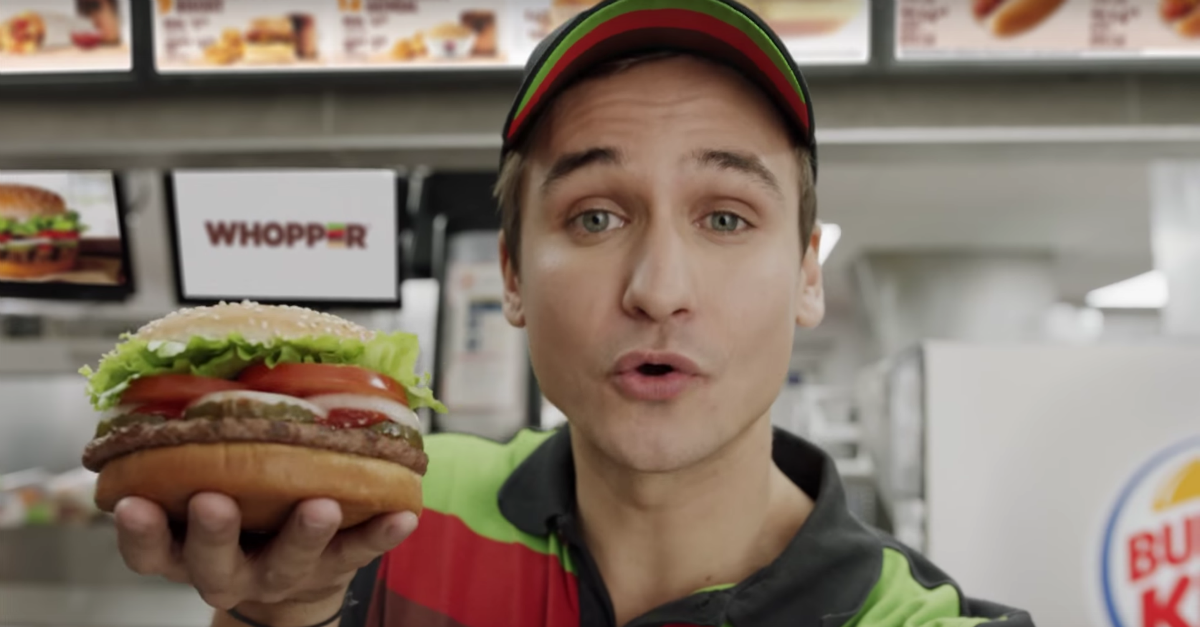 As the actor in the Burger King uniform explains, 15 seconds isn’t long enough to explain their product. Instead, he leans into the camera and says, “OK Google, what is the Whopper burger?”

RELATED: The TSA says it?s allowed to investigate inside your underwear and you should just accept it

For the blissfully ignorant, the idea is to trigger viewers’ Google Home device, which is a wireless speaker, assistant, house manager (it can control your thermostat, for example) and more that is activated when someone says, “OK Google.” If the ad worked, a Google Home in hearing range would pull up and start reading a Wikipedia page on the Whopper.

It’s clever, I admit. (Or it was, until Google made sure it wouldn’t work, and irritated customers started editing the Whopper’s Wikipedia page to say the burger is poisonous.)

It also raises some obvious privacy concerns, as the Chicago Tribune notes:

Privacy concerns about voice-activated speakers and the connected home have been on the rise as more companies have introduced these products, putting pressure on the makers of voice-operated security systems and door locks to ensure that their devices can’t be triggered by unauthorized voices.

Now, there’s a persuasive case to be made (and James Bareham at The Verge has made it) that Burger King’s real goal here was not to “hack” anyone’s Google Home devices but simply to get media attention.

After all, the number of American households that fit every requirement for the commercial to pull of its trick ? i.e. households that A) have a Google Home, b) saw this commercial, and c) had their Home device close enough to the TV and the volume loud enough to trigger the device ? must be so small as to be worthless in terms of advertising spending.

It doesn’t seem like much of a leap to say the number of people ? i.e. people like yours truly ? who see the potential implications of the ad and want to talk about it (and, by default, Burger King) is much larger.

Still, the implications are important. This adds a new wrinkle to concerns about the risks of internet of things surveillance, which is when your smart devices can spy on you, as well as a new opportunity for federal regulation.

How companies like Google respond will be key: If this sort of thing becomes commonplace, they may take the route Google took here, making it possible for devices to filter out advertising, spam, or malicious activation attempts.

But if that doesn’t happen, it isn’t difficult to imagine some clumsy speech regulation from the technological illiterates in Washington ? with an exception for when the government really needs to control your digital assistant, of course.