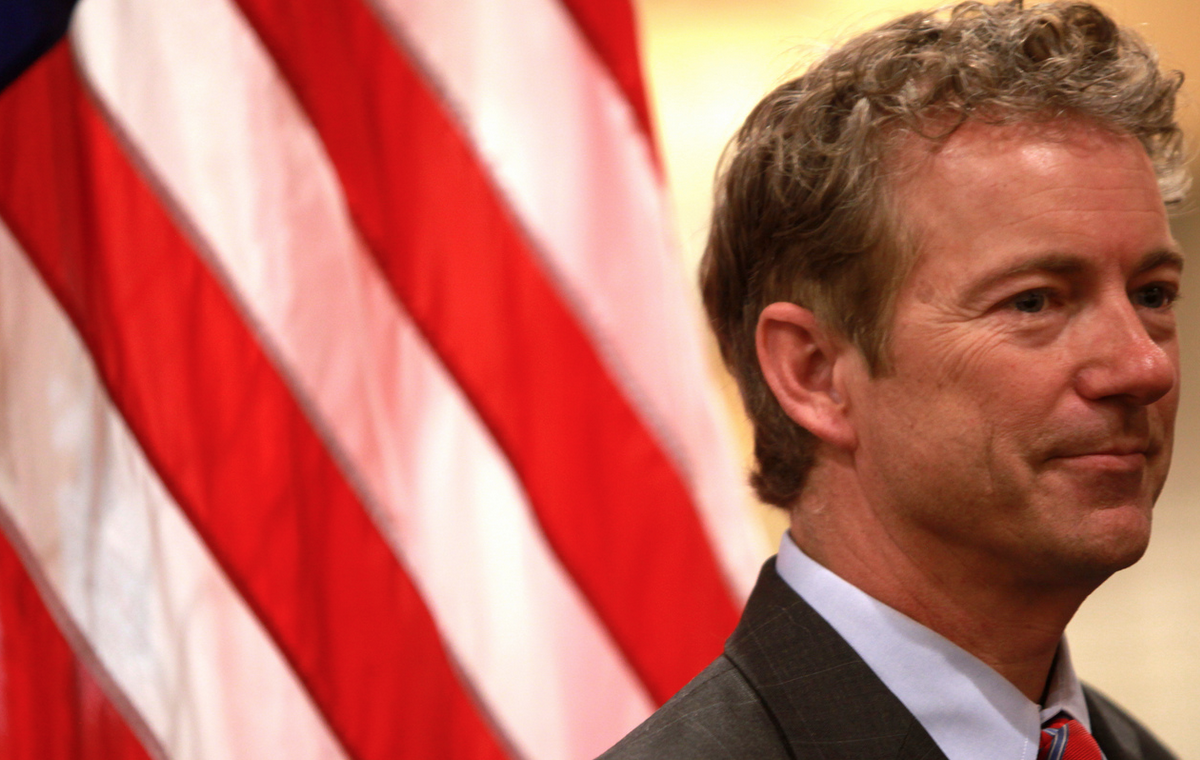 In all criminal prosecutions, the accused shall enjoy the right to a speedy and public trial, by an impartial jury of the state and district wherein the crime shall have been committed, which district shall have been previously ascertained by law, and to be informed of the nature and cause of the accusation; to be confronted with the witnesses against him; to have compulsory process for obtaining witnesses in his favor, and to have the assistance of counsel for his defense.

“We’re excited this week to be introducing legislation that would stop the government from indefinitely detaining someone.”

Kentucky Senator Rand Paul, a Republican, spoke of his plan to introduce The Sixth Amendment Preservation Act to Congress later in the week. The proposed bill, described as “utterly faithful to constitutional principles” by civil libertarian and Fox News senior judicial analyst Judge Andrew Napolitano, seeks to ensure that the Sixth Amendment “guarantee of a speedy trial in all prosecutions is upheld.”

Detained Without A Trial: Constitutional abuses in times of terror

While many may not have heard the words “indefinite detention” before, they are very familiar with the concept. After criticizing such policies in former President Barack Obama and former President George W. Bush’s administrations, the American Civil Liberties Union (ACLU) explains:

Under such a regime, people who have never committed a crime, or for whom the government lacks reliable evidence of criminal conduct, could be imprisoned indefinitely? perhaps for their entire lives?without charge or trial.

The practice is often considered during times of great threat to the United States.

“We detained the Japanese without trial, which was a form of indefinite detention during World War II,” Paul said. And the 1942 decision to detain American citizens, without trial, on the basis of ethnicity alone was upheld at the time as legal.

75 years later, liberal Americans worry that a President Donald Trump could very well follow in the footsteps of the late President Franklin Delano Roosevelt, this time with American Muslims. Whether or not these fears are perfectly legitimate or completely overblown is one conversation. But whether or not the implementation of the practice is still possible is another.

Paul noted a key loophole in various pieces of legislation purportedly set to limit the president’s ability to detain citizens in times of fear. He also spoke of the National Defense Authorization Act passed by Obama in 2011, which included provisions to protect indefinite detention on the basis of terror.

While there are those who will continue to support the practice of unconstitutional detainment because of blind support for a sitting president, ignorance of constitutional civil liberties, or staunch opposition to the principle that all suspects are “innocent until proven guilty,” it should be noted that indefinite detention is not only problematic in times of terror.

In fact, indefinite detention is a terrifying reality that those who rarely pay attention to abuses in the criminal justice system often don’t realize exists.

RELATED: Unlikely allies have teamed up to do what the White House won?t on criminal justice reform

Detained Without A Trial: The Kalief Browder story

Kalief Browder died on June 6, 2015, but it seems as though his life truly ended when he was only 16 years old.

Browder and a friend were walking down the streets of the Bronx on May 15, 2010 as they made their way home from a party. His 17th birthday was in ten days, but any celebration was put on hold by the sound of police cars speeding towards the pair.

“I didn?t rob anybody,” Browder told one of the officers. He had been informed that someone accused him of robbing a man that night — Browder was later told that he was accused of robbing a man two weeks prior.

“You can check my pockets,” he told them. The officers found nothing.

“What am I being charged for?? Browder asked. He didn’t know it at the time, but he would never face a charge. Or a trial.

Thus began the first night of the end of Browder’s life. But the end was not immediate.

Browder spent three years in Rikers Island, a famed New York prison of ill repute. Of the three years he was imprisoned without a trial, he spent two of those years in solitary confinement. Of all the abuse he suffered for a crime that he did not commit — The New Yorker obtained two videos of unprovoked attacks on Browder by his fellow inmates and the prison guards, — there is a consensus that the cruel conditions of solitary confinement contributed most to his death.

Though Browder was released from prison in 2013, he was a changed young man. His innocence was stolen. His mind was broken. He searched to reclaim his life, but tragically ended it two years later.

“So when you see people and you see some of this anger at people in the streets and you?re like, ?Why are they so unhappy?? Think about Kalief Browder and think about how his friends must feel about American justice, how his parents must feel and about how his community feels,” Paul told a crowd in Concord, N. H. a few days after Browder’s death. “If we become the party that cares about the Sixth Amendment as much as we do the Second Amendment, we?re going to dominate.”

RELATED: How mandatory minimums have created rising prison populations in the U.S.

Detained Without A Trial: The Republican relationship with criminal justice reform

When asked what he thought of his statement two years later, Paul said “I still believe it to be true.” But his words weren’t without a dose of cynicism.

“If we don’t understand that people come from different places in life and if we don’t understand the horribly brutish things our criminal justice system can do to people, we’re never going to have a broad enough coalition to really be a dominant national party,” he added. Though he said that many Republicans have yet to grasp that concept, he believed that some general ideas were shifting in favor of understanding the issue.

Still, Paul repeated his thoughts from two years prior, saying “You can’t keep the Second Amendment if you don’t protect the Fourth, Fifth, and Sixth.”

Naturally, the idea of a party whose collective ideas on the criminal justice system appear to long for the 1980s led to questions about the current administration and the controversial Attorney General Jeff Sessions.

Advocates for civil liberties and criminal justice reform, particularly regarding the War on Drugs and civil asset forfeiture, saw their worst fears come to life with Sessions’ appointment. And if his past statements weren’t concerning enough, Sessions recently expressed his intention to direct prosecutors to pursue draconian mandatory minimum sentences against non-violent drug offenders. Paul responded to his actions in a statement shortly after:

Mandatory minimum sentences have unfairly and disproportionately incarcerated too many minorities for too long. Attorney General Sessions? new policy will accentuate that injustice.

“There’s very little that this Department of Justice is doing in favor of criminal justice or towards civil liberties,” Paul responded when asked.

So why would a criminal justice reform advocate like himself vote in favor of his confirmation?

Paul said that he had to choose which fights he believed had a chance. This included his vocal opposition to neoconservatives such as John Bolton and Elliot Abrams from having any sort of impact in the State Department.

And it’s not as though Trump was necessarily looking for a civil libertarian to fill the role.

“I think any replacement would have been somebody sort of deeply from the same school,” he admitted. And a candidate after Sessions might have been “worse.”

Detainment Without A Trial:

As for the administration’s future relationship with criminal justice reform, Paul said it was “too early to tell.”

“I don’t have high expectations of this,” he said. “But I will try to influence him on that.” While Paul has done his fair share of praising and criticizing the various actions taken for and against criminal justice reform in both Trump and Obama’s administration, he believed the government’s overall attitude in favor of constitutional justice was on its way.

He concluded, saying that he didn’t just believe so because criminal justice reform is very much a bipartisan issue. He also recalled a lesson from his father, former Texas Representative Ron Paul:

My dad used to always say that he felt the public was a decade or so in front of the legislature.