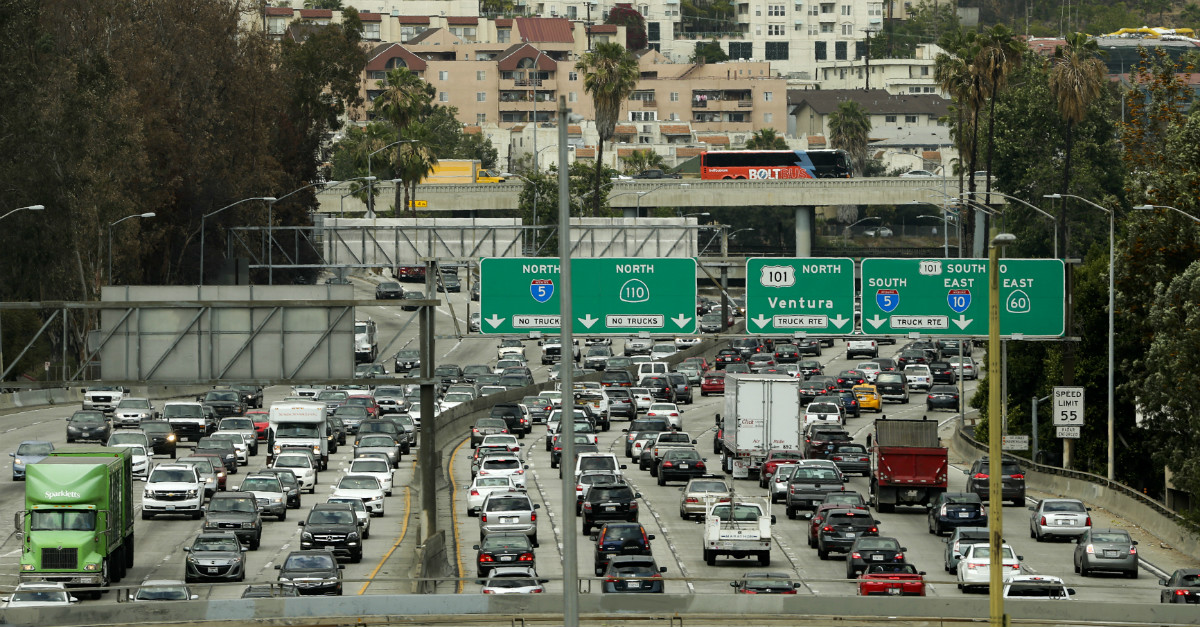 AP Photo/Jae C. Hong
In this Wednesday, May 6, 2015 photo, traffic slowly moves along the 110 Freeway during afternoon rush hour in downtown Los Angeles. Within 30 years, the Department of Transportation projects, drivers will have to tolerate stop-and-go conditions or slow traffic for some period of each day on more than a third of U.S. highways. (AP Photo/Jae C. Hong)

As the debate continues in many states over whether legal marijuana is bad for society, in at least one crucial area the evidence seems to be in regarding the medicinal form: Legal medical pot appears to be saving lives on our highways.

Reuters reported on Wednesday that according to a new study, “the number of people killed in traffic accidents dropped after medical marijuana laws were enacted.”

Related: Police still arrest people for marijuana every 49 seconds? they need to stop

?’Instead of seeing an increase in fatalities, we saw a reduction, which was totally unexpected,’ said Julian Santaella-Tenorio, the study?s lead author and a doctoral student at Columbia University?s Mailman School of Public Health in New York City,” Reuters noted.

The stats are interesting.

“Since 1996, 28 states have legalized marijuana for medical use,” Reuters observed. “Deaths dropped 11 percent on average in states that legalized medical marijuana, researchers discovered after analyzing 1.2 million traffic fatalities nationwide from 1985 through 2014.”

“The decrease in traffic fatalities was particularly striking ? 12 percent ? in 25- to 44-year-olds, an age group with a large percentage of registered medical marijuana users, the authors report in the American Journal of Public Health.”

This new data seems to contradict a 2015 report that purportedly showed that traffic accidents in the state of Washington had gone up after that state legalized marijuana.

Reason’s Jacob Sullum, among others, explained why he believed the 2015 report was not conclusive, but also observed, “Although marijuana’s contribution to traffic accidents is hard to pin down, it is possible than an increase in cannabis consumption following legalization would lead to more stoned drivers on the road, resulting in more crashes.”

“Alternatively, if more pot smoking is accompanied by less drinking, the net result could be fewer crashes, since alcohol impairs drivers a lot more than marijuana does, “Sullum wrote in 2015. “It is not clear yet whether either of those scenarios is materializing in Washington.”

?Public safety doesn?t decrease with increased access to marijuana, rather it improves,? Benjamin Hansen, who was involved in a 2013 study on this subject, told Reuters. Hansen was made clear that any-mind altering drugs–marijuana, alcohol or other narcotics–will impair driving.