Police presence in American public schools increased by a third from 1997 to 2007, a change which hasn’t had the good results we might anticipate.

On the contrary, there’s little evidence to show that placing officers in schools reduces criminal activity. In fact, as I’ve written before here at Rare, some data suggests that the opposite is true: when cops withdraw from the school environment, misbehavior has been found to decrease.

One juvenile court judge, Steven C. Teske, actually testified to Congress that constant police patrol in schools distracts attention from really serious infractions by bogging down the juvenile justice system with petty stuff a teacher or principal should be able to handle.

Putting lots of police in schools, in Teske’s experience, often meant “attention was taken from the more difficult evidentiary and ‘scary’ cases—burglary, robberies, car thefts, aggravated assaults with weapons—to prosecuting kids that are not ‘scary,’ but made an adult mad.” As a result, police and court time were wasted while schools actually became less safe.

Despite this indication that putting more officers in schools isn’t necessarily a good idea, Los Angeles public schools plan to respond to the terrorism threat that wasn’t by increasing police presence on campus:

When Los Angeles Unified schools reopen Wednesday, students, teachers and parents can expect to see more police even though a threat that closed campuses the day before was determined not credible, officials said.

Officials spent Tuesday assessing an emailed threat, and concluded that it was “not credible,” according to Mayor Eric Garcetti.

Even so, the Los Angeles Police Department is increasing its presence in schools. LAPD will patrol the district more than usual on Wednesday, Police Chief Charlie Beck said at a news conference.

This story might be funny if it weren’t so bizarre: Remember, the students of LA were—thank goodness—never in any real danger of terrorism. (In fact, New York City received the same threat but didn’t shut down schools because police noticed that the supposed terrorists didn’t capitalize “Allah,” which revealed the note to be a fraud.)

The plan to ramp up police activity is reminiscent of unjustified pushes to halt reform of police militarization after the San Bernadino attacks—except sillier, as here there was, again, no real threat.

It should go without saying that any risk of harm to children is scary and unsettling. Yet just as with San Bernadino, letting fear override facts is a dangerous way to make policy and practice policing. 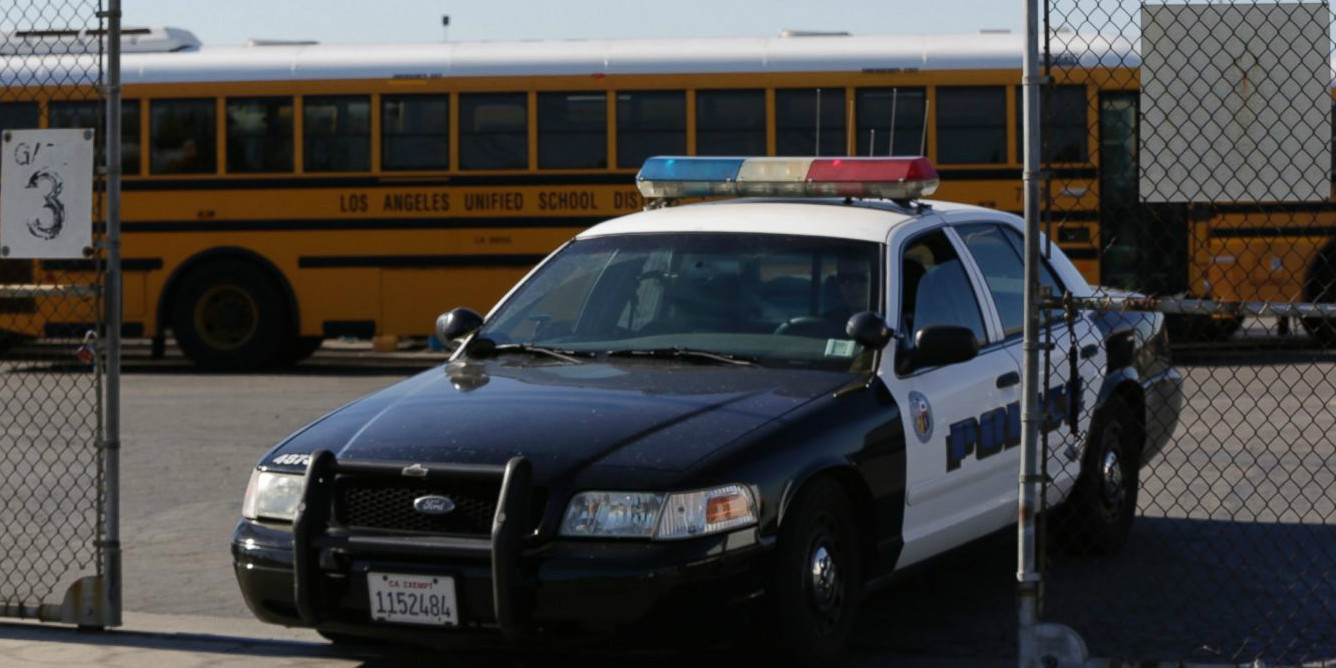