Menu
Follow us
Search
Menu
Search
A snowplow pushes hail from the road during a storm in Westminster, Colo., north of Denver on Wednesday, May 18, 2011. The storm prompted tornado warnings in the area but none touched down. (AP Photo/Ed Andrieski)

The east coast was pounded by a nasty blizzard Tuesday and one of the cities hardest hit was Boston.

Pledging to assist anyone who “wants to get plowed,” the adult entertainment site says it is sending out a fleet of branded trucks to clean the city’s streets and parking lots for free.

In most places, snow plowing is done by local governments. However, the costs of snow removal can pile up over a year.

Private charity by companies has even proved to be better at disaster relief than the government in some circumstances. The most recent example was last summer’s flooding in Louisiana when private companies and volunteers did everything from rescue people, often delivering relief supplies better than government entities. 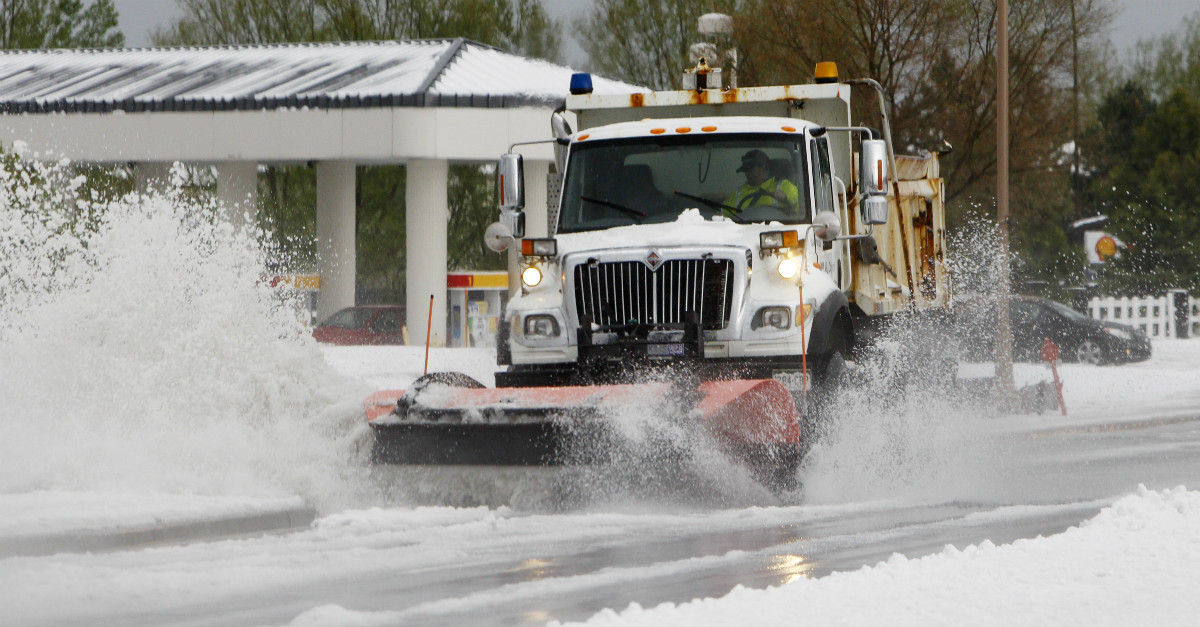