The left sees a smoking gun in Comey’s firing because it makes them feel good, not because it’s true 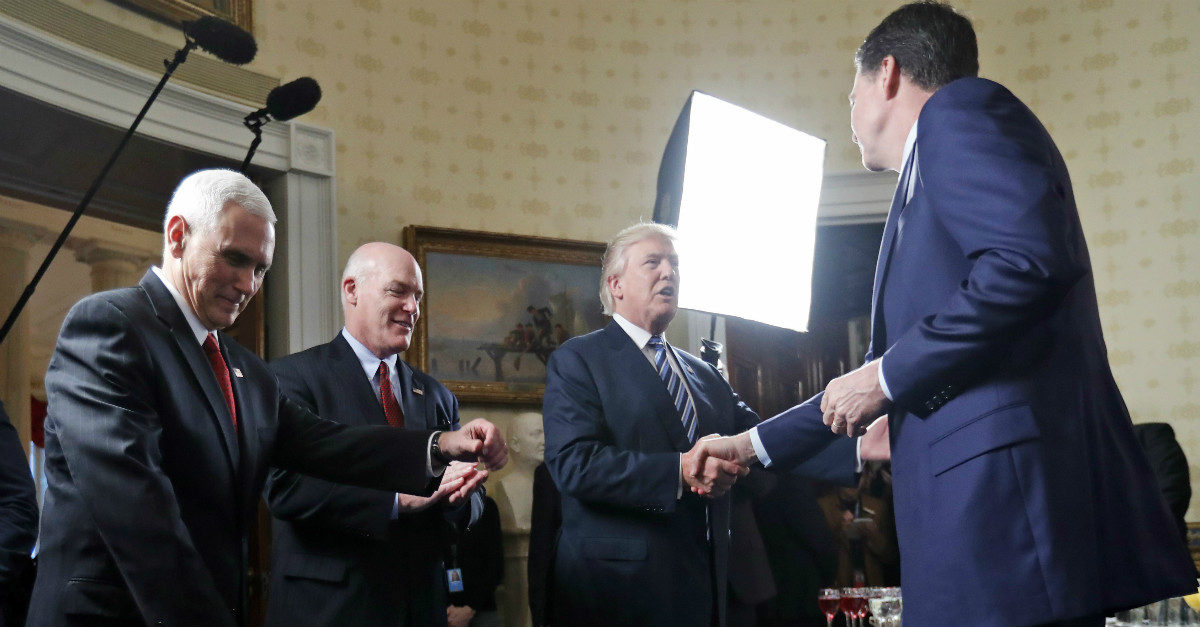 When Donald Trump fired FBI head James Comey, I was as interested in the reactions as the event. Both Democrats and Republicans seemed to understand that at a bare minimum, it looked really bad for this to occur during an ongoing investigation of the administration. Though many conservatives and Republicans did question the president’s judgment, it was Democrats who were unsurprisingly quickest to insist it somehow cemented a Trump-Putin connection.

But there isn’t a connection. Even top Democrats closest to the investigation still say there’s nothing there. As Rare’s Matt Purple noted Wednesday, “Spewing spittle-flecked accusations and advancing paranoia doesn’t make you a defender of democracy; it makes you indistinguishable from the president himself.”

RELATED: An inept overreach, not an authoritarian coup

“During these times of scalding partisanship, what’s needed is careful analysis and pursuit of the facts, not conniptions,” Purple writes. “To begin: last night did not cement collusion between Trump’s presidential campaign and Moscow — there’s still no hard evidence for that.”

Still, one of the more popular posts on my Facebook feed shared by left-leaning friends Wednesday was a fun cartoon by the Atlanta Journal-Constitution’s Pulitzer Prize-winning cartoonist, Mike Luckovich:

Obviously this implies Comey was hot on the trail of discovering wrongdoing by Trump, and the president had to fire the FBI head because his back was against the wall. I saw different versions of this sentiment all over social media Tuesday night and Wednesday.

The suspicions are not without any warrant, obviously, given what we know about Michael Flynn. And yes, the timing of the firing certainly looks suspicious. But is liberals’ partisanship so strong, is their hatred for Trump so visceral, that they are willing to stick to a still unproven narrative no matter what as an article of faith?

For so many ideologues, their political identity is so integral to their general identity that believing things that aren’t true, or aren’t yet proven, simply makes them feel good. They care more about those feelings than truth.

Nor is this a left-right thing. It’s transpartisan.

Watching progressives continue to push Trump-Putin conspiracies in the wake of the Comey firing took me back to 2014. That year, so many conservatives were excited over the New York Times reporting that WMDs had been discovered in Iraq, which had been the primary justification for the U.S. invading Iraq in 2003.

What was discovered in 2014 had nothing to do with the potentially mushroom cloud-producing nuclear weapons various George W. Bush administration officials insisted were possessed by Saddam Hussein. But conservatives’ political identities were so intertwined during the Bush years with defending the Iraq War that any morsel that they could spin into a vindication of President Bush — and themselves — was readily seized. You will meet conservatives to this day that insist that WMDs really were discovered in 2014 and that Dick Cheney was right all along about Hussein.

The evidence to the contrary, that no weapons were ever found, be damned.

RELATED: What was the most damaging conspiracy theory in U.S. history?

I suspect long after the Trump administration there will still be liberals who believe the Russians delivered him the election in the same way some conservatives still insist George W. Bush was right about arguably the most misguided war in U.S. history — not because either is true, but because both fabrications make each group feel good.

It is still possible that collusion between Trump and Russia could be discovered, in the same way that a nuke could theoretically still be hidden somewhere in Baghdad. But for ideologues who seek solace first, it makes little difference.