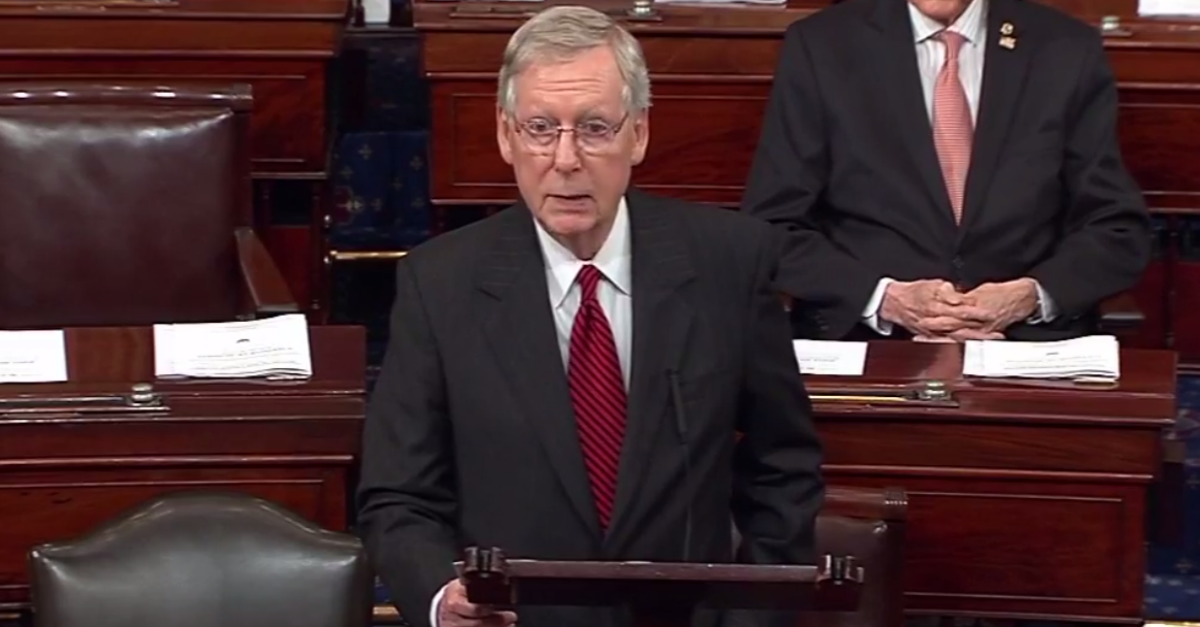 President Donald Trump’s Tuesday evening decision to fire FBI Director James Comey sent shockwaves through Washington. Unsurprisingly, Democrats lined up against Trump’s decision; but even a few Republicans, including John McCain (R-AZ) and Senate Intelligence Chairman Richard Burr (R-NC) criticized the move. Some Democrats declared that Trump’s decision to oust Comey in the midst of an ongoing FBI investigation into his campaign amounts to a “cover-up.”

On Wednesday morning, Senate Majority Leader Mitch McConnell (R-KY) spoke on the floor and defended the president’s decision. To make his case, McConnell pointed out that Deputy Attorney General Rod Rosenstein, who enjoyed an overwhelming bipartisan confirmation, was one of the voices behind Trump’s move to remove Comey. The Kentucky lawmaker said, “Here’s what we have now, our democratic colleagues complaining about the removal of an FBI director whom they themselves repeatedly and sharply criticized. That removal being done by a man whom they repeatedly and profusely praised.” Rosenstein has taken the lead on the possible investigation between Trump and Russia since Attorney General Jeff Sessions recused himself.

McConnell did his best to look to the future saying, “Once the senate receives a nomination to fill this position, we’ll look forward to a full, fair and timely confirmation process…this is a critical role that is particularly important.”

RELATED: By firing James Comey, Trump turned the bonfire that is the Russia inquiry into an inferno