The right should not dismiss #MeToo 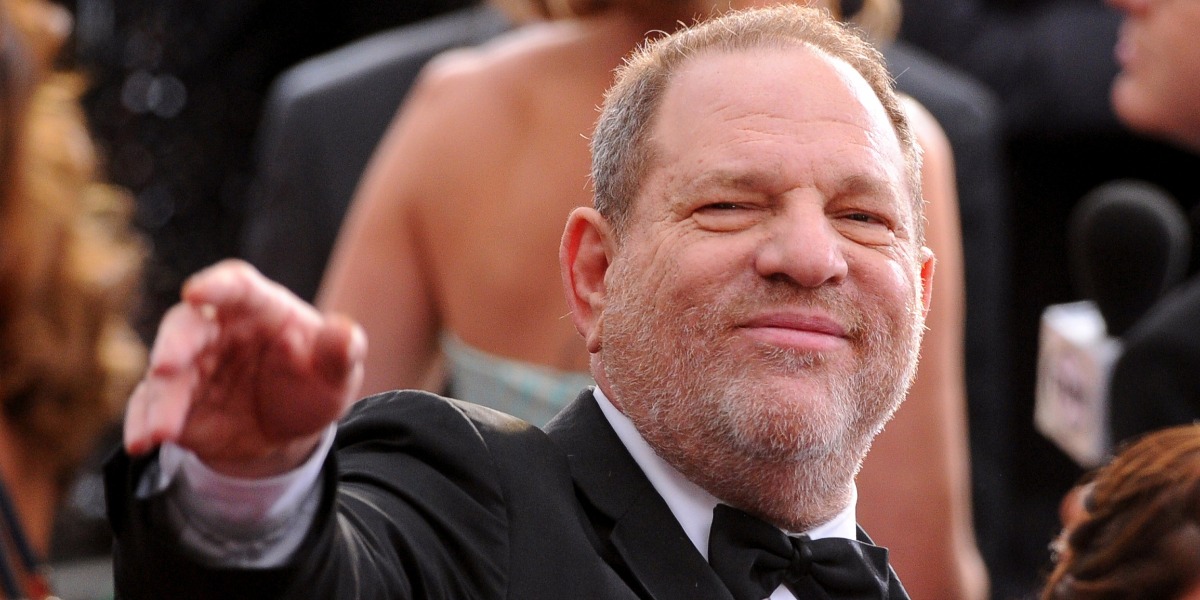 Photo by Vince Bucci/Invision/AP, File
FILE- In this Feb. 22, 2015 file photo, Harvey Weinstein arrives at the Oscars at the Dolby Theatre in Los Angeles. On Saturday, Oct. 14, 2016, the Academy of Motion Picture Arts and Sciences revoked Weinstein's membership. The decision, reached Saturday in an emergency session, comes in the wake of recent reports by The New York Times and The New Yorker magazine that revealed sexual harassment and rape allegations against him going back decades.(Photo by Vince Bucci/Invision/AP, File)

In the wake of the harrowing accounts of sexual misconduct perpetrated by Harvey Weinstein, millions of women have flooded social media with the “#MeToo” to describe their own experiences.

Unfortunately, the reaction by some on the right is to dismiss these accounts as “collectivist virtue signaling of a very perilous sort,” as conservative writer Michelle Malkin described it.

No, it is not “virtue signaling” to tell harrowing personal tales of abuse and misconduct by the powerful against the powerless. These stories have been received for decades with a combination of disbelief and mockery. Asking women “what were you wearing?” and similar accusations have long been routine. Where is the “virtue” in subjecting oneself to that?

Nor should these accounts be dismissed as “hashtag feminism,” as if it could ever be cool to recount being victimized.

The tenor of a lot of the criticism of #MeToo, and the rest of Malkin’s dismissive article, is that what cannot be proved in a court of law did not happen. That criticism ignores what every good prosecutor knows: many, many crimes occur that cannot be proven to the high standard that’s required in a criminal case. Take any assault that occurs in someone’s home without witnesses, or where the victim is unconscious. Just because the case cannot meet the high burden of proof set by the courts does not mean that it didn’t happen.

A victim might be too emotionally distraught after an attack to take the steps necessary to preserve the evidence. And even if she does, she still fears being disbelieved. A 2007 study by the U.S. Department of Justice that surveyed undergraduate men and women found that only 2 percent of sexual assault victims incapacitated by drugs or alcohol and just 13 percent of “physically forced” victims reported the crimes to law enforcement.

Even when a crime is reported, evidence is preserved, and a prosecutor wants to move forward, victims may not have the emotional wherewithal to handle the burden of testifying. The defense attorney is going to pepper them with questions about their past and their “sexual history.” Many of the “#MeToo” accounts include the fear that no one will believe their story, and how can we blame them when this is the gauntlet that awaits?

There is a vast, vast difference between what can be proven “beyond a reasonable doubt” and what reasonable people can believe occurred, and slowly the nation has shifted to grant victims a hearing in the court of public opinion, at least. Take the Bill Cosby case. Dozens of women accused the comedian of drugging and raping them, and yet his case resulted in a hung jury.

Today, we’re a lot more likely to believe victims, if we see that their accounts all match and follow a pattern of behavior. Sure, there are false allegations, and they may be more likely to happen against famous men. Harvey Weinstein’s alleged misconduct follows a unique pattern, too — and the fact that so many women have accused him over so long a period of time makes their stories more believable. It’s unlikely that these women all independently manufactured the same story.

Whereas previously we would ask victims to prove that their stories were true, we’re now just as likely to ask an equally valid question: what reason do they all have to lie?

“Beyond a reasonable doubt” was set as the standard to ensure that we do not put innocent people behind bars. It isn’t the standard for the court of public opinion, where decent people can use logic and reason to come to their own conclusions.

At the very least, the sheer number of accounts in the “#MeToo” movement sheds light on a necessary dialogue on the modern evolution and the relationship of power and sex in the workplace.