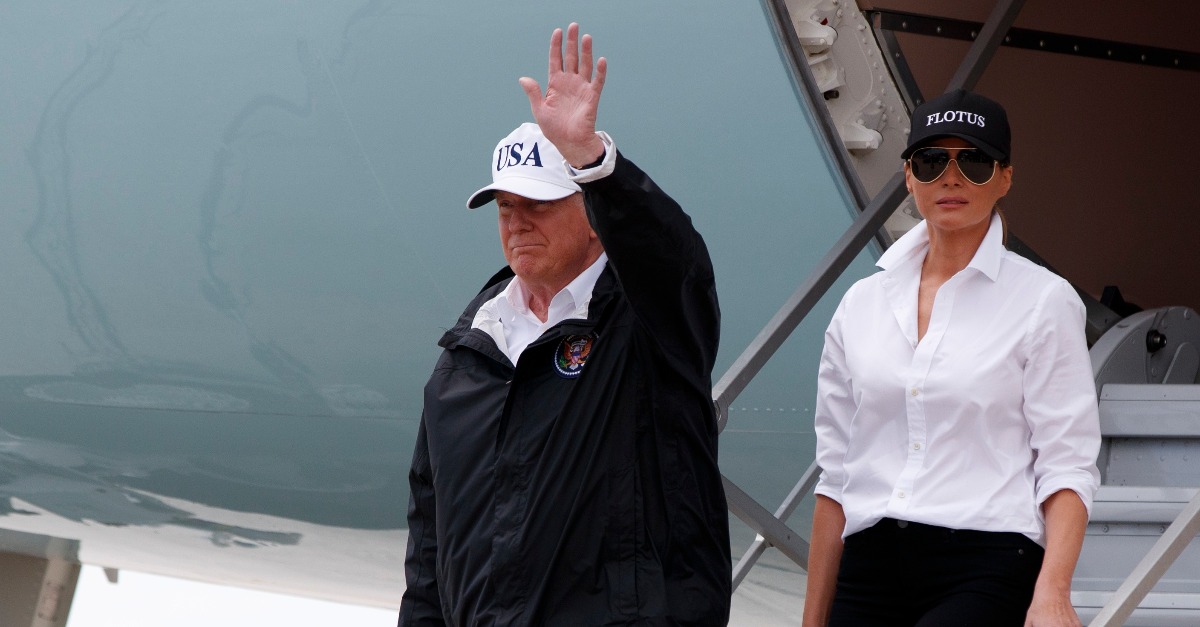 Now, before the angry comments start flying, let me clarify that I’m glad the president’s $1 million will go to help rebuild damaged homes and lives in Texas and Louisiana—if he makes the donation, that is. Multiple investigative reports have found Trump frequently fails to follow through on his charitable pledges, although hopefully the increased scrutiny that comes with being president will hold him to his word this time.

The donation could also be his chance, after months of missteps, to finally emerge as a unifying figure leading by example.

Trump would not be the first president to donate to charity while in office. According to a report by Forbes, President Obama donated a total of over $1 million—about 10 percent of his income—to various causes. These included scholarships for the children of wounded or fallen service members, disaster relief in Haiti, a gun control group founded after the Sandy Hook shooting and the construction of the Martin Luther King, Jr. Memorial.

For President Obama, charitable donations—some as small as $2,000—were largely symbolic gestures intended to show the American people where his priorities lay while encouraging them to follow his example. Trump’s donation, a drop in the bucket compared to the president’s own massive fortune and the projected multi-billion dollar cost of the Harvey relief and recovery, is clearly intended to have a similar effect.

What concerns me, though, is that for Obama, the disbursal of wealth was a function of power while for Trump, power seems to be a function of wealth.

In the early days of the Ancient Roman Republic, only the wealthy could hold office and a senator who lost his fortune was expected to resign. Even after elections were given an expanded role in the Republic, gaining and holding office still required benignitas (“generosity”), which took a variety of forms, including directly passing out money to down-on-their-luck constituents.

Trump’s private wealth was a pillar of his campaign, used to support the argument that, despite his multiple bankruptcies and long history of political cronyism, he would be able to “run the country like a business” and avoid compromising himself by begging special interest groups for money. “The beauty of me,” he said in an interview, “is that I’m very rich.”

RARE POV: Stop using Hurricane Harvey as an excuse to attack the GOP and Donald Trump

The ability to create wealth is highly prized in our society, but without his riches, Trump would never have been considered a viable candidate. There a number of qualities, including strong moral character and knowledge of law and public policy, that he simply lacks and no amount of money can make up for those deficiencies. Wealth alone does not a leader make.

I hope Trump’s $1 million ends up helping the needy victims of Harvey and encourages many Americans to donate, as well. But let’s make sure we don’t glorify Trump’s wealth to the point of believing that the occasional donation can make up for deficient leadership.