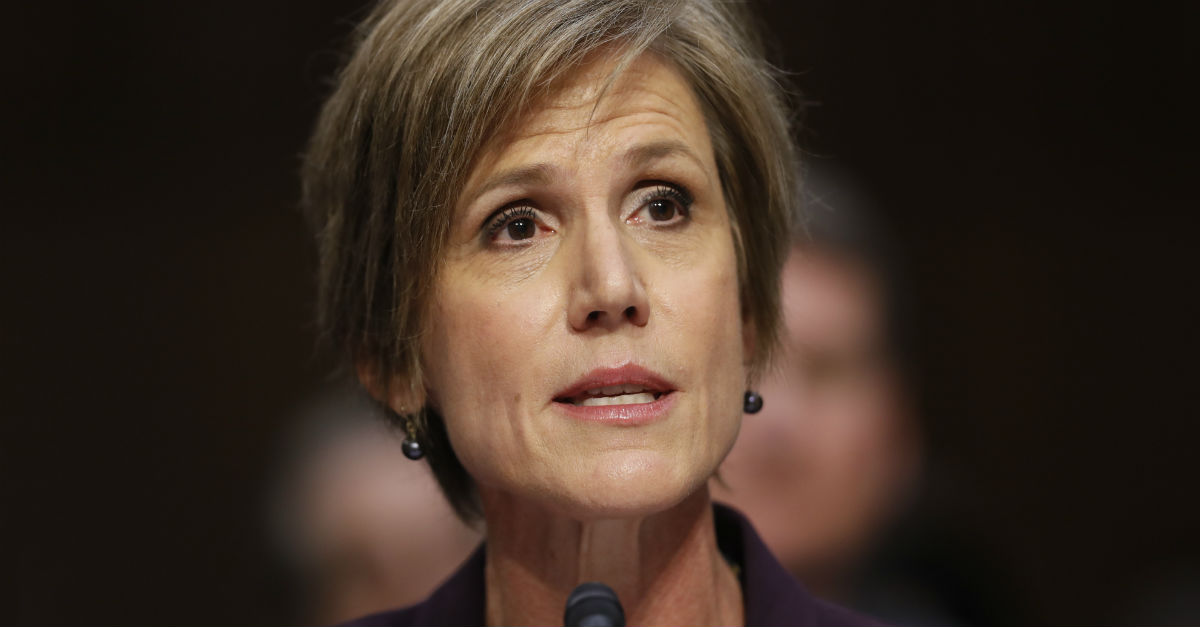 We learned quite a lot during former acting Attorney General Sally Yates? hearing before Congress yesterday.

We learned, for instance, that she knew early on that now-fired National Security Advisor Mike Flynn lied to Vice President Mike Pence about his discussions with Russian Ambassador Sergey Kislyak. We learned she was so concerned that Flynn could be blackmailed by the Russians that she approached White House Counsel Donald McGahn to warn him about what was going on. We also know that President Trump had more than sufficient reason to fire Flynn the next day for misleading Pence, but for some reason the president chose to let Flynn stay on for another few weeks, pushing him out only after the White House turmoil spilled onto the front pages.

Yet something else came out of the hearings that was just as significant but which has been buried under the Flynn saga: the Trump administration purposefully kept Yates out of the loop when the Muslim travel ban was being formulated.

The ban has turned out to be a complete and utter disaster for the administration. The first executive order was crafted almost exclusively by White House staff with very little input from the agencies that would be responsible for implementing and enforcing it (even after it took effect, airport officials across the country were unclear about how it was supposed to work). It has been blocked by the courts on numerous occasions.

But even if the travel ban had been a smooth success, to not even inform the acting attorney general, the head of the department that would have to defend the government in the event of a court challenge, is almost unheard of. Indeed, according to Yates herself, it?s never happened before: ?I?m […] not aware of a situation where the Office of Legal Counsel was advised not to tell the attorney general about it until after it was over.?

If the Flynn story is an albatross around the administration?s neck, the travel ban exemplifies just how disheveled, ill-prepared and petty the White House can be when Trump wants something done quickly. Yes, Sally Yates was an Obama administration holdover serving in an acting capacity. And yes, if Trump hadn’t fired her, she would have resigned anyway as soon as the president’s pick for attorney general was confirmed. Yet whether he liked it or not, Yates was the top official in the Justice Department at the time the White House was writing an inevitably controversial executive order. As the top law enforcement official in the land, she should have been consulted and brought into the process.

This tidbit is further proof that Trump is so Nixonian, he doesn’t mind shutting out even the nation’s top law enforcement officer. That?s not how the government is supposed to work.