Menu
Follow us
Search
Menu
Search
COLUMBUS, OH - SEPTEMBER 15: Megan Rapinoe #15 of the U.S. Women's National Team kneels during the playing of the U.S. National Anthem before a match against Thailand on September 15, 2016 at MAPFRE Stadium in Columbus, Ohio. (Photo by Jamie Sabau/Getty Images)

US Soccer has become the first American sports organization to require that players stand for the National Anthem, explicitly banning the form of protest popularized by Colin Kaepernick and US Soccer’s own Megan Rapinoe, whose protest is pictured for this piece.

RELATED: Colin Kaepernick, soon to be job hunting, has plans to end his protest during the national anthem heading forward

Deadspin notes that the NBA requires “dignified posture” during the playing of the National Anthem, but that they’ve also announced an interest in accommodating players’ preferred self-expression during the Anthem, reaching out to the players’ association to work with them.

US Soccer was quick to condemn Rapinoe’s protest when she first kneeled for the National Anthem last year. In a statement, they wrote:

Representing your country is a privilege and honor for any player or coach that is associated with U.S. Soccer’s National Teams. Therefore, our national anthem has particular significance for U.S. Soccer. In front of national and often global audiences, the playing of our national anthem is an opportunity for our Men’s and Women’s National Team players and coaches to reflect upon the liberties and freedom we all appreciate in this country. As part of the privilege to represent your country, we have an expectation that our players and coaches will stand and honor our flag while the National Anthem is played.

They’ve now made that expectation a rule, though they’ve not said what penalties a player could expect for violating it.

Shortly after the protest last year, Rapinoe explained why she took a knee. “Quite honestly, being gay, I have stood with my hand over my heart during the national anthem and felt like I haven’t had my liberties protected,” she said in an interview with ESPNw. 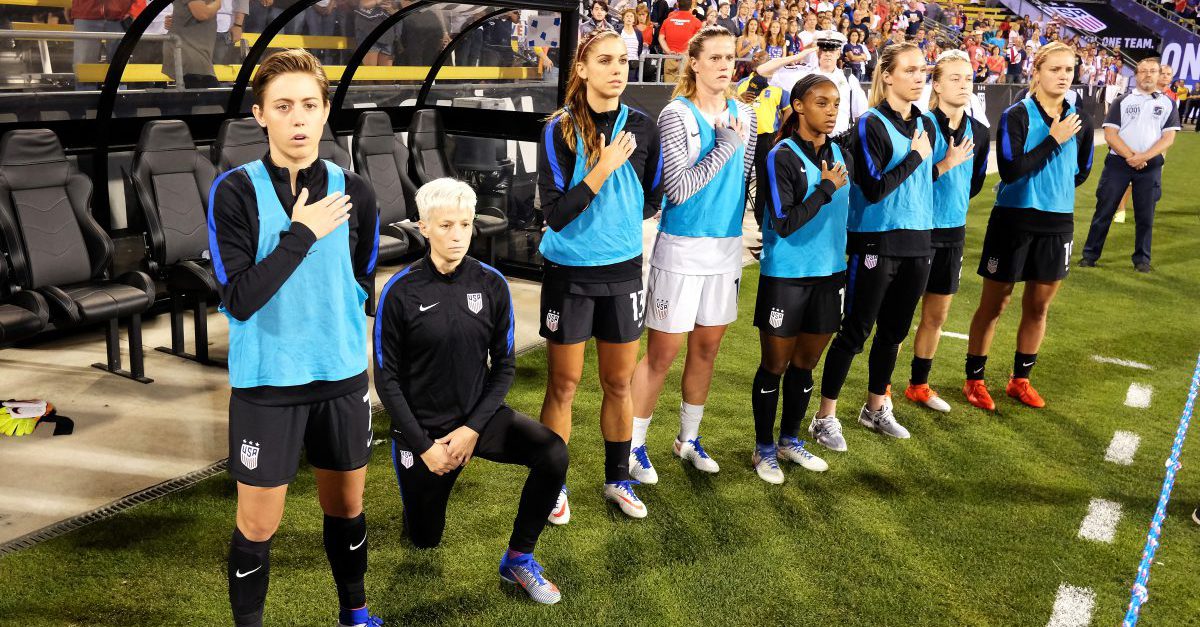