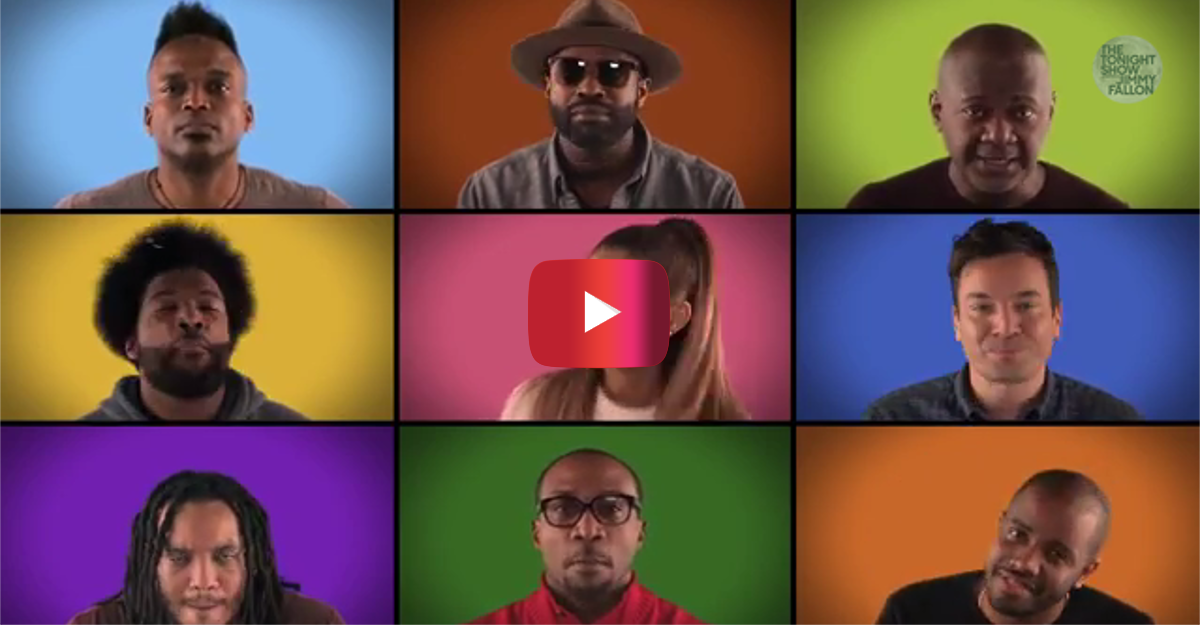 After America’s biggest sporting event of the year, a group of musicians from both sides of the pond got together to sing a British sporting anthem.

On a special post-Super Bowl episode of “The Tonight Show Starring Jimmy Fallon,” Fallon and house band The Roots did a Brady Bunch-style a cappella rendition of Queen’s “We Are The Champions.” They were joined by other musicians including Meghan Trainor, Sam Smith, Ariana Grande and One Direction.

And speaking of “The Brady Bunch,” Danny Trejo and Steve Buscemi starred in an ad during the Super Bowl for Snickers as Marsha and Jan, respectively. Yes, really.