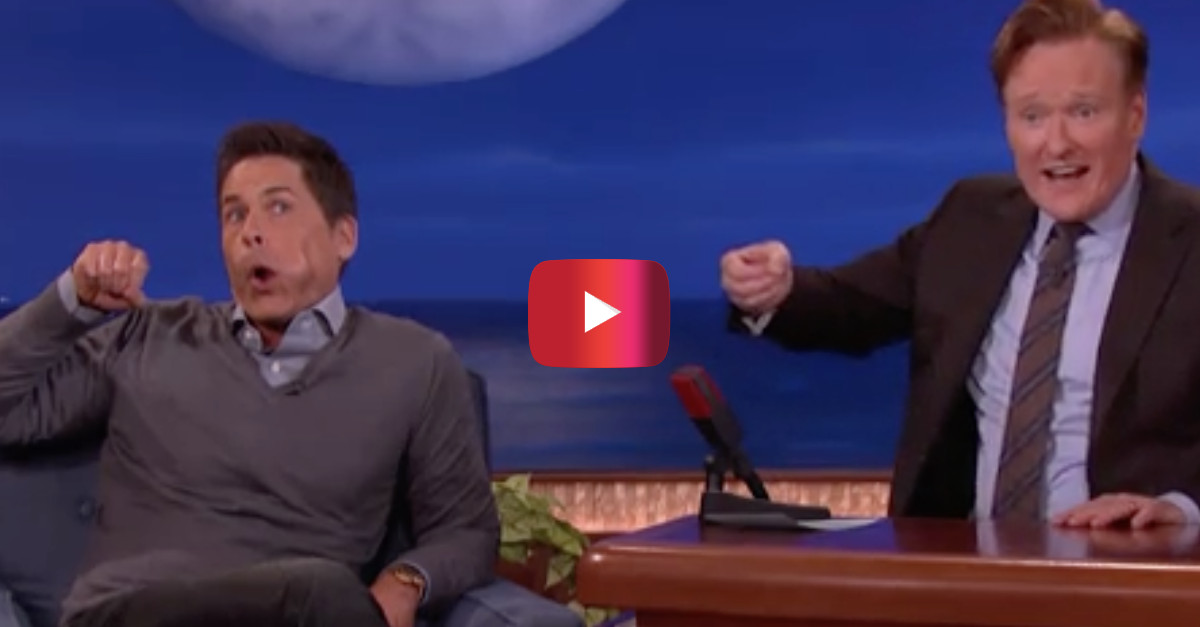 During a recent appearance on “Conan” Lowe recounted his experience dating Grant’s daughter and how at first he didn’t know much about the legendary actor.

“I was kind of like, ‘who’s this crazy old man,’ I was just trying to bang his daughter,” Lowe tells Conan.

After the two joked about the crass nature of Lowe’s comment regarding Grant’s daughter, Lowe revealed the one piece of advice that Grant gave him that he has never forgotten during his career.

“Young man…don’t ever eat a hot dog on a dais,” Grant told a confused Lowe.

“Because then there will be a picture of you with a hot dog in your mouth.”