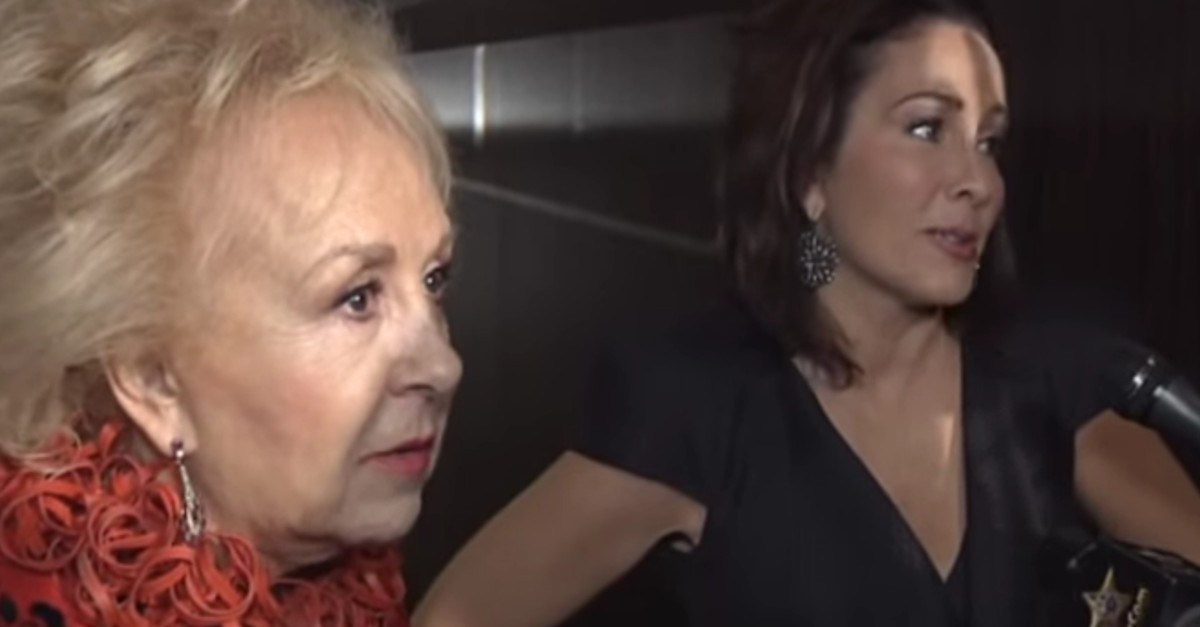 Thanks to maximotv.com, a 2010 interview with Doris Roberts and Patricia Heaton is preserved on YouTube for all to enjoy.

The interview was conducted after the two “Everybody Loves Raymond” stars walked a rope line at a charity event, when they were cornered by reporters asking about their famous show.

RELATED: Heartbreaking news for fans of this Hollywood legend and ?Everybody Loves Raymond? star

Roberts, who passed away Sunday at age 90, recounts how one of her favorite moments of the show was in one of the final seasons, when she pushed Heaton’s character out of bed so she could lie next to her son, played by Ray Romano.

Though the two were rivals on screen for many years, their friendship off screen seemed filled with love.

After Roberts’ death was announced, Heaton went to social media to talk about the passing of her TV mother-in-law.

To my beloved Marie - RIP. pic.twitter.com/TtZCySQnLK

RELATED: Remember Doris Roberts with this scene from one of the funniest movies of all time