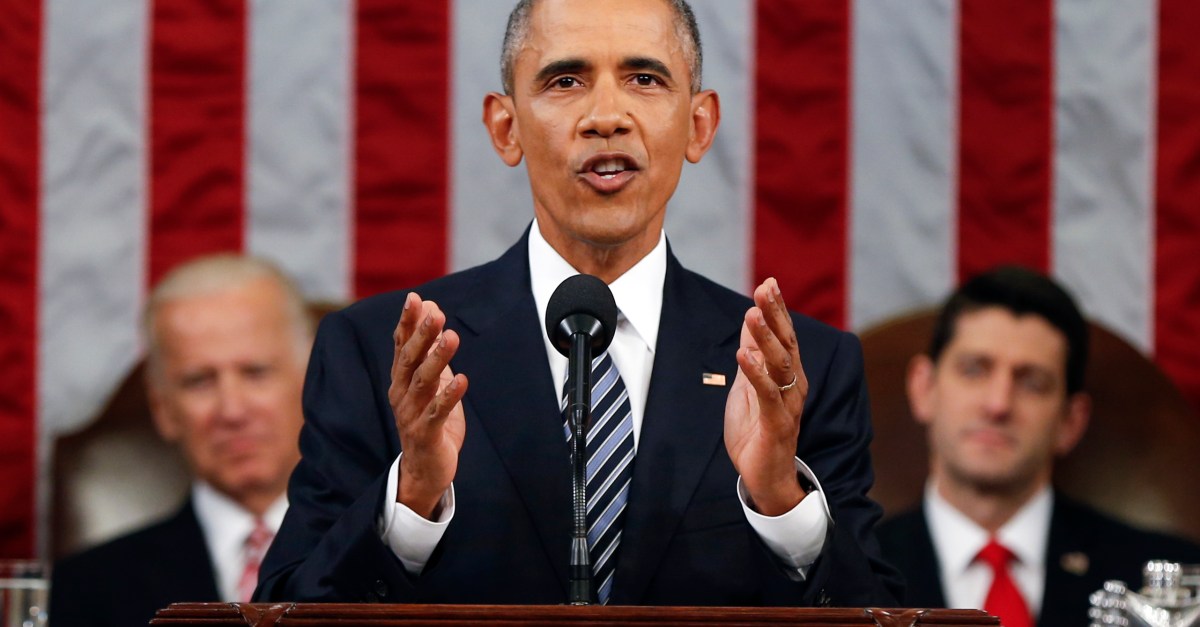 President Trump may have pledged his allegiance to Paris, Texas when he denied the Paris Agreement, but a collective amount of U.S. mayors are set to sign their own climate accord. Promising to take matters into their own hands by cutting the nation’s greenhouse emissions.

RELATED: Obama just broke the internet by making his own Joe Biden meme to celebrate his birthday

What’s being called the “Chicago Charter,” is a draft of an agreement that at least 36 U.S. cities have promised to sign Tuesday at the North American Climate Summit in Chicago. The agreement outlines a well constructed plan and set of instructions for how some of the country’s state governments plan to reduce greenhouse emission and monitor each others progress. The objectives are of course similar to what the Paris Agreement had in mind for the U.S.

“Each mayor is going to sign their own customized plan on how they are going to achieve the 2025 Paris Agreement. We’re all going to get to the same destination in our own individual way. It’s designed in such a way that it’s measurable.”

The plan highlights the main goal— reduce greenhouse gas emissions by up to 28%. This brings includes hard work from major cities like New York, Chicago, San Francisco, and Washington. The draft also outlines a way to track each city’s goals. The results are to be shared with the public.

But it’s not only U.S. mayors who are coming together at the summit, former President and Chicagoan Barack Obama is scheduled to speak on Tuesday in front of the gathering.

The former president will be introduced by his former Chief of Staff, mayor Rahm Emanuel, and will thank the 50+ mayors who are dedicated to the ideals of the Paris Climate Accord, a deal he signed in 2015.

“President Obama will drop by the North American Climate Summit in Chicago this afternoon, where he will give brief remarks to thank the leaders gathered at the summit for their ongoing work to combat climate change,” read a statement from Obama’s spokeswoman.

Trump’s skepticism and denial of scientific proof about climate change, forced him to make the decision in June to withdraw from the Paris Agreement. This led many state and local leaders to vow to take action into their own hands. Obama harshly criticized his successor for exiting the 195-nation agreement at the time.

“Even in the absence of American leadership; even as this Administration joins a small handful of nations that reject the future; I’m confident that our states, cities, and businesses will step up and do even more to lead the way, and help protect for future generations the one planet we’ve got,” Obama said in June.

Many big city American mayors agree that denying climate change as a threat makes Trump look a bit shortsighted. The president not only pulled us out of the agreement but also went on to criticize the climate accord calling it a deal “that disadvantages the United States to the exclusive benefit of other countries.”

Technically, the U.S. can’t give notice of its departure from the non-binding agreement until November 2019 under terms agreed upon when the pact was negotiated in 2015. Syria announced last month that they changed their minds and would join the accord, leaving the U.S. as the only country out of the agreement once it can formally withdraw.

The fact that big cities in the U.S. are undermining the President’s order is heroic, however, one part of the Paris Agreement that they won’t be able to duplicate: contributing billions of dollars that the U.S. and other governments pledged to help developing countries transition to cleaner forms of energy.

But that’s not what Salt Lake City Mayor Jackie Biskupski thinks. She said that the Chicago Charter is more than symbolic and that it will help municipal leaders track and share information on what efforts are having the most impact on reducing carbon emissions.

In Chicago, Emanuel says the city is already about 40% toward meeting its 2025 goals. The city got a head start by closing its last two coal plants in 2012, and has retrofitted more than 54 million square feet of office building more energy efficient.

RELATED: Michelle Obama has a message for everyone who has a Twitter

Emanuel has also pointed out that the investment into the city’s mass transit system was part of the solution. Chicago is in the midst of a several billion dollar modernization for the Chicago Transit Authority. The city has also been building more and more bike lanes, as well as expanding of the city’s bike sharing system. All of this has also been presented in pitches to large corporations when deciding to relocate.

“It would be better to have a national partner rather than fighting against the current…of an administration that is openly hostile to smart policies. I am proud to stand together with the leading global city climate networks including the Global Covenant of Mayors, Climate Mayors and C40 to take decisive action to improve our environment while bettering our communities, and that begins right here,” Emanuel said.