Chicago Cubs right fielder Jason Heyward plays catch a fan in the stands, who you just might recognize ;) 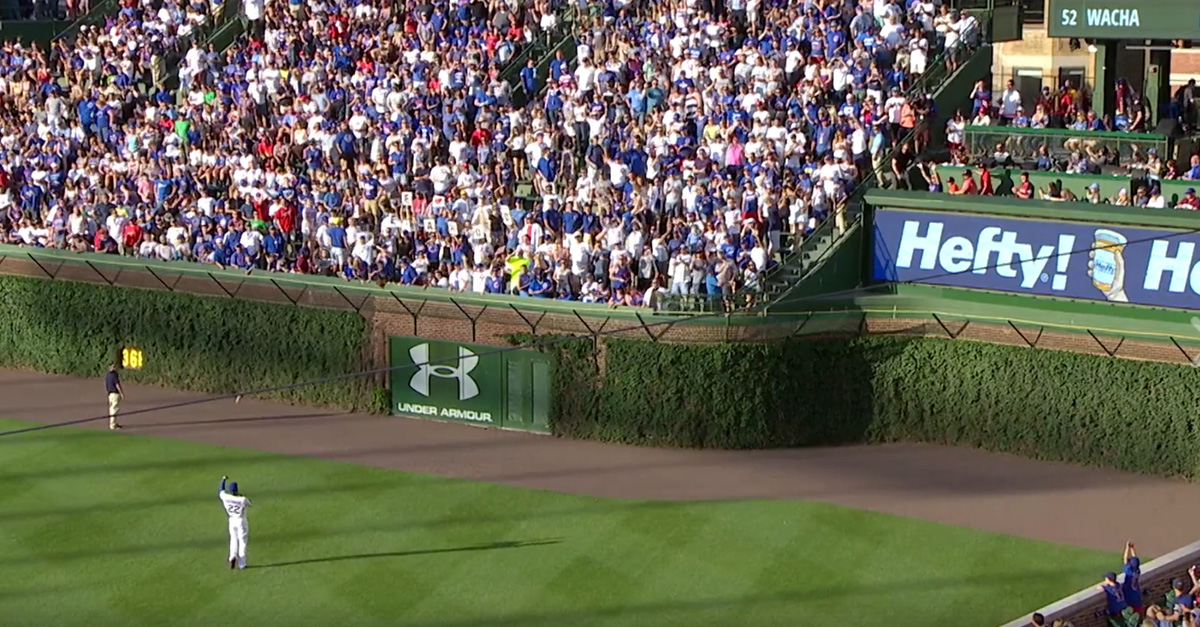 Former Chicago Cubs catcher hasn’t gone too far. Fresh off of a run on “Dancing with the Stars,” the former major leaguer was recently spotted playing catch at a Cubs game.

Footage shows right fielder Jason Heyward throwing the ball up to Ross, who was sitting in the Wrigley Field bleachers.

RELATED: MLB players and friends wish David Ross the best of luck as he enters the final stages of “Dancing with the Stars”

Ross was filling in as a commentator for Jessica Mendoza for ESPN’s broadcast of the game. The Cubs played the St. Louis Cardinals.

Also proof that you can take the boy out of the Cubs, but you can’t take the Cubs out of the boy.