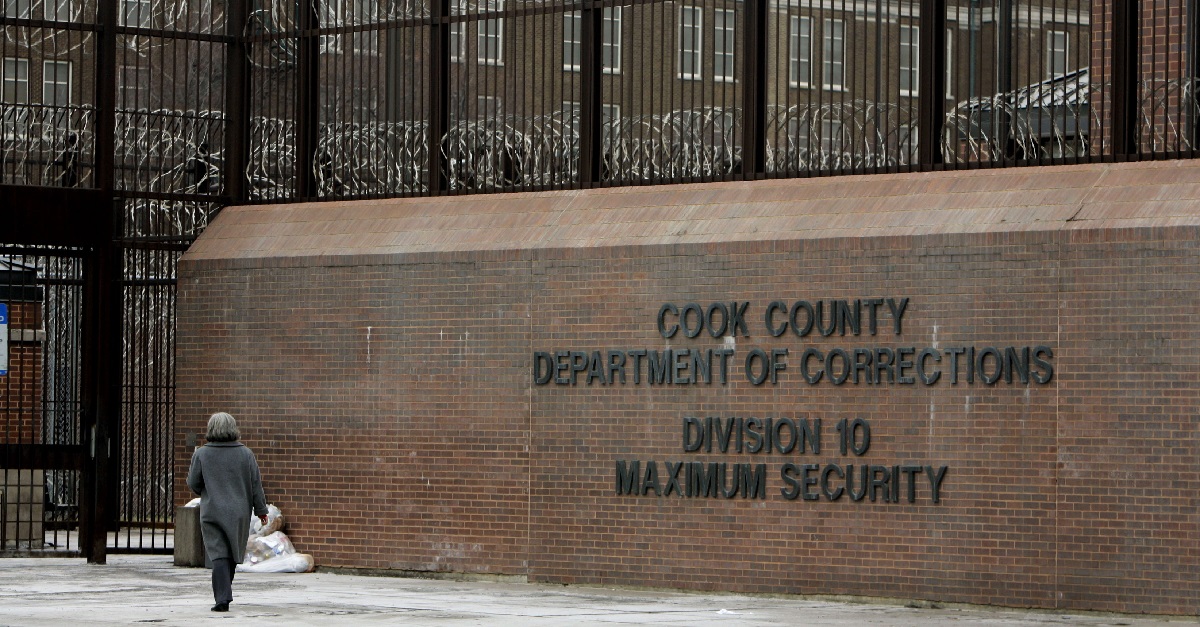 Earlier this year, Cook County Chief Judge Timothy Evans signed a court order that has revolutionized the prison system. The order says that someone who cannot afford to post bond and doesn’t pose a threat of violence cannot be jailed while waiting for a court date.

?Defendants should not be sitting in jail awaiting trial simply because they lack the financial resources to secure their release,? Evans wrote at the time.

Currently, the court order applies to suspects charged with a felony. It will apply to misdemeanor cases beginning January 1st.

Today, we’re seeing how this has drastically affected the prison system. Since the order took effect in September, Cook County jail’s population is now 5,909 inmates, a decrease of about 1,500 people and the first time below 6,000 in some time.

Up to 300 people on average are jailed each day in Cook County because they can?t post bonds of $1,000 or less, which was contributing to overcrowding in the 9,000-inmate county jail, the sheriff?s department said earlier this year.

Evans’s guidelines provide a way for judges to know how much bail is too much and how to assess that the suspect will show up for their day in court by using such means as electronic monitoring.

“Oppressive bonds are not being set, and money bond is only used as a last resort and then only set at an amount a person can afford,” said Cara Smith, chief policy officer for Sheriff Tom Dart. “It certainly suggests that this county?s practice of criminalizing poverty is ending. ? When the letter and spirit of the (bond) statute are embraced, far fewer people are being held pretrial.”

Cash-bonds have been criticized for unfairly targeting the poor. Because of this change, women in cases similar to that of Karen Padilla won’t have to worry about jail time for the smallest infractions.

Padilla was pulled over for having a broken headlight. The officer noticed a warrant against her for a nonviolent violation of parole which she was serving for an (also nonviolent) retail theft two years ago. Padilla was arrested, thrown in jail, and her court date was set for two months from the arrest.

At the time, she was seven-and-a-half months pregnant.

Her protests that her pregnancy would come to term before her court date fell on deaf ears.

Padilla believes this stressful situation contributed to the fact that her baby was born a month premature. She was taken to a hospital for the delivery, and that?s when her case finally came to the attention to the county sheriff?s department and state attorney?s office, which worked together to get Padilla and her baby released on bond.

It turns out that the judge in that case had violated multiple laws as how to govern bail bonds in the county.

At the time, Smith said that ?I think we can never forget that real people?s lives are impacted by the decisions that the system makes.”

?While this (jail population) decline certainly suggests a more just system, it is damning of the practices that existed before,? Smith added this week. ?The jail is designed to keep dangerous people off the streets pretrial. And over the years, Cook County has gotten far away from that kind of core premise, and hopefully we?re inching back toward that now.?