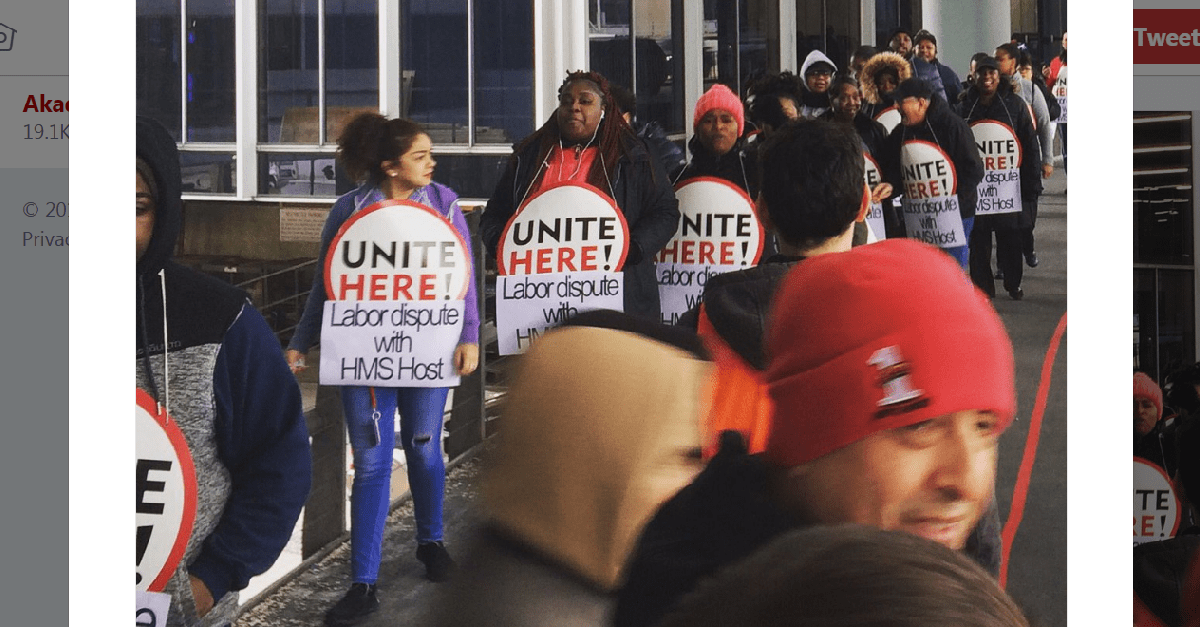 If you were getting a jump start on your holiday travel on Thursday and noticed something strange at certain restaurants, this is the reason.

At around noon, workers walked off their jobs for several hours, according to the Chicago Tribune. The workers are fighting for higher wages and affordable health care. The employees have been working without a contract since August.

RELATED: Chicago sending supplies to Puerto Rico and that?s not even the best part

A total number of strikers and from what restaurants has not been reported. Best rest assured, UNITE HERE Local 1 spokesman Noah Carson-Nelson said that there will not be any other walk-outs or strikes before Christmas.

HMSHost is the organization that runs the restaurants at the busy airport. In a statement, they said “it is unfortunate that Local 1 seems determined to inconvenience travelers despite our continued progress at the bargaining table.”

The union represents about 3700 restaurant workers at both O’Hare and Midway airports, from servers and bartenders to cooks and baristas. Workers voted to authorize a strike earlier this month.

HMSHost and the union aren’t scheduled to meet again until after the New Year.

Back in November, workers at Publican in O’Hare went on strike for a few hours. A spokesman for the restaurant told Eater that “kitchen and front of the house staff have been stressed having to deal with an absence of cooks and other team members” and “they?ve had to take up responsibilities that defy their original job descriptions causing a poor work environment leaving employees exhausted.”

In November of 2016, there was a strike from a different crew looking to increase wages. “Janitors, baggage handlers, cabin cleaners and wheelchair attendants are asking for a $15 hourly wage,” according to CNN. Some of those workers were making minimum wage which was $10.50 at the time.

One airplane cabin cleaner said that she has some co-workers who sleep in the airport because they can’t afford apartments. And that’s on top of demanding work schedules and conditions. “We work so hard and we hardly even get breaks,” she said. “When we go from plane to plane, we can’t even go to the bathroom.”

These strikes rarely interrupt service but provide a way to gain customer support and awareness of these often unseen issues.