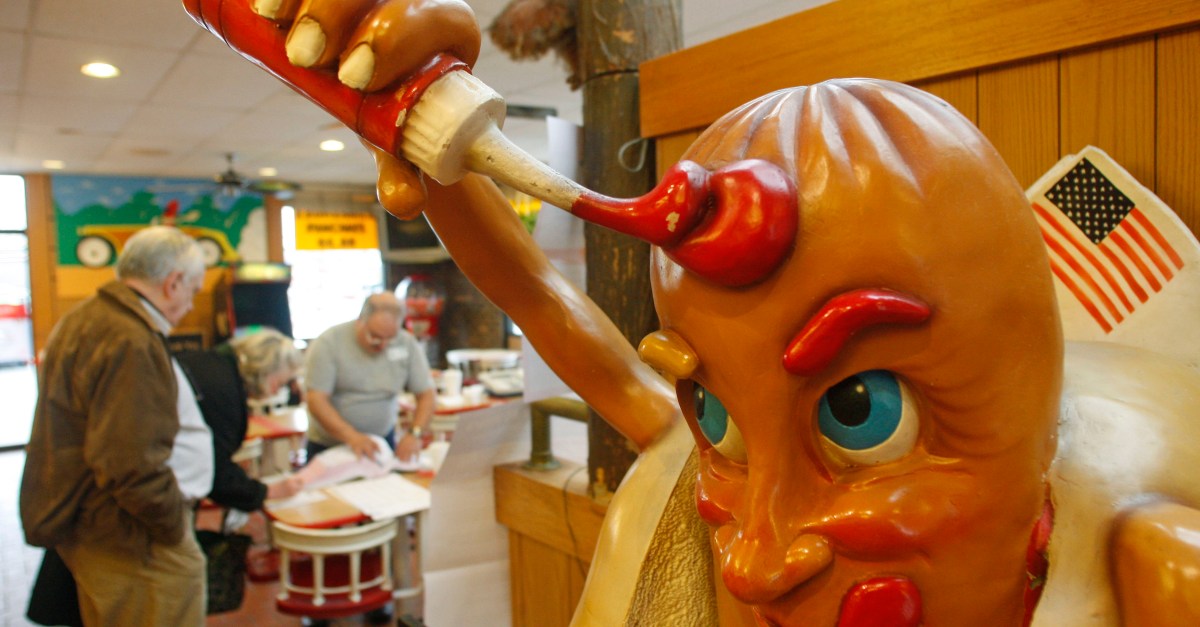 According to the Chicago Tribune, a 19 year old male has been admitted into the hospital with a serious groin injury.

RELATED: If you were looking for a reason to celebrate the Chicago-style hot dog, here’s your chance!

Terrion Pouncy, not the brightest bulb in the box, was hospitalized at Advocate Christ Medical Center in Oak Lawn on Tuesday. He was injured while trying to flee the scene after his planned robbery went wrong around 6 a.m. at the Original Maxwell Street Polish, 11656 S. Halsted St. in the West Pullman neighborhood.

According to records, he remained in the hospital through the week and so did not appear for his bond hearing Thursday. Judge Stephanie Miller ordered him held without bail, pending a hearing Tuesday, according to court records.

He showed up at the restaurant where he demanded money from the register and also stole an employee’s wallet and cellphone. While he was running from the restaurant, in a failed attempt to put the pistol in his pants and it went off, shooting him in the thigh and penis.

Officers later followed up on a call from Pouncy and found him near a car wash, he had called 911 to say he had been shot. Around the same time, employees had also called police to report the robbery.

Pouncy faces two counts of armed robbery with a firearm, with one of the employees listed as the victim in each of the separate counts.