It looks like the John Hancock Center is definitely changing names 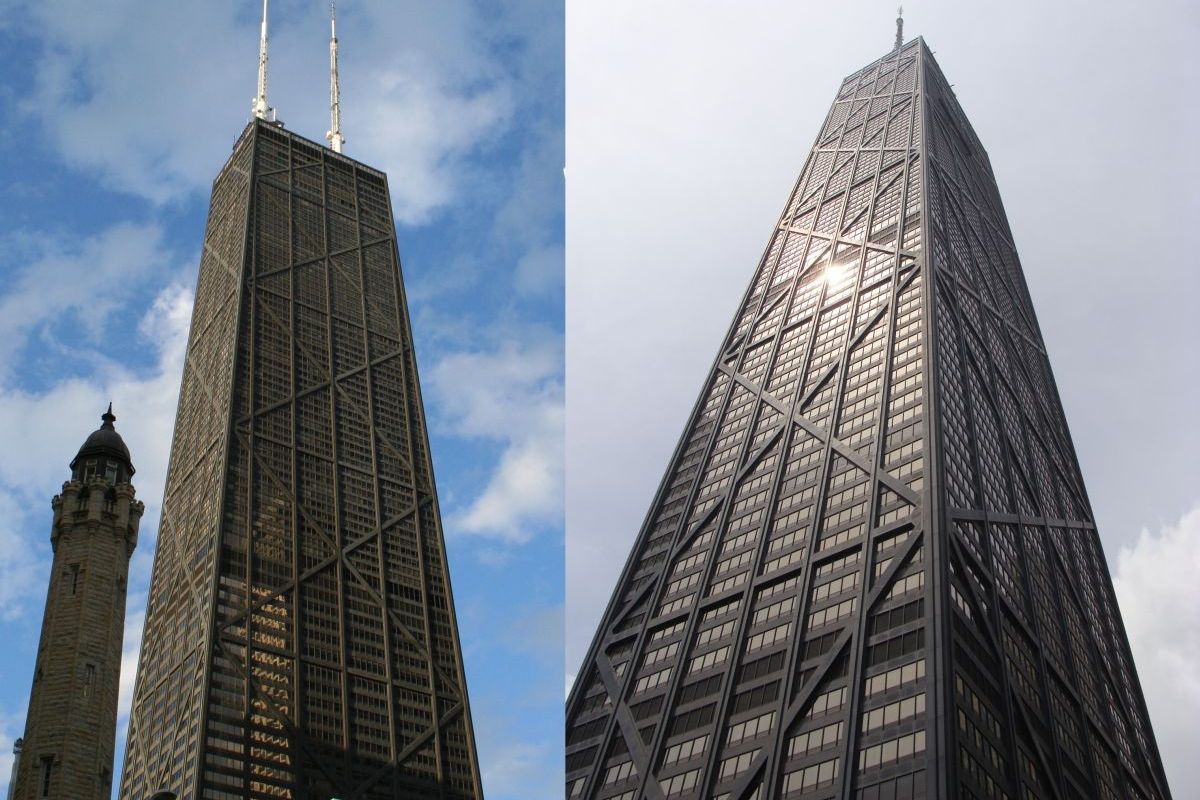 The John Hancock Center is getting a name change, nearly a decade after another of Chicago’s most beloved skyscrapers — the Sears Tower — switched identities and caused a civic uproar.

RELATED: The “Cheezborger” from Billy Goat Tavern is still a hit and you know it.

The Chicago Tribune reported that the building’s namesake, the John Hancock Mutual Life Insurance Co., has removed all of its logos and branding from the property, leaving the 100-story skyscraper nameless.

Though the tower was built by John Hancock in 1969, the insurance company’s commercial ties to the Mag Mile icon have dwindled since the firm was acquired by Canadian-based Manulife Financial in 2004. The rebranded group no longer maintains offices in the mixed-use tower.

News that Hearn was shopping a name change was first reported in early 2015. Since then, a number of follow-up stories claiming that a naming deal was forthcoming surfaced at fairly regular intervals. Based on a 2017 update, Hearn was hoping to sell not only the tower’s name but also its 28 levels of office space and 717-car parking garage for $330 million.

Until the naming rights are sold, the building will be known as 875 N. Michigan Ave.—it’s address—until a new name is picked, the paper reported citing the building’s owner.

Stephen Hearn, president and CEO of Hearn Co., the company that owns the building, said he was sensitive to the city’s attachment to building names—like the how many residents refuse to refer to the Willis Tower as anything other than the Sears Tower. He told the Tribune:

“I want to put an identity on this property that everyone in Chicago can be proud of,” he told the newspaper.

TimeOut Chicago tossed around a few hilarious ideas to replace the name, it’d be a shame not to share them with you all:

1. Chance the Tower
The rapper recently expressed his interest in buying a condo in the historic building.

2.The More Attractive Than Aon Center
TimeOut says: Of the two prominent Chicago buildings that refer to themselves as “centers,” the one on Michigan Avenue is definitely better looking.

3. Poltergeist Pads
Our personal favorite: While the John Hancock Center served as the setting of the least memorable Poltergeist sequel, there’s probably a considerable number of hardcore horror fans who’d love to live in (or visit) Chicago’s spookiest spire.

If recent history is any indication, the Hancock—along with the Sears, Comiskey Park, and State Street’s Marshall Field’s—will likely remain stubbornly rooted within the Chicago lexicon for many years to come.