The out of this world of Takashi Murakami now holds the title for most popular exhibit ever at the Museum of Contemporary Art. As of Wednesday afternoon, more than 193,000 people had seen “Takashi Murakami: The Octopus Eats Its Own Leg” – breaking the museum’s previous record for attendance which was the “David Bowie Is” 2014-15 exhibit.

The museums’ chief curator, Michael Darling says “The audiences for this show have been amazing, incredibly youthful and diverse with an enthusiastic thirst for all that Murakami produces,”

Murakami is a Japanese pop artist who’s collaborated with many including Louis Vuitton to Kanye West. Murakami has delivered a total of 50 works for the museum’s exhibit, which include some of his earlier works and in addition, never-before-seen pieces. The exhibit was developed in partnership with pop culture magazine Complex, which ran a pop-up merch truck outside the museum during the run.

Murakami features a wide array of colorful characters, drawing from Japanese manga comics in a familiar aesthetic in today’s modern art world. When the exhibit opened in June, Darling said the “super flat” expression Murakami coined – “flattens out” the distinction between high and low art, making his work accessible to all.

But Murakami could not do it alone. He employs over 100 assistants who help with his paintings, one of which stretches more than 300 feet long. The exhibit’s namesake installation, “The Octopus Eats Its Own Leg,” takes up an entire room and stretches 114 feet.

Murakami is also known for designing Kanye West’s “Graduation” album cover as well as collaborating with Adidas and Louis Vuitton, to name just a few. The exhibit runs through Sunday and timed tickets are required to see it this weekend. Those who are 21 and older can see the exhibit during the museum’s late-night Prime Time event from 7-11 p.m. on Saturday. 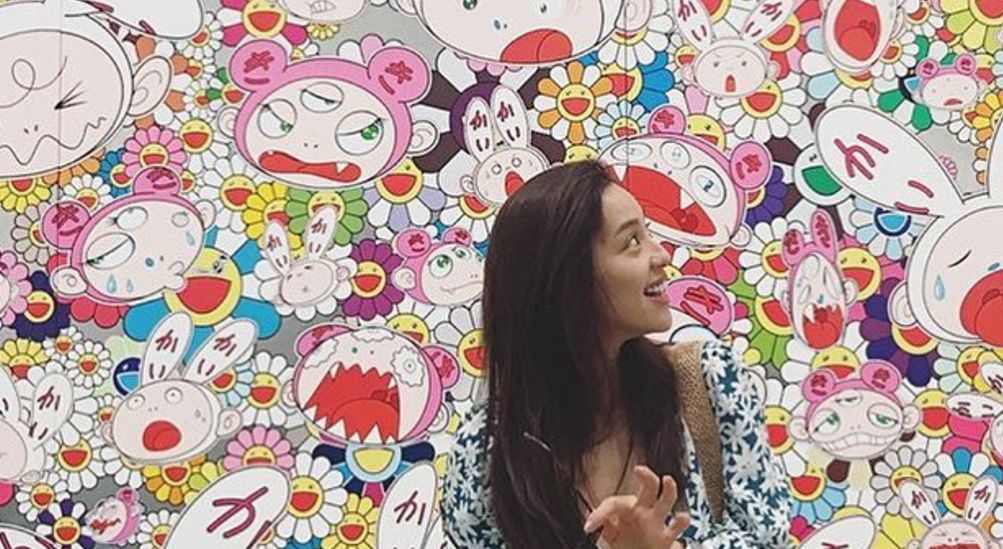