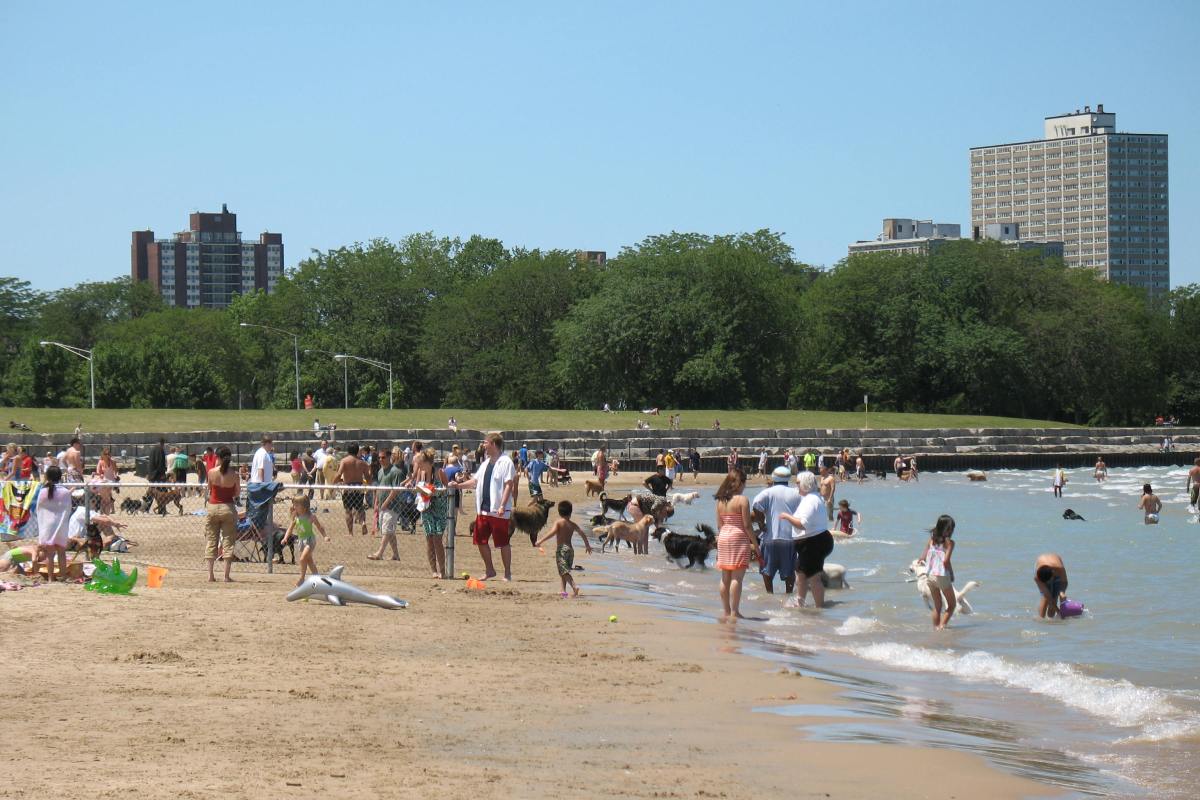 Police shut down an area of Montrose Beach dog park after discovering a gruesome piece of evidence for an ongoing murder investigation, according to The Chicago Sun.

A human arm was found Tuesday afternoon washed up on the Lake Michigan shoreline just north of the dog park at Montrose Beach. Detectives on the scene believe it is tied to a case involving the death of an elderly woman whose son allegedly admitted killing her and dumping parts of her body in the lake last week. Chicago police dive teams have been searching the shoreline for several days for a bag containing the dismembered head and arms of Gail Peck, 76.

RELATED: Crime is getting so bad in the Noble Park area, a police meeting needed to be moved

A passerby discovered the arm about 1:20 p.m., according to police. The arm was sent to the Cook County Medical Examiner’s office where it will undergo DNA testing, officials said.

Becky Schlikerman, a spokeswoman for the medical examiner’s office, said the limb could not be confirmed as human remains until further testing scheduled to begin Wednesday, but police said it was a human arm.

Brian Peck, 55, Gail’s son, has been charged with her murder and concealment of a homicidal death. He admitted that while living in their Elgin home in the early morning of Oct. 25, he killed her out of spite. Apparently, she had complained that he was playing his Jimi Hendrix music too loud, Cook County prosecutors allege.

On Oct. 28th police responded to a report from a fisherman, who had snagged two weighted duffel bags in the Lincoln Park Lagoon, just east of the Lincoln Park Zoo. The bags contained Gail Peck’s torso and legs. The third plastic bag, containing Gail Peck’s arms and head, which Brian Peck allegedly told police he dumped in the lake, has not been located.

Elgin police Cmdr. Colin Fleury said he could not confirm whether or not the remains found Tuesday were that of Gail Peck, but that authorities had been searching the same area in relation to the case.

“We really would like to collect the rest of her remains,” he said. “For peace of mind, for the family, for probably anyone that goes in the water there, we really want to find her remains.”

RELATED: Police warn that the reported “zombie dogs” are actually something a bit worse

After he reported his mother missing on Oct. 27, police conducted an hours-long search of the area that including the use of ATVs, a drone, a helicopter and members of the public. Brian Peck was charged with premeditated first-degree murder, first-degree murder and concealment of a homicidal death. A Cook County judge denied him bail.