The biggest food debate has been settled by a surprising candidate 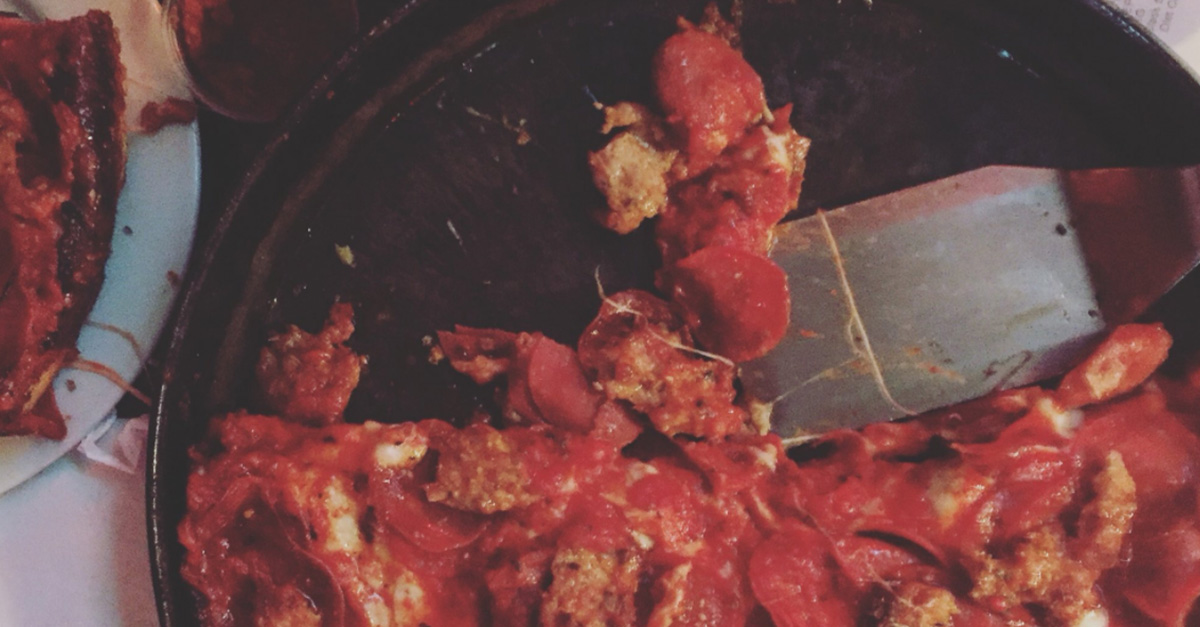 The long standing debate that has torn friendships and families apart for years has now officially been settled: Chicago pizza really is better than the sad excuse of a slice they serve up in New York.

The decision has been made not by a Chicagoan, but by the man whose job it is to relay praises of his boss, New York Mayor Bill de Blasio. Eric Phillips, the mayor’s press secretary, didn’t just tip his hat to a good Chicago pizza, but rather, he screamed his love for the Windy City’s pie all over Twitter, according to the Chicago Sun Times.

RELATED: Bartucci is a hidden gem with the most authentic and fresh Italian food in Chicago

Phillips, a Wisconsin native, was in town to watch the Packers dominate the Bears when he decided to stop for a Pequod’s pizza, which he deemed the best pizza in all of the United States.

This is the best pizza in the United States and it’s not close. pic.twitter.com/wnKBUjuHkl

“The overloaded high-quality toppings, the tanginess of the sauce and the airiness of the dough bring it all together. But the slightly charred crust separates it from the rest,” Phillips told the Chicago Sun-Times in an email Tuesday. “Like Chicagoans, New Yorkers appreciate honesty and authenticity. We don’t like phonies, so I try not to be one.”

Phillips said he had to come out with his love for Chicago pizza to maintain his honesty, deeming it a topic worth facing some hungry and angry New Yorkers about. It didn’t take long for those bitter New Yorkers to lash out at Phillips, calling him a clueless Midwestern native and deeming his tweets blasphemous.

With a bit of whining, New York gained the support of its native Chicago Democratic politico, David Axelrod, who joined the ring to battle against Chicago’s deep dish.

Despite the name calling and criticism of New Yorkers however, Phillips stood his ground, throwing some gut-wrenching punches of his own to the lesser pizza.

At least we agree on Manny's. And what's wrong with cheese pie?! My favorite NYC-style is Joe's on 14th street. https://t.co/xyp6SyX47M

“I’ve lived in NYC for 12+ years. The flat, foldable, salt-less pizza is fine. I eat a lot of it,” Phillips said. “But it’s not as good as Chicago pizza. It’s like Salisbury steak vs. actual steak. Sorry.”

Let's end this debate once and for all! What is your go-to pizza order?!😆 = New York Style❤️ = Chicago Deep Dish👉🏼Share with your friends and see if they are right or wrong!