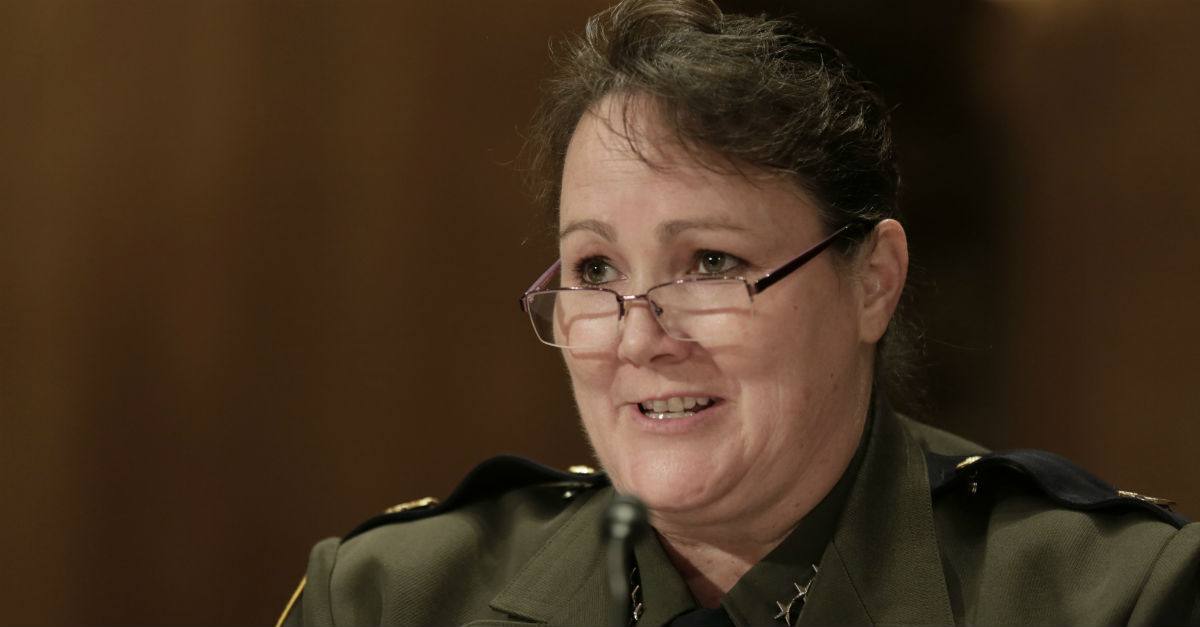 The first female Border Patrol chief believes that the new president has empowered her and others in a way they haven’t felt in a long time.

Former Drug Enforcement Administration Chief Chuck Rosenberg resigned from his position in September following a controversial statement President Trump made to police officers in Long Island in July. Trump told members of the New York Police Department “please don’t be too nice” when arresting suspects, a comment critics interpreted as support for excessive force and police brutality. Rosenberg reportedly took the comments as evidence that Trump “had little respect for the law.” A few months later, Rosenberg resigned.

Border Patrol Chief Carla Provost sat down with journalist Amanda Ripley for an interview on Politico’s “Women Rule” podcast. There, Ripley asked Provost what she thought of Rosenberg’s comments about Trump and his resignation, as well as how she felt about being the first woman to head the agency.

“I mean, we just recently had the head of the DEA resign, saying that he feels that President Trump does not respect the rule of law. I mean, your whole life has been about the rule of law, and the agents are there to defend the rule of law. Is there a flip side to some of this same rhetoric?” Ripley asked.

Provost responded by saying that she and other agents felt “empowered” by Trump to perform their duties:

Provost joined the agency in 1995 after working as a police officer for a number of years. When Ripley asked her about what she meant when she previously said she “never saw [herself] as a female agent,” Provost responded, “What I mean is I see myself as a Border Patrol agent. And [there is] no difference between female agents, male agents; we’re all Border Patrol agents, and that was something I’ve always, I guess, aspired to throughout my career.

“[T]he key in the Border Patrol is if you go out, you do a good job, then you’re recognized for it, whether you’re male or female.”

The full interview is available below.