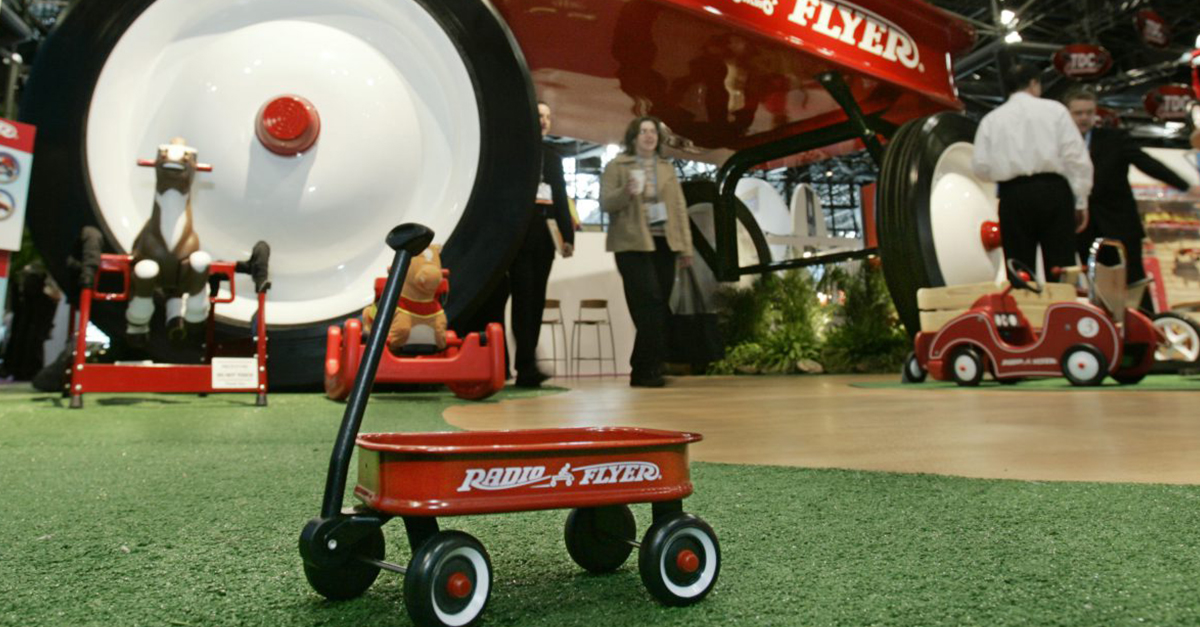 Many great things are born in Chicago, and that Red Radio Flyer wagon you used to play in all the time as a kid happens to be one of those great things that was born in the Windy City just 100 years ago.

You may be familiar with the wagon itself, but the story behind it is more than anyone could imagine. A young and ambitious Antonio Pasin created the idea, but the story begins long before that.

At the turn of the century, Pasin came to the U.S. from Northern Italy with his family selling their mule for passage into the States, according to CBS. It wasn?t right away however, that the wagon came about. Pasin began first by building phonograph cabinets in 1917 and built little wooden wagons to help him carry around his tools.

RELATED: An old video shows the Chicago World?s Fair of 1933 in technicolor beauty

?At its core, the iconic wagon is a vehicle of the imagination,? company Chief Wagon Officer Robert Pasin told CBS. ?At a very early age I fell in love with my grandfather?s story. He made a little wagon to haul tools around in the shop, and before long he was selling more wagons than phonograph cabinets.?

After years of selling in small quantities as a side business, an opportunity came up for the inventor when, in 1933, the World?s Fair came to Chicago. Antonio went into debt without hesitation, investing in a towering pavilion to sell his wagon from.

RELATED: The story of Chicago?s 1909 plan and the City Beautiful movement show how Chicago?s been a world leader for more than a century

The wagon took the name Radio Flyer because of the cutting-edge feelings associated with radios and flight at the time. To keep his product affordable, Pasin used the automated metal stamping technique that was widely used in the auto industry, earning him the name Little Ford.

Since then, the wagon has become its own empire with creative minds building the most innovative wagons out there and little kids creating a lot of great memories with the product that began as a simple tool.

?My grandfather was an immigrant,? Robert told CBS. ?He came from humble beginnings [and] he felt part of being in business was to create a workplace that gave back.?