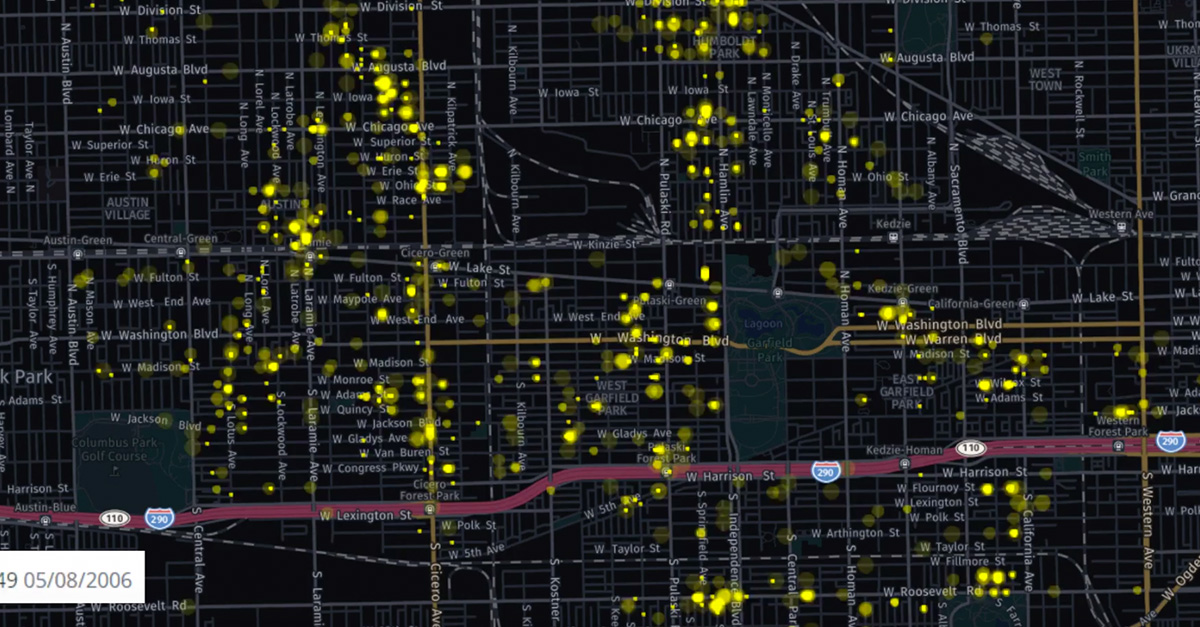 As the Chicago Police Department continues to crack down on narcotics, specifically heroin, visual representations of the department’s work over the past six year in Chicago’s West side seem to show progress.

A recent post by MantasCode attempts to understand the West side’s narcotic trends with a specific focus on heroin by using heat and geo-temporal maps. Using the heat map allows for a more visual representation with the larger and more noticeable spots indicating more drug related incident reports in the area.

Related: A local pizza place was caught selling more than just pizza and now she faces 60 years behind bars

The video also uses a time lapse to demonstrate the trends of these incidents over the years beginning in 2001 and getting as current as June of this year. The time lapse indicated areas where these reports seem to occur more frequently along with other small places that seem to attract little attention.

Coming closer to the present, it appears as though less reports have been filed in the West side in general as police continue to clean drugs off of the streets of Chicago.